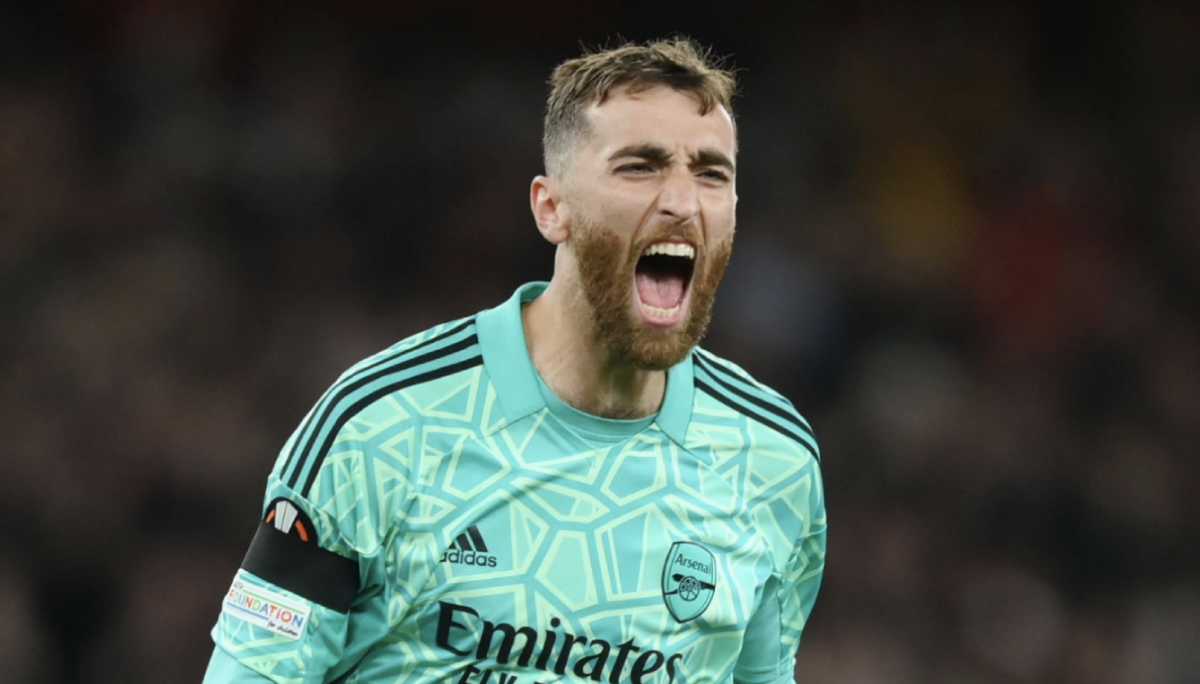 Turner made one save in Arsenal’s 1-0 road victory over Bodo/Glimt, earning his third victory as an Arsenal player. The U.S. men’s national team goalkeeper also completed 11 long passes, 23 total passes, and made five sweeper moves, helping the Gunners remain perfect in the group stage. Turner’s biggest moment came in the 52nd minute as the 28-year-old as he dove to his left and palmed away Amahl Pellegrino’s shot on a breakaway. His latest strong performance garnered praise from Arsenal manager Mikel Arteta after the Gunners moved to 3-0-0 in the competition.

“He’s improving, he’s getting better, we are demanding things that are different to what other managers have demanded him to do,” Arteta said. “He was much better in the first half than the second half.

“In my opinion we can have more control, he was phenomenal in goal, the way he reads the situation, especially the defending the back of the central defenders, when he needs to control the space there, the way he set himself in the one on one situation he had, was really good,” Arteta added.

Arsenal will visit Leeds United in Premier League action on Sunday before hosting PSV in a rescheduled Europa League match on October 20.

Also in Europe, Josh Cohen posted a five-save shutout for Maccabi Haifa in a 2-0 win over Juventus. Weston McKennie played 45 minutes from the start for Juventus. Cameron Carter-Vickers logged 90 minutes in a 2-0 loss for Celtic at RB Leipzig.

Sergino Dest came off the bench and played 53 minutes in AC Milan’s 2-0 loss to Chelsea on Tuesday.

Christian Pulisic dressed but did not play for Chelsea.

Gio Reyna came off the bench and played 19 minutes in Borussia Dortmund’s 1-1 draw with Sevilla on Tuesday.

Malik Tillman, James Sands dressed but did not play in Rangers 7-1 loss to Liverpool on Wednesday.

Timmy Chandler dressed but did not play in Eintracht Frankfurt’s 3-2 loss to Tottenham on Wednesday.

Owen Otasowie did not dress in Club Brugge’s 0-0 draw with Atletico Madrid on Wednesday.

Matt Turner started, made ONE SAVE, and played 90 minutes in Arsenal’s 1-0 win over Bodo/Glimt on Thursday.

Romain Gall dressed but did not play for Malmo.

Mix Diskerud came off the bench and played five minutes in Omonia Nicosia’s 1-0 loss to Manchester United on Thursday.

Henry Wingo did not dress in Ferencvaros 2-1 win over Red Star Belgrade on Thursday.

Richie Ledezma came off the bench and played 45 minutes in PSV’s 5-0 win over FC Zurich on Thursday.

Samuel Shashoua did not dress in Tenerife’s 0-0 draw with Cartagena on Wednesday.

Ian Harkes came off the bench and played 21 minutes in Dundee United’s 1-0 win over Hibernian on Tuesday.