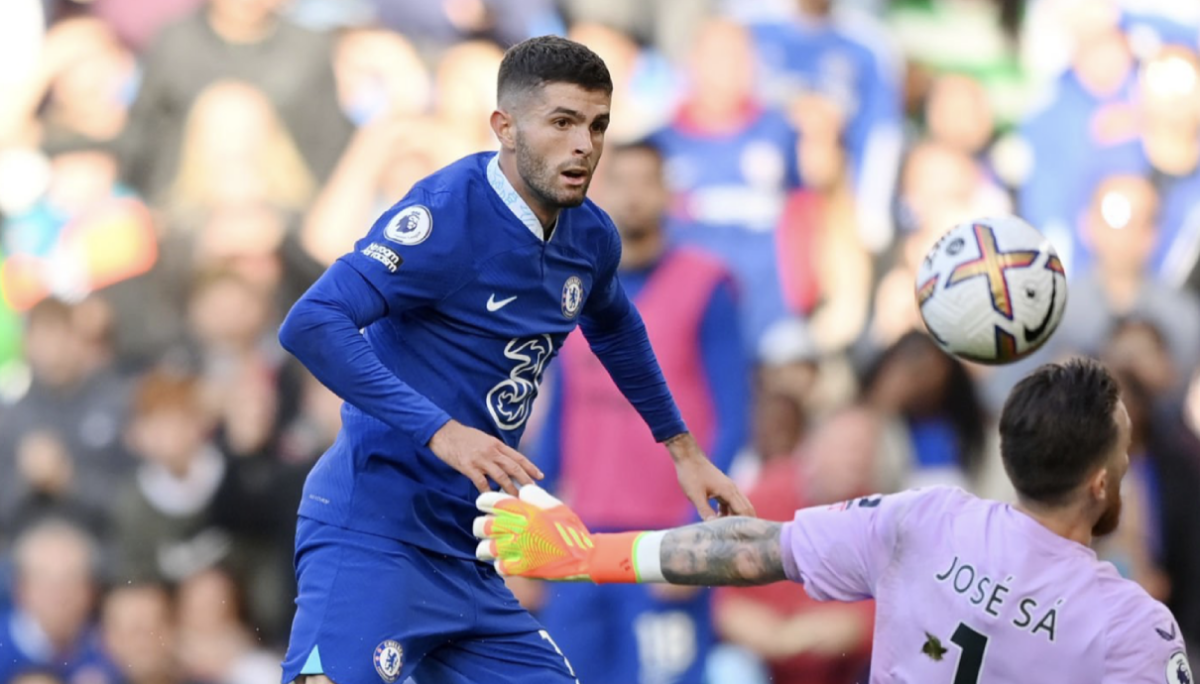 Christian Pulisic earned his first start in the Graham Potter-era on Saturday and rewarded his new manager by scoring his first goal of the English Premier League season.

Pulisic scored Chelsea’s second goal in a 3-0 home win over Wolves at Stamford Bridge, impressing in a 72-minute performance. It was Pulisic’s first Chelsea goal since scoring in a 3-0 league victory over Leeds United in May 2022.

Kai Havertz scored the opening goal for the Blues in the third minute of first-half stoppage time, propelling Chelsea in front at home. Pulisic came close to scoring in the first half, curling a long-range shot that Wolves goalkeeper Jose Sa had to repel away from finding the top-right corner.

Pulisic was not denied on his second attempt though in the 54th minute, chipping a shot past Sa into the bottom-right corner. Mason Mount and Pulisic played a 1-2 into the box before the 24-year-old beat Sa with a clever finish.

Pulisic was substituted off in the 72nd minute, but was able to watch Armando Broja’s insurance goal in the 89th minute. He finished with an 99% passing rate, one duel won, one tackle completed, and one recovery.

Chelsea moved up to fourth place in the EPL standings with its home victory and will next travel to AC Milan in UEFA Champions League action on Tuesday.