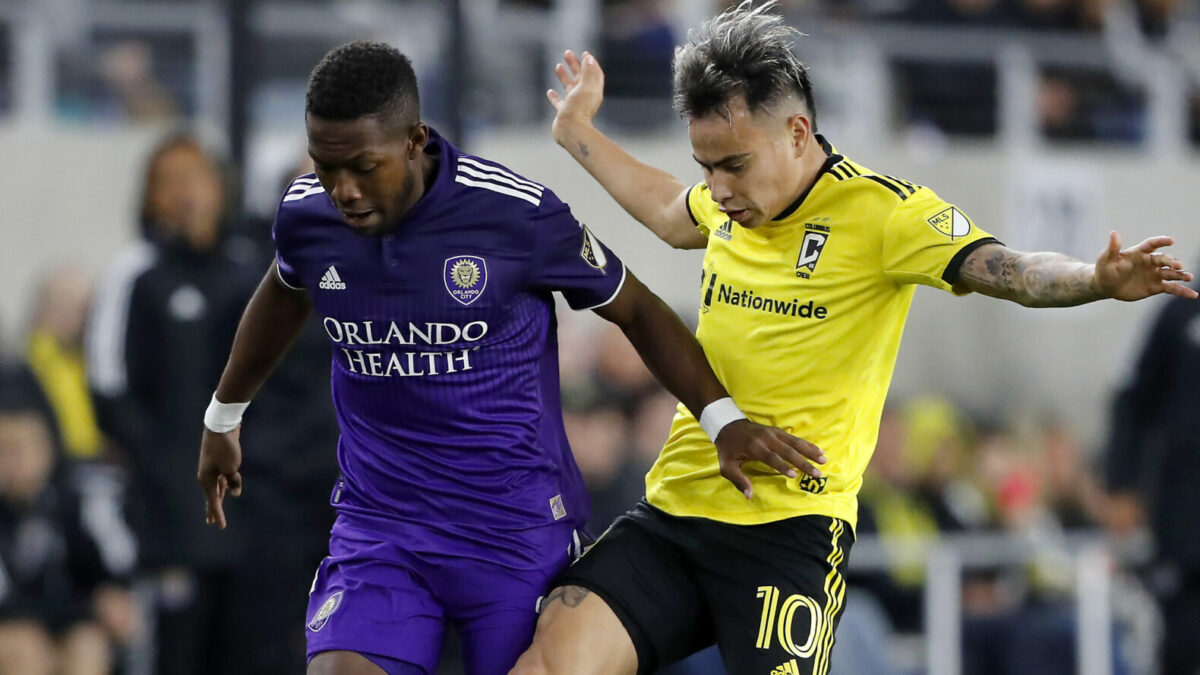 A total of four spots for the 2022 MLS Cup Playoffs remain up for grabs heading into Decision Day with several teams in the mix to lock up their place in the postseason.

Three teams are fighting for the final two spots in the Eastern Conference with FC Cincinnati and the Columbus Crew currently sitting above the red line. Inter Miami’s 4-1 win over Orlando City on Wednesday clinched the Herons a spot in the playoffs, extending its winning run to five matches.

Orlando City is on the outside of the playoff picture in the East following a 4-1 hammering at the hands of their in-state rivals on Wednesday. The Lions have lost four of their last five matches and won’t find it any easier this weekend against fellow playoff chasers Columbus Crew.

FC Cincinnati will pay already-eliminated D.C. United a visit on Sunday, needing a victory to have zero worries about what happens elsewhere.

Both Portland and Minnesota are currently sitting above the red line in the West, but could be leapfrogged by RSL and Vancouver respectively if they suffer defeats on Sunday.

Several playoff seeds will also be determined in Sunday’s action with the Philadelphia Union still being chased by CF Montreal for the No. 1 seed in the East. FC Dallas is not locked for the No. 3 seed in the West either, as the L.A. Galaxy and Nashville SC both sit behind them on three points apiece.

Here’s a closer look at the top Decision Day matches to watch on Sunday:

The Columbus Crew are currently hanging onto the final playoff spot in the Eastern Conference, but a loss to Orlando City would send the Lions into the top-seven and eliminate Caleb Porter’s squad from postseason contention.

The Crew’s 2-2 draw with FC Charlotte on Wednesday was the latest blemish on their inability to close out results. Although the Crew have only suffered one loss in their past 10 matches, they have only picked up two victories over that span. Lucas Zelarayan reached double-digit goals (10) in Wednesday’s draw and will be joined by Cucho Hernandez and Luis Diaz in the Crew attack at Exploria Stadium.

Orlando City have capitulated since winning the U.S. Open Cup in early September, losing four of their last five matches. That horrid run of form has bumped Oscar Pareja’s squad into eighth place heading into a must-win at Exploria Stadium on Sunday. A 4-0 victory over Toronto FC was the only highlight from the Lions busy schedule, being outscored 12-3 in their defeats. Ercan Kara leads the team with 11 goals while Facundo Torres (eight goals, nine assists) has also been a positive signing for the club.

RSL has failed to win any of its last six matches in all competitions, only scoring three goals in the past 450 minutes of action. Sergio Cordova’s nine goals have been a bright spot for the squad, but overall someone needs to step up and deliver in the final third this weekend. Jefferson Savarino, Justin Meram, and Anderson Julio have combined for 12 goals this season and will be fighting to start in Pablo Mastroeni’s squad this weekend.

The Timbers have failed to win either of their last two matches, most recently conceding a 95th minute winner to LAFC in a 2-1 loss on Sunday. Giovanni Savarese’s men will start Sunday’s schedule above the red line in the Western Conference, but cannot afford a loss on the road in Utah. Dairon Asprilla, Jaroslaw Niezgoda, and Santiago Moreno have combined for 25 goals and 10 assists this season while Sebastian Blanco remains a key veteran playmaker to have off the bench.

FC Cincinnati is closing in on a first-ever involvement in the MLS Cup Playoffs, but Pat Noonan’s side will need to defeat D.C. United to avoid any drama in Sunday’s busy slate.

FC Cincy comes to Audi Field off the back of their first loss since July 17, losing 3-2 to the Chicago Fire at TQL Stadium. The offense has been clicking for FC Cincy in recent weeks with Brenner, Brandon Vazquez, and Luciano Acosta remaining one of the top offensive units in MLS this season. Brenner, Vazquez, and Acosta have combined for 41 goals and 28 assists this season, and will be key on whether or not FC Cincy can get over the red line in D.C.

D.C. United is winless in five-straight under Wayne Rooney and will aim to claim only a fifth home win and an eighth overall victory on Sunday. The Black and Red have only scored two goals in the past 450 minutes of action, losing to Sporting KC, Inter Miami, and CF Montreal in recent weeks. Christian Benteke (one goal) will likely lead the attack with Taxi Fountas unavailable for D.C. United.

Minnesota United’s slide down the Western Conference standings has come at the worst time for Adrian Heath’s side and with a red-hot Vancouver Whitecaps squad coming to Allianz Field, the odds will be against the Loons to get the job done at home.

The Loons will start Decision Day two points in front of the Whitecaps for the final playoff spot, needing a victory to truly lock up their postseason berth. Adrian Heath’s squad have failed to win any of their last six matches, losing five of those, and scoring just two goals in total. Even with star playmaker Emanuel Reynoso pulling the strings, the Loons have struggled for consistency in front of goal, and at the back of their formation. Luis Amarilla (nine goals) will hope to help Reynoso in the final third while Michael Boxall and Brent Kallman try and sure things up at the back.

The Vancouver Whitecaps are flying high with three-consecutive victories heading into Sunday’s showdown in St. Paul. Not only are the Whitecaps winning, they are beating playoff-quality opponents, knocking off the L.A. Galaxy and Austin FC in recent weeks. Scottish international Ryan Gauld has two goals and two assists during the Whitecaps winning run while Pedro Vite has also delivered his first two goals of the season as well. Tristan Blackmon headlines the Whitecaps backline while Thomas Hasal has been key in between the posts.

Here’s a full look at the Decision Day schedule: