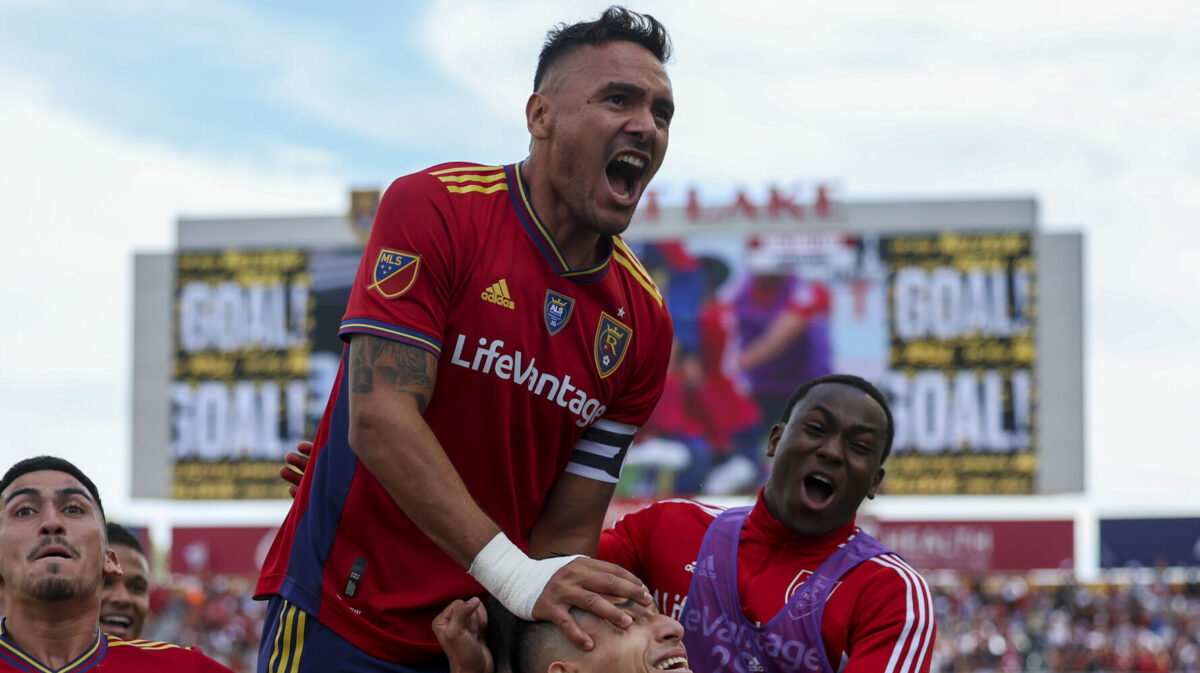 Real Salt Lake and Minnesota United both had their backs up against the wall heading into Sunday’s Decision Day, but officially sealed their MLS Cup Playoff berths with comfortable home victories.

RSL clinched the seventh and final playoff spot in the Western Conference thanks to a 3-1 victory over fellow playoff chasers Portland Timbers. Jefferson Savarino, Rubio Rubin, and Bode Davis all celebrated goals as Pablo Mastroeni’s side jumped ahead of the Timbers, eliminating the visitors in the process.

Real Salt Lake will visit No. 2 seed Austin FC in the first round of the playoffs thanks to Sunday’s victory.

Minnesota United’s six-match winless run was ended on Sunday after Adrian Heath’s side downed visiting Vancouver Whitecaps 2-0 at Allianz Field, sealing the No. 6 seed. Franco Fragapane and Jonathan Gonzalez both scored while Dayne St. Clair posted a seven-save shutout in goal. The Loons will visit FC Dallas next weekend.

Both the L.A. Galaxy and Nashville SC were also victorious in Sunday’s action, setting up a head-to-head showdown at Dignity Health Sports Park next weekend. The Galaxy brushed aside the already-eliminated Houston Dynamo 3-1 while Nashville SC defeated Supporters’ Shield winners LAFC 1-0 away from home.

The winner of the LA Galaxy/Nashville SC matchup will visit Supporters’ Shield-winning LAFC in the semifinals. In addition, the winner of Austin FC/RSL will face the winner of FC Dallas/Minnesota United, with the higher seed hosting