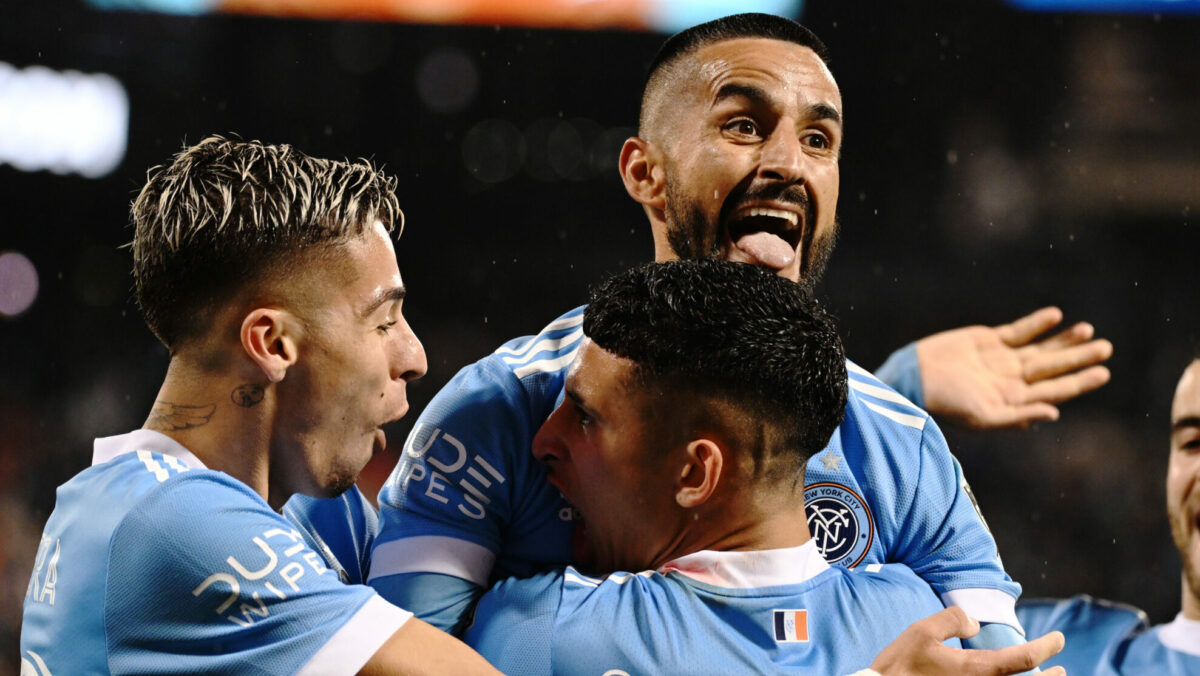 New York City FC turned it on at the tail end of the MLS regular season and Nick Cushing’s side carried that run of form over to its playoff opener on Monday night.

Gabriel Pereira and Maxi Moralez scored six minutes apart in the second half leading the defending MLS Cup Champions to a 3-0 win over Inter Miami. Heber added an insurance goal in second-half stoppage time to ice the shutout victory.

A frantic first half featured both teams having good opportunities to grab an early advantage. Sean Johnson denied Robert Taylor from finding the top-right corner in the fifth minute before Drake Callender’s crossbar repelled Thiago Martins’ header from close range in the 10th.

Inter Miami’s defender came to the rescue in the 23rd minute, clearing Heber’s low drive from finding the bottom-right corner. Damion Lowe’s clearance deflected off the crossbar before Christopher McVey’s follow-up also caromed off the bar and out.

Johnson rejected Gonzalo Higuain’s curling effort in the 57th minute, denying the veteran striker from finding the bottom-right corner. NYCFC picked up its pressure as the second half went on, finding the breakthrough goal in the 63rd minute.

Santiago Rodriguez’s fast break was eventually capped off by Gabriel Pereira’s curling finish into the top-left corner. Aime Mabika failed to close Rodriguez down, watching as the Uruguayan’s assist led to a 1-0 NYCFC lead.

Rodriguez set up NYCFC’s second goal in the 69th minute, this time passing to Maxi Moralez for a confident finish. Moralez beat Callender to the bottom-left corner, celebrating his first league goal since Aug. 26.

Heber iced the victory for NYCFC by scoring off his own rebound in the 92nd minute, capping off a dominant second-half for the hosts.

Johnson finished the match with three saves as NYCFC earned a third-consecutive home victory over the Herons in league play. Inter Miami’s loss ends Higuain’s stay with the club after the Argentine announced his retirement plans earlier this fall.

NYCFC will next visit No. 2 seed CF Montreal in the Eastern Conference semifinals on Oct. 23.