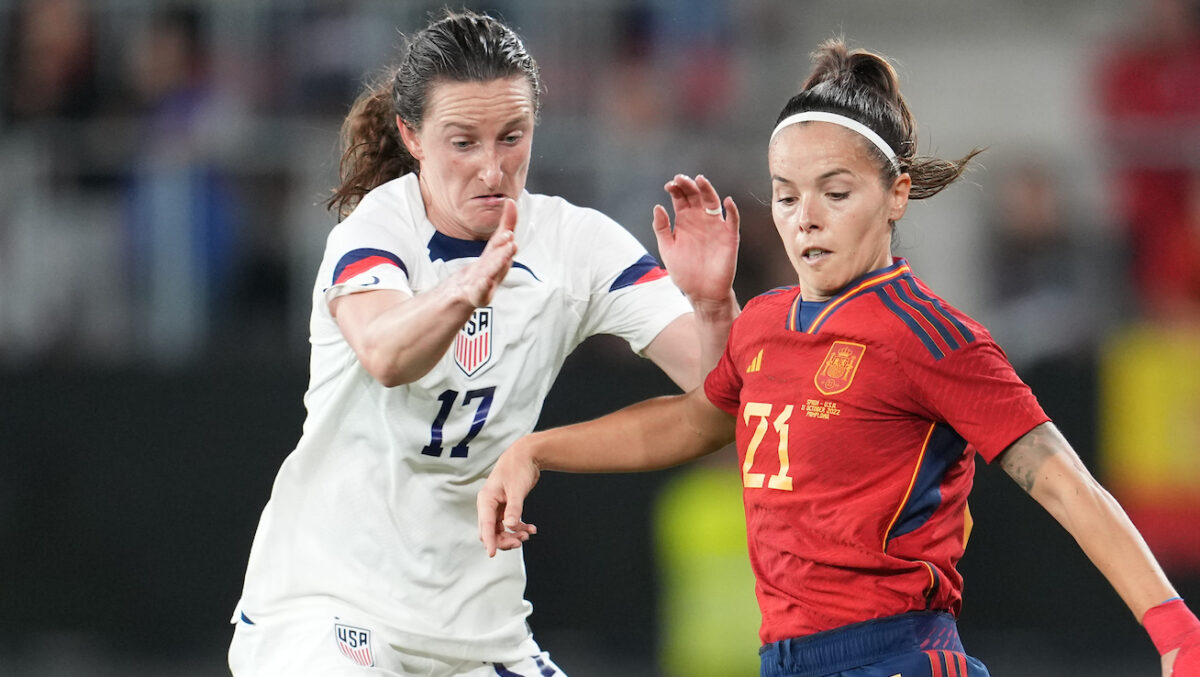 The U.S. women’s national team’s tough October window came to a close on Tuesday with Vlatko Andonovski’s squad suffering back-to-back losses for the first time in over five years.

Spain handed the USWNT a 2-0 defeat in Pamplona, using goals from Laia Codina and Esther Gonzalez to claim the home victory. It was the first time since the 2017 SheBelieves Cup that the USWNT suffered back-to-back losses and an impressive victory for Spain, which was without 11 first-team regulars.

Both teams held parts of the first-half possession, but Spain came close to breaking the deadlock in the 25th minute through Codina’s header in the box. However, Codina would etch her name on the scoresheet before halftime thanks to Spain’s constant effort from a corner kick.

Alba Redondo and Rocío Gálvez’s chances were blocked in the box, but Codina picked up the loose ball and slotted home into the bottom-right corner.

The USWNT struggled to create many chances in the final third, watching as Lindsey Horan’s shot missed wide of Misa Gonzalez’s goal. Spain continued to pile on the pressure seeking an insurance goal and eventually received one with less than 20 minutes to play.

Oihane Hernández’s pass to Esther González in the 72nd minute was slotted home by the 29-year-old into the top-left corner of Casey Murphy’s goal. Gonzalez’s one-time loft over Murphy nestled into the corner, icing the strong performance from the hosts.

Alana Cook’s header in the 88th minute forced Gonzalez into her only save of the match, as Spain held on for its third home victory out of the past four matches. It was also Spain’s first-ever victory over the Americans in any competition.

The USWNT players will now head back to their respective clubs before reconvening in November for a Nov. 10 friendly vs. Germany in Fort Lauderdale, Florida.