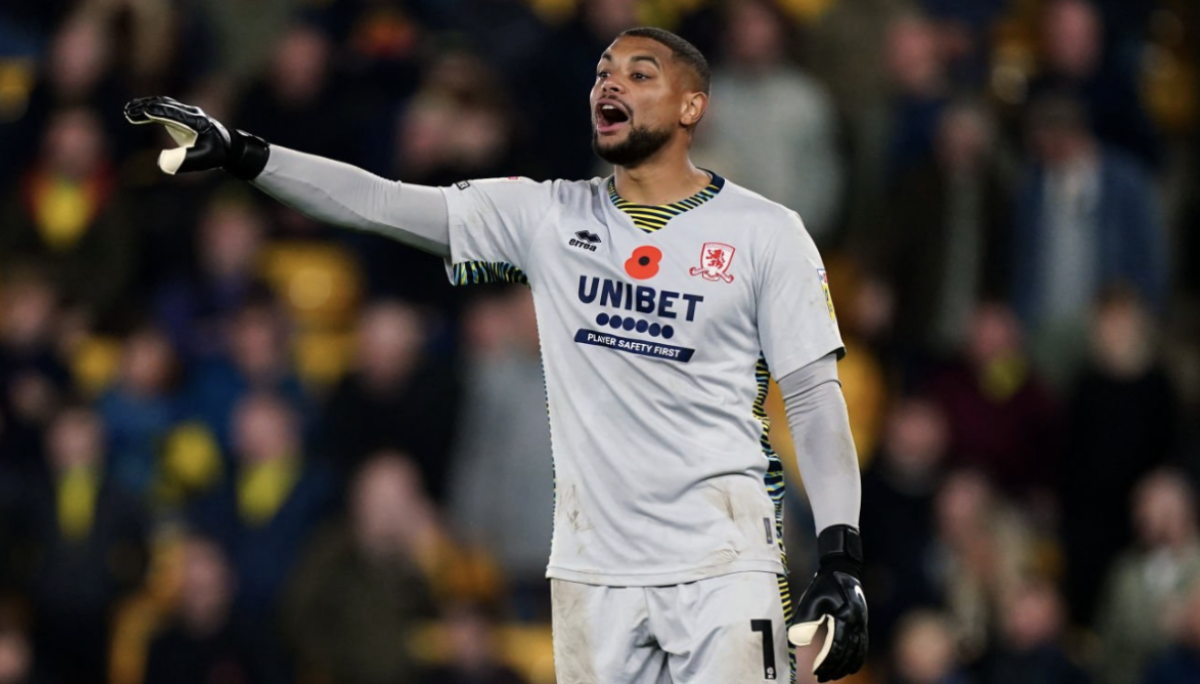 Zack Steffen’s continued impact in the Middlesbrough squad has not only helped the American shot-stopper overcome a rough start to the season, but also help the English second-tier side move up the league table.

Steffen totaled six saves over the past week as Middlesbrough picked up back-to-back victories over Blackpool and Norwich City. The 27-year-old earned SBI’s Americans Abroad Player of the Week honors for his latest performances in Michael Carrick’s squad, improving during the busy fall schedule.

Steffen made one save in last Tuesday’s 3-0 victory over Blackpool, giving the veteran his fourth clean sheet for the club. Steffen followed that up by making five saves in Saturday’s 2-1 comeback win over Norwich City, overcoming an early goal from fellow American Josh Sargent to deliver several key moments.

Steffen will not be with the USMNT for the upcoming FIFA World Cup, but will now get a deserved break before the second half of the English Football League Championship season. Middlesbrough moved up to 14th place following its latest result, sitting ahead of rivals Sunderland on goal difference.

Ricardo Pepi’s exclusion from the USMNT World Cup roster was a shock due to the forward’s stellar run of form with FC Groningen. That form continued to rise on Sunday with Pepi celebrating another goalscoring performance.

Pepi scored in a 3-2 loss to Fortuna Sittard, giving him six goals and two assists in nine appearances for the club. The 19-year-old has continued to remain in FC Groningen’s starting lineup and is rewarding manager Frank Wormuth by delivering some important performances.

Despite FC Groningen sitting just in front of the relegation zone, the Eredivisie club will remain confident with Pepi leading the line.

Taylor Booth is boosting his confidence with fellow Eredivisie side FC Utrecht after scoring for the second-straight match.

Booth scored once in Utrecht’s 4-0 road victory over FC Volendam on Saturday, giving him two goals and two assists in his last three appearances. The 21-year-old opened the scoring on Saturday before delivering a strong 56 minutes on the field.

He also won six of his nine duels, completed three of his four tackles, and made three recoveries from his midfield position.

Josh Sargent is heading into the World Cup at the right time for the USMNT after scoring his first goal since Oct. 15 this weekend.

Sargent scored his ninth Championship goal of the season in Norwich’s 2-1 loss to Middlesbrough, bouncing back from some streaky performances in Dean Smith’s squad. The 22-year-old logged 84 minutes from the start, teaming up with fellow attacker Teemu Pukka once again.

Belgian newboys Westerlo has continued to exceed expectations this season, heading into the World Cup break in sixth place.

Bryan Reynolds played 78 minutes in a 6-0 home romp over Oostende on Saturday, continuing to play a key role at right back. After playing 70 minutes in a 1-0 Belgian Cup defeat to league-leaders Genk midweek, Reynolds followed that up with his 13th league appearance this weekend.

The 21-year-old won four of his eight duels, completed all seven of his long ball passes, and made six recoveries in the lopsided victory.