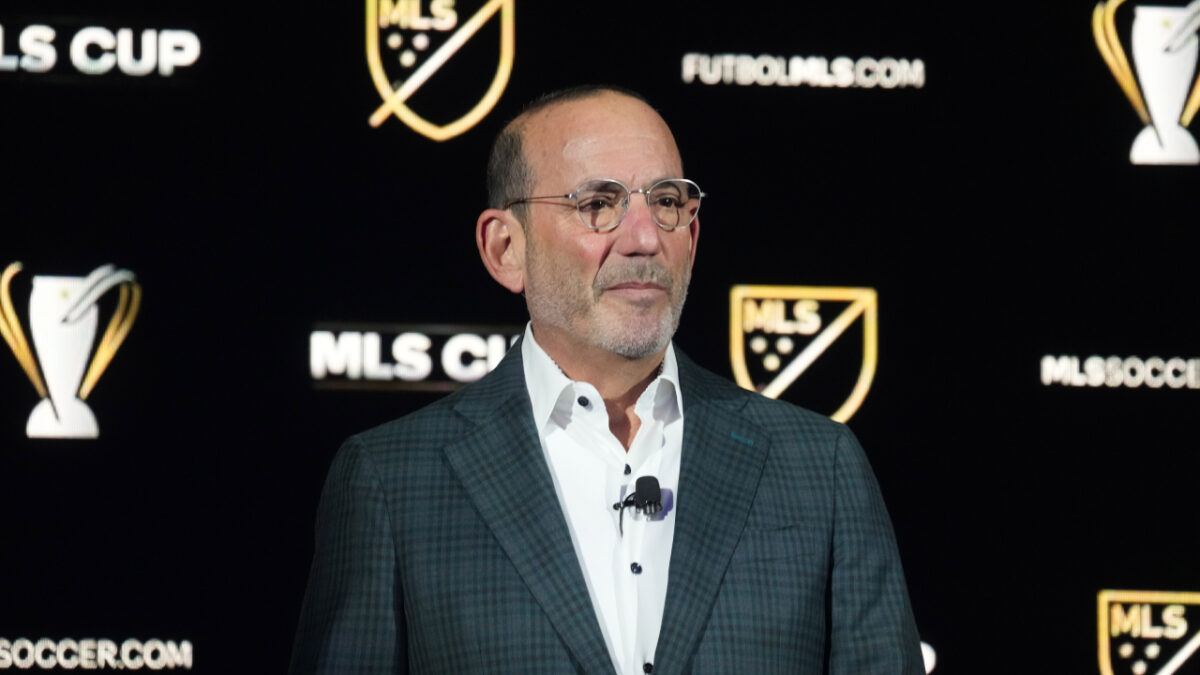 LOS ANGELES — Major League Soccer has continued to make frequent changes to its playoff format over the past decade due to the league’s growth, and commissioner Don Garber is keeping an open mind about what’s to come in the future.

Both The Athletic and ESPN recently reported a major change in 2023 to the league’s playoff format, which would eliminate the current single-game-round knockout format and replace it with a World Cup-style schedule. Garber has yet to make a firm decision on the future of the league’s playoff format, but had opinions on both sides of the matter in Thursday’s State of the League address.

“I think that the playoff format that we have has been fantastic, and amongst the most exciting playoffs we’ve ever had,” Garber told reporters in a press conference. “That’s reflected in attendance and television ratings and buzz, and led to where we are today.”

“But I’m convinced as our league continues to grow, soon to be 30 teams … you need to evolve your competitive schedule and your competitive format,” Garber added. “The league doesn’t sit behind a curtain, the mighty Oz curtain, and make these decisions because we think it will be fun. We do research with our fans, we speak to our media partners, we gauge what the interest and buzz and energy is around playoffs when they’re taking place. I don’t think any of the changes that we’ve ever made in these competitive changes have been bad, most people would agree with that.”

A total of 14 teams out of 28 in MLS currently reach the playoffs, with higher seeds hosting matches at their current venues. The reported new format would feature the top eight teams from each conference advancing to the postseason before being placed into four groups of four overall.

Each team would play three group stage matches, with the top-two finishers in each conference advancing to the knockout stage. Higher seeds would remain in pole position to host matches in the knockout stage, with the remaining format staying the same in terms of MLS Cup hosting sites.

For now, the MLS Cup Playoffs format is staying the same, but with the league open to new ideas to further benefit their growth, a change in the coming future wouldn’t be shocking, especially following Garber’s comments on Thursday.