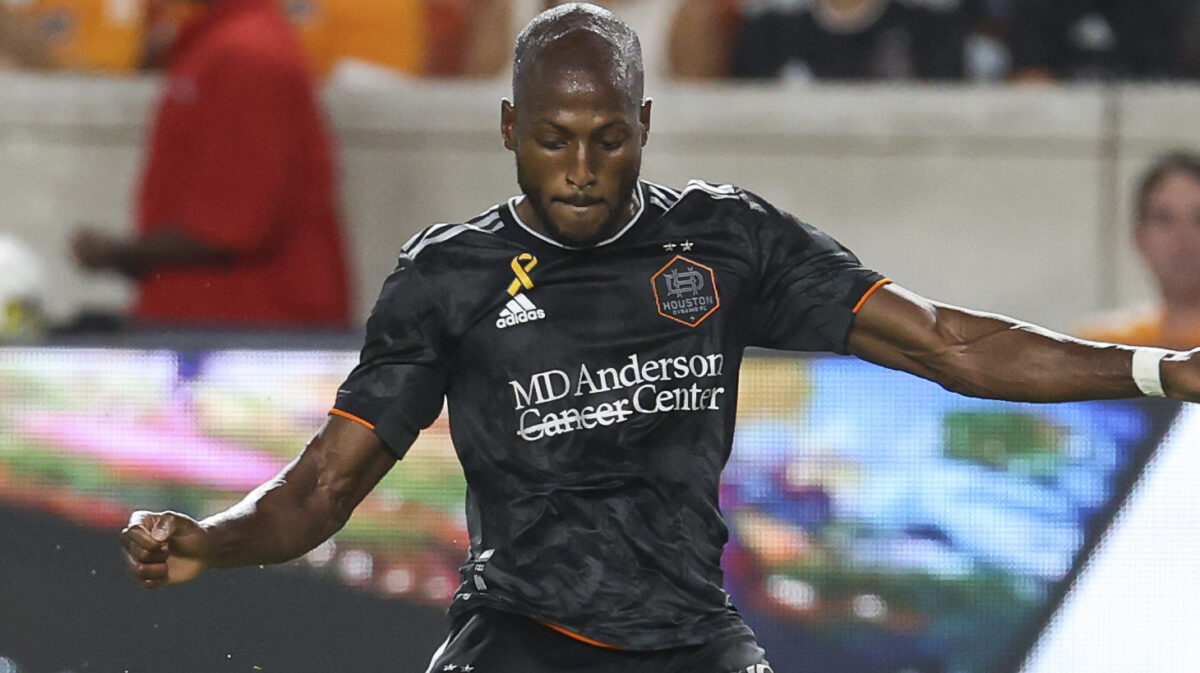 Nashville SC bolstered its attacking options on Wednesday in the form of a veteran MLS winger.

Fafa Picault joined the Western Conference club in a trade with the Houston Dynamo, both clubs announced Wednesday. In exchange for Picault, the Dynamo will receive $50,000 in 2023 General Allocation Money, $50,000 in 2024 GAM, and could receive up to a conditional $150,000 in 2024 GAM if certain performance metrics are achieved.

Picault made the move to MLS in 2017, then joining the Philadelphia Union. In 168 combined MLS regular-season appearances, Picault has scored 42 goals and added 22 assists.

Prior to his arrival in MLS, Picault played in Europe from 2014 through 2017. He originally made the move to Czech side AC Sparta Prague before moving to German club FC St. Pauli

Orlando City added one of MLS’ young defensive talents on Wednesday with Luca Petrasso making the move to Florida.

“Luca is a very technical player that can play anywhere on the left side of our formation, from left back to out on the wing,” said EVP of Soccer Operations and General Manager Luiz Muzzi. “While just 22, he has solid experience at the senior level and he’ll provide immediate strength for us at the position, with a lot of potential for growth.”

A product of Toronto FC’s youth academy system, the 22-year-old made his way to the Reds’ first team via Toronto FC II. He signed a first team contract with Bob Bradley’s side in January 2022.

Petrasso made 24 league appearances for TFC this season, registering four assists. He is a former Canadian U-17 men’s national team player.

Brooks Lennon continues to be one of the key players in Atlanta United’s squad and the veteran fullback was rewarded with a new contract Wednesday.

Lennon signed a contract extension with the Five Stripes, which will keep him under lock in Atlanta through the 2025 MLS season. Lennon’s contract also includes an option for 2026.

“We are pleased to sign Brooks to a long-term contract with our club,” vice president and technical director Carlos Bocanegra said in a release. “Brooks has been one of the most consistent performers over the past few seasons. He’s coming into the prime of his career and provides great MLS experience for our group. He consistently gets into dangerous positions on the field and creates chances for us, and we’re excited for his future at Atlanta United.”

Lennon, 25, joined the Five Stripes via a trade with Real Salt Lake in 2020. The 25-year-old has tallied four goals and 16 assists across 80 regular-season appearances with Atlanta since joining the club.

He made his USMNT debut in December 2021.

Alm joined the 2023 expansion club on a free transfer from Swedish Allsvenskan side Elfsborg, the clubs announced. The 27-year-old signed a three-year contract with St. Louis CITY SC, which also includes an option for 2026.

Alm spent the last four seasons with Elfsborg, totaling 27 goals and 17 assists in 108 matches. He appeared in UEFA Europa League Conference League Qualifiers over each of the past two seasons.

He began his senior career at 22-years-old with IF Brommapojkarna in 2018. Alm also featured for fellow Swedish side Degerfors.

“We are excited to bring Rasmus onto the roster for the 2023 season and beyond,” said Sporting Director Lutz Pfannenstiel. “He brings great European experience from IF Elfsborg, who play in Allsvenskan the top tier of Swedish football, while also competing in the UEFA Europa League Qualifiers last season. Alm’s technical ability and speed on the wing will prove to be helpful in the attacking third.”

St. Louis CITY SC will continue their roster construction on Friday with the 2022 MLS Expansion Draft.

FC Cincinnati retained one of its key bench options on Tuesday with forward Sergio Santos committing to his future to the club.

Santos signed a new two-year contract with FC Cincy, which includes options for both 2025 and 2026. The 28-year-old was acquired in a trade from the Philadelphia Union in July, and proceeded to made eight regular season appearances for FC Cincy.

“We’re excited to have Sergio back with FC Cincinnati,” said Chris Albright, FC Cincinnati General Manager. “He’s a player with incredible ability, pace and work rate that adds a dangerous presence to our attack. Sergio is also a tremendous person and teammate, and we look forward to building upon the immediate impact that he made on our group last season.”

Santos’ finest moment for FC Cincy came in the club’s first-ever MLS Cup Playoffs appearance, setting up Brandon Vazquez for the winning goal in a 2-1 triumph over the New York Red Bulls.

Prior to joining FC Cincy, Santos appeared in 89 games for the Union across all competitions, scoring 22 goals and 13 assists. He scored his first MLS hat trick against Toronto FC in 2020, proceeded to score the clinching goal for the Union later that fall in the Supporters’ Shield race.