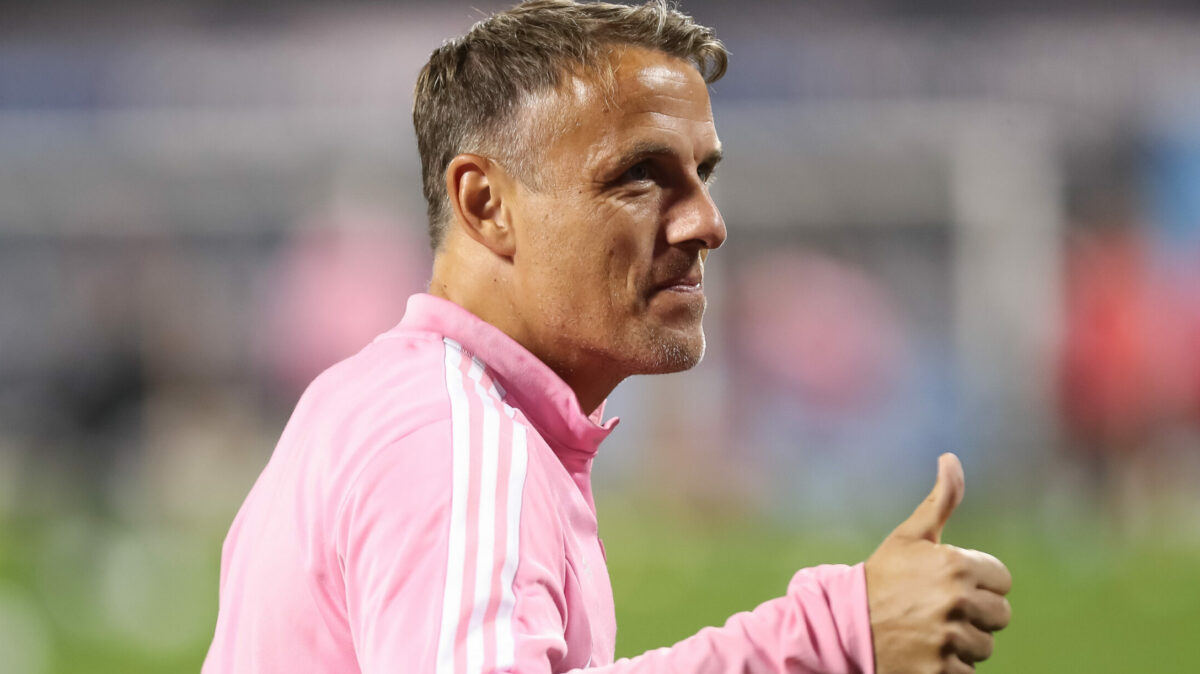 Phil Neville led Inter Miami CF to its second MLS Cup Playoff berth in 2022 and was rewarded Monday with a new contract.

Neville signed a deal through the 2023 MLS season, the club announced. The former England women’s national team manager joined the Herons in January 2021 and has posted a 28-32-12 record since.

“We are excited to continue our partnership with Phil and build on the foundation put in place this year,” said Chief Soccer Officer and Sporting Director Chris Henderson. “He has helped Inter Miami build a winning culture, and we feel our processes, collaboration and communication have begun to bear fruit. We are ready for the road ahead and are confident we are heading in the right direction.”

Neville led the club to 48 points in 2022, setting new club-highs in wins (14), goals scored (47), and highest playoff seeding (No. 6). Inter Miami picked up 21 points from losing positions this past season, which was tied for second most in the league.

The Herons did lose Gonzalo Higuain to retirement this fall, but have plenty of talent returning to the squad in 2023 with Drake Callender, DeAndre Yedlin, and Bryce Duke headlining.

Sebastian Lletget will remain with FC Dallas for the near future.

Lletget signed a new three-year contract with the Western Conference club, FC Dallas announced Monday. The 30-year-old joined FCD in a trade with the New England Revolution in August, finishing the season with three goals and 10 assists in 29 league appearances.

“Signing a new contract here at FC Dallas means the world to me and my family,” Lletget said in a release. “Since the moment I touched down in Dallas, the fans, the staff, my teammates have all just welcomed me with open arms.”

Lletget joined an exciting project in Dallas, teaming up with fellow U.S. men’s national teams players Jesus Ferreira, Paul Arriola, and Paxton Pomykal. FC Dallas finished third in the Western Conference before being eliminated by Texas rivals Austin FC in the semifinal round of the MLS Cup Playoffs.

He has earned 33 caps with the USMNT to date.

Maxime Crepeau’s World Cup hopes look all but over following the Canadian’s surgery on Monday.

John McCarthy replaced Crepeau in the match and proceeded to make two penalty shootout saves as LAFC defeated the Union 3-0 in spot kicks.

Crepeau was expected to be the backup goalkeeper in John Herdman’s squad behind No. 1 starter Milan Borjan. Crepeau has earned 15 caps for Canada and posted nine clean sheets in 33 appearances for LAFC this MLS season.

St. Louis CITY SC added two midfielders to its roster ahead of its debut MLS campaign next March.

Aziel Jackson and Jared Stroud were added by Bradley Carnell’s squad in two separate deals, the club announced. Jackson was acquired from Minnesota United for $150,000 in General Allocation Money while Stroud joined from Austin FC for $100,000.

Jackson earned MLS NEXT Pro Best XI honors in 2022, totaling 23 league appearances for MNUFC2. The 21-year-old led the team with 10 goals and seven assists, while also leading the league with 70 scoring chances.

“Aziel is a promising young talent that we are happy to add to our team,” said Sporting Director Lutz Pfannenstiel. “At just 21 years old, he is still developing but is showing promising progression already following this past season at the MLS NEXT Pro level. We saw first hand how that league is developing good, young talent and for Aziel to be named to the Best XI acknowledges what his potential can be.”

“We are pleased to add Jared to our squad,” said Pfannenstiel. “He brings good experience in MLS and understands the way that we want to play on the field. We hope to see him have a quick transition within the team.”

Minnesota United added youth to its attack on Monday, acquiring Cameron Dunbar in a trade with the L.A. Galaxy.

Dunbar, 20, was acquired from the Galaxy for $75,000 in General Allocation Money and a 2023 third-round MLS Draft pick. Should Dunbar be transferred outside of MLS in the future, the Loons will pay the Galaxy 20% of the transfer fee.

Dunbar signed with the Galaxy as a homegrown player in 2020, making his professional debut later that year. He’s featured in 18 league games for the Galaxy, although did not feature in 2022.

The Loons were eliminated by FC Dallas in the first round of the MLS Cup Playoffs last September.