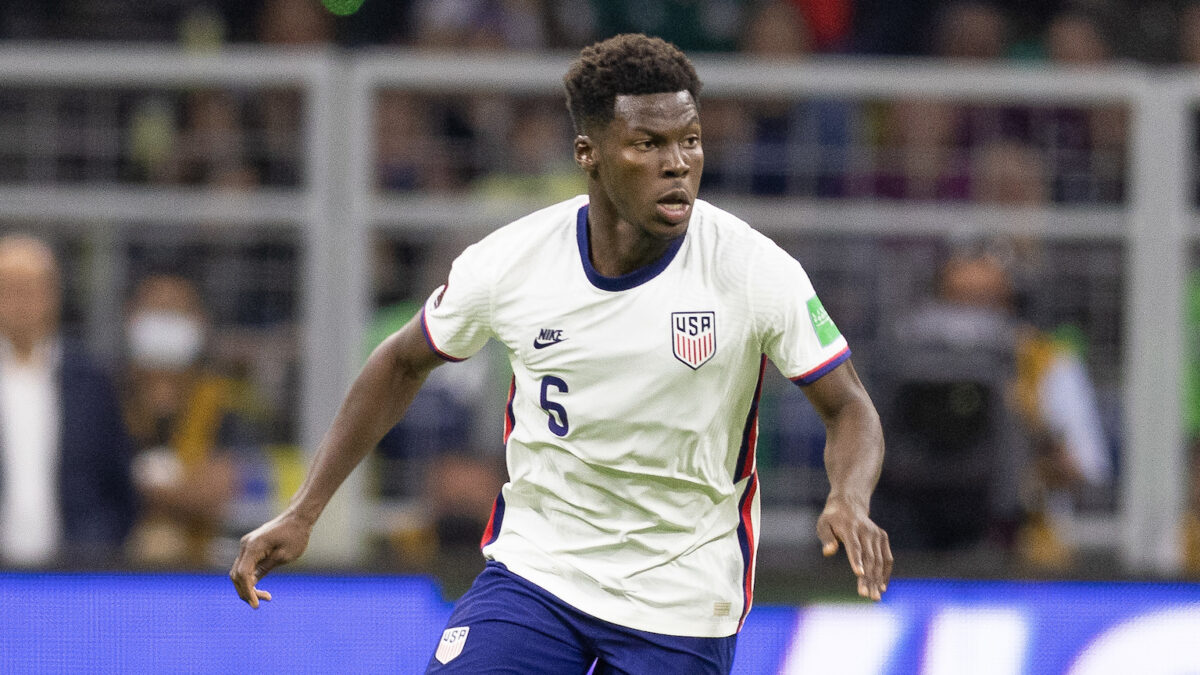 Yunus Musah is preparing to play in his first FIFA World Cup, on a stage that will be sure to help draw attention from marquee clubs searching for talent. At least one top-level European club isn’t waiting to see Musah in Qatar before putting the wheels in motion on a move for the U.S. men’s national team midfielder.

Serie A powerhouse Inter Milan is reportedly sizing up a bid for Musah, according to a report from respected Italian outlet Gazzetta Dello Sport. Milan would reportedly make a bid to acquire the 19-year-old midfielder on loan with an eye toward a permanent move, similar to the deal that took Weston McKennie from Schalke to Juventus.

Inter sporting director Piero Ausilio is in Qatar for the World Cup and reportedly working to secure a potential double-swoop for Musah and his teammate Jesus Vazquez, with the Gazzetta report setting Musah’s potential transfer price at around $20 million.

Musah is in his third full season with the Valencia first team, but his first spent playing in his preferred central midfield role. He has thrived at the position playing for Valencia manager and former AC Milan and Italian national team standout Gennaro Gattuso.

The interest makes plenty of season for both Valencia and Inter, with Valencia needing the cash infusion that would come from selling Musah while Inter is eager to bolster its squad with younger players on smaller salaries with an eye toward the future.

Musah has ties to Italy as well, having spent nine years of his childhood living in Northern Italy, about 150 miles east of Milan. Born in the United States, Musah moved to Italy when he was still an infant and spent his formative years there before moving to England, where he developed in the Arsenal youth academy and played for the England youth national team setup.

The son of Ghanaian parents, Musah was eligible to play for Ghana, England and Italy when he ultimately chose to represent the United States, and now he could find himself returning to Italy, and a league that USMNT teammates Weston McKennie and Sergiño Dest currently call home.

What do you think of this development? See Inter being a good fit for Musah? Think he will have a breakout showing at the World Cup?