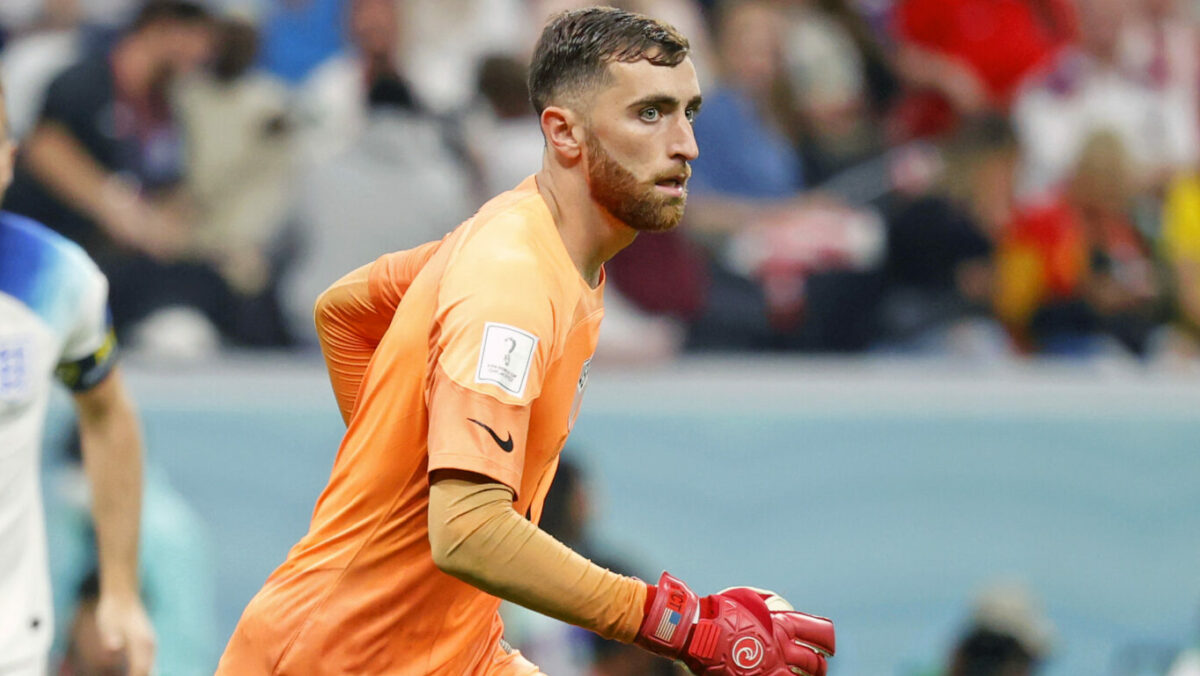 The U.S. men’s national team kept the FIFA World Cup leading scorers England off the board in Friday’s Group B showdown with Matt Turner headlining the standout stars for Gregg Berhalter’s squad.

Turner registered his first World Cup clean sheet in a goal-less draw with the Three Lions, earning SBI’s Man of the Match honors. The 28-year-old made three saves against England, helping the Americans remain unbeaten in Qatar, and earn their first World Cup shutout against a European team since 1950.

Turner had little to do for most of the first half but stayed ready and delivered a strong save on Mason Mount before halftime. Raheem Sterling’s one-touch pass allowed Mount to drill a low drive in the box but Turner dove to his right to deny the streaking Chelsea attacker.

With England continuing to pressure the USMNT in the second half, Turner also came up clutch with four high claims to keep Harry Maguire, John Stones, and others at bay. Marcus Rashford and Maguire both created last-gasp scoring chances in the match, but Turner calmly caught the Manchester United duo’s efforts.

Turner also made some decisive passes to his defensive teammates in the match, rarely making an error out of the back.

Turner has now made five saves in two group stage matches so far, conceding only one goal in 180 minutes of action. He edged Tyler Adams, Antonee Robinson, Sergino Dest and Tim Ream for SBI USMNT Man of the Match honors.

What did you think of Turner’s performance in goal? How comfortable are you with Turner being the No. 1 goalkeeper? Which other USMNT players impressed you in the draw?