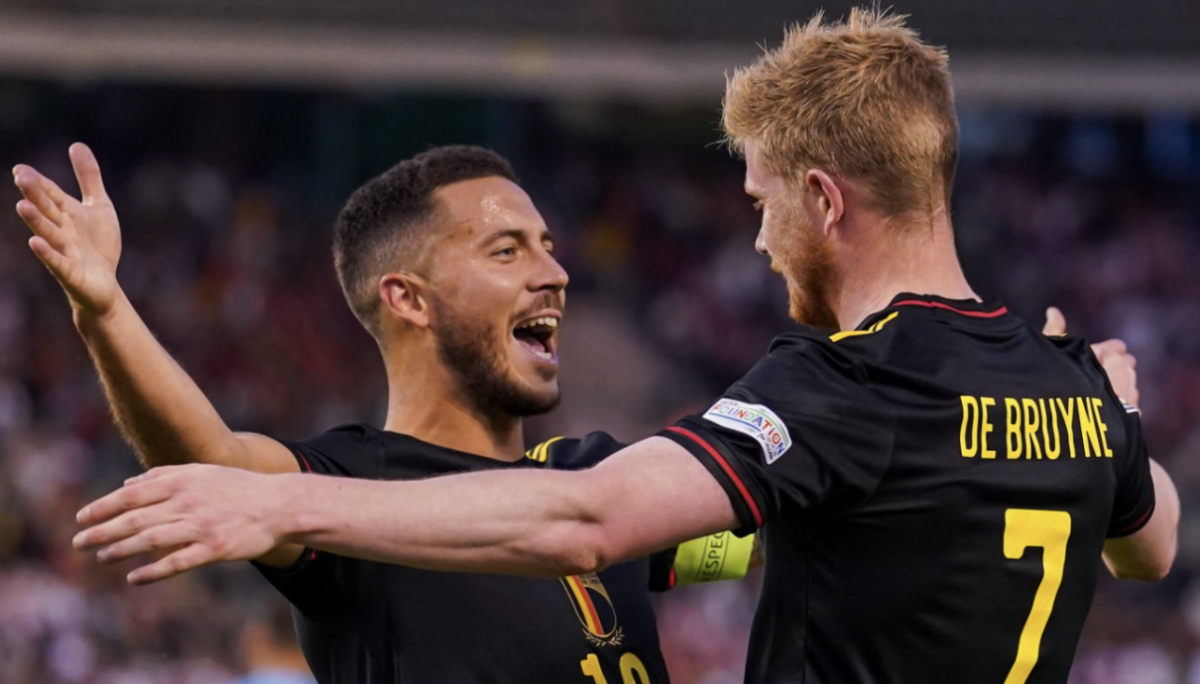 Croatia’s key core are also entering what could be their final World Cup with Luka Modric set to do everything he can to get them back to the final. Ivan Perisic is one of the key attackers for Croatia while Dejan Lovren is an experienced leader at the back.

Morocco has Hakim Ziyech back in its squad ahead of its second consecutive World Cup. Walid Regragui’s squad will be one of the underrated squads in Qatar, especially with Ziyech and Achraf Hakimi headlining an intriguing roster of players.

Canada topped Concacaf World Cup Qualifying to punch its second-ever ticket to the World Cup. John Herdman’s squad brushed aside Mexico and the USMNT to first place in Concacaf, thanks to a deadly attacking corps and veteran leadership at the back.

Here is a closer look at Group F:

TOURNAMENT HISTORY: Belgium heads into Qatar off the back of its best-ever finish at the World Cup in 2018. The Belgians finished third in Russia and will be seeking a first-ever finals victory this time around.

OUTLOOK: When you look at the Belgium national team on paper, they have everything it takes to capture a World Cup trophy that has alluded them for so long. However, Roberto Martinez’s squad will face stiff competition in Group F, especially with defending finalists Croatia joining them.

There is no shortage of veteran leadership in the squad as Toby Alderweireld and Jan Vertonghen are the mainstays of the backline. Kevin De Bruyne has the ability to carry the Belgian attack if needed, but will look to team up with Eden Hazard, Romelu Lukaku, among others in the final third. Belgium will need to stay consistent to avoid any slip-ups.

TOURNAMENT HISTORY: 2022 marks Croatia’s sixth World Cup appearance and the third in a row following a failure to qualify in 2010. Croatia fell to France in the finals in 2018.

OUTLOOK: Croatia’s core group of veterans are back for another go at lifting the biggest prize in international sport. Zlatko Dalic possesses one of the deepest midfield groups in the world with Luka Modric, Mateo Kovacic, and Marcelo Brozovic headlining the group.

Domagoj Vida and Dejan Lovren will bring size and physicality to the backline, with Vida just recently amassing 100 international caps. Dinamo Zagreb goalkeeper Dominik Livakovic has delivered some top performances at club level, and now will look to carry that over to the international stage. Ivan Perisic and Andrej Kramaric have totaled 52 international goals between them and bring different traits to the mix for the dynamic Croatia attack.

TOURNAMENT HISTORY: This is Morocco’s second consecutive World Cup berth and their sixth overall. They have only advanced out of the group stage once in their history.

OUTLOOK: Morocco isn’t just a one-man band with Hakim Ziyech and the African side will be aiming to prove that in Qatar. Ziyech headlines a unique attacking group which also features Youssef En-Nesyri and Ilias Chair. Amine Harit’s absence through injury definitely hurt Morocco’s overall spirit, but Achraf Hakimi’s playmaking ability should make up for Harit’s loss.

Morocco will contend with Canada and should pose a threat for Croatia and Belgium.

TOURNAMENT HISTORY: Canada punched its ticket back to the World Cup for the first time since 1986.

OUTLOOK: Canada did extremely well to get to Qatar, but now the goal for John Herdman’s squad will be to knock off two of Europe’s best. The Canadians are led by Alphonso Davies’ creative abilities while Tajon Buchanan and Cyle Latin also played key roles in qualifying.

Stephen Eustaquio and Ismael Kone will also be two of the creative players to watch in the Canada squad while Steven Vitoria and Milan Borjan anchor the back end. Not many people are giving Canada a shot in Group F, but after excelling in Concacaf qualifying, the Canadians could pull another shock in a bigger way this time around.

1. Belgium. The Belgians are clear favorites in the group, with their potent attack leading the way, but can the Belgium defense play well enough for a title run?

2. Croatia. The Croatian midfield is excellent, but the group’s defense will be what determines whether the 2018 finalists can avoid a stumble in the group stage.

3. Canada. A lack of World Cup experience could hurt Canada against the big boys in Group F, but Alphonso Davies and Jonathan David give the North Americans a dynamic duo capable of hurting any team in the group.

4. Morocco. With Ziyech and Hakimi, Morocco could pose some problems.

See Belgium has a legitimate title contender? Think the Croatians have another deep run in them?