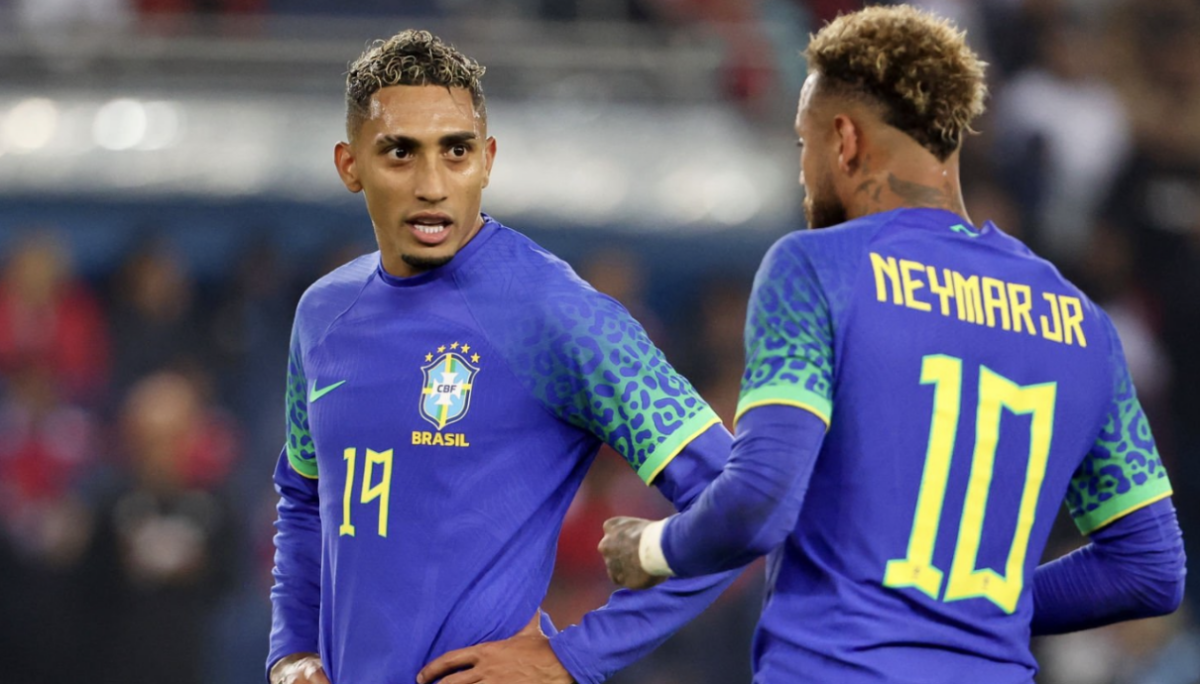 A Seleção heads into Qatar as one of the key favorites to lift the tournament trophy, especially with Paris Saint-Germain star Neymar leading the way. Neymar is joined by in-form talents Bruno Guimarares, Antony, and Casemiro, giving Brazil plenty of skill and experience up and down the roster.

Serbia’s attack is led by Fulham’s Aleksandar Mitrovic and Juventus’ Dusan Vlahovic, two of their productive forwards in Europe over the past two seasons. Dusan Tadic is one of the more experienced midfielders in this group and will be hoping to set up his teammates in a few victories.

Cameroon returns to the World Cup after missing the 2018 edition and will rely on striker Vincent Aboubakar to spark its attack. Aboubakar is one of three Cameroonian players that have double-digit goals for their country and leads by a large margin over the others.

Here is a closer look at Group G:

TOURNAMENT HISTORY: The five-time World Cup winners have not reached the semifinals or finals since 2002. Brazil reached the quarterfinals in 2018.

OUTLOOK: Brazil brings top talent all throughout its squad and shouldn’t have much of a problem winning Group G. A strong mix of youth and experience will be seen throughout the squad with Neymar headlining the offensive attack and Thiago Silva and Dani Alves key options in defense.

No matter which way Brazil decides to lineup, they will have plenty of good players to choose from and can beat teams in a number of different ways. Premier League stars Gabriel Jesus, Richarlison, Antony, and Bruno Guimaraes have enjoyed strong first halves with their respective clubs and will now aim to carry that into an already dangerous attack.

TOURNAMENT HISTORY: Switzerland have qualified for the World Cup in each of the past four editions, but haven’t advanced past the Round of 16 since 1954.

OUTLOOK: Switzerland has several key leaders returning to the squad and will be hard to break down with Yann Sommer in between the posts and Ricardo Rodriguez heading up the defense. The Swiss also have two 100+ caps winners in midfield with Granit Xhaka bringing aggressiveness to the squad, and Xherdan Shaqiri being one of the top two-way players in the tournament.

Although Haris Seferovic and Breel Embolo have both contributed double-digit goals for their country, the attack will be under a closer microscope than other places in the Swiss squad. If Switzerland can’t score consistently, then it could be a tough group for them to get out of.

TOURNAMENT HISTORY: Serbia has only qualified for two World Cups as an independent nation, failing to get out of the group stage in both.

OUTLOOK: Serbia has been an underrated squad for years now and for many of its proven leaders, it’s time to put it all together on the world’s biggest stage. Aleksandar Mitrovic has been deadly in attack for Serbia, scoring 50 goals in 76 caps for his country. The Fulham man will be joined by Dusan Vlahovic and Dusan Tadic in creating opportunities for the squad. Lazio’s Sergej Milinkovic-Savic will also be in the mix to helping Serbia be one of the top attacking units in Qatar.

Stefan Mitrovic and Nikola Milenkovic will anchor the backline for Serbia after logging over 35+ caps apiece for their country. Serbia will be a tough team to break down, especially with Mitrovic, Tadic, and Vlahovic seeking to wreak havoc on the other side of the field.

TOURNAMENT HISTORY: Cameroon is back after failing to make the 2018 World Cup. Their best-ever finish came in 1990 where they reached the quarterfinal round.

OUTLOOK: Cameroon will be one of the entertaining teams in Qatar, especially with a dynamic attacking group in the mix to score many goals in Group G. Vincent Aboubakar headlines the attacking corps while Eric Maxim Choupo-Moting is no stranger to the bright lights of a top competition.

Andre-Frank Zambo Anguissa is the leader of Cameroon’s midfield and will be racing around the field, covering every blade of grass if needed. Nicolas Nkoulou and Collins Fai bring several years of experience to the backline while MLS defenders Olivier Mbaizo and Nouhou Tolo seek minutes of their own. Cameroon is capable of pulling a few shocks in Group G, but have to stay strong defensively against offensive units that are better than them.

1. Brazil. The World Cup favorites will be tough to knock off in Group G.

2. Switzerland. Key core will be important as Switzerland aims to test Brazil for top spot.

4. Cameroon. Will be tough to get things going against three teams with stronger attacking units.

Will Brazil roll in Group G? Can Switzerland or Serbia pull an upset?