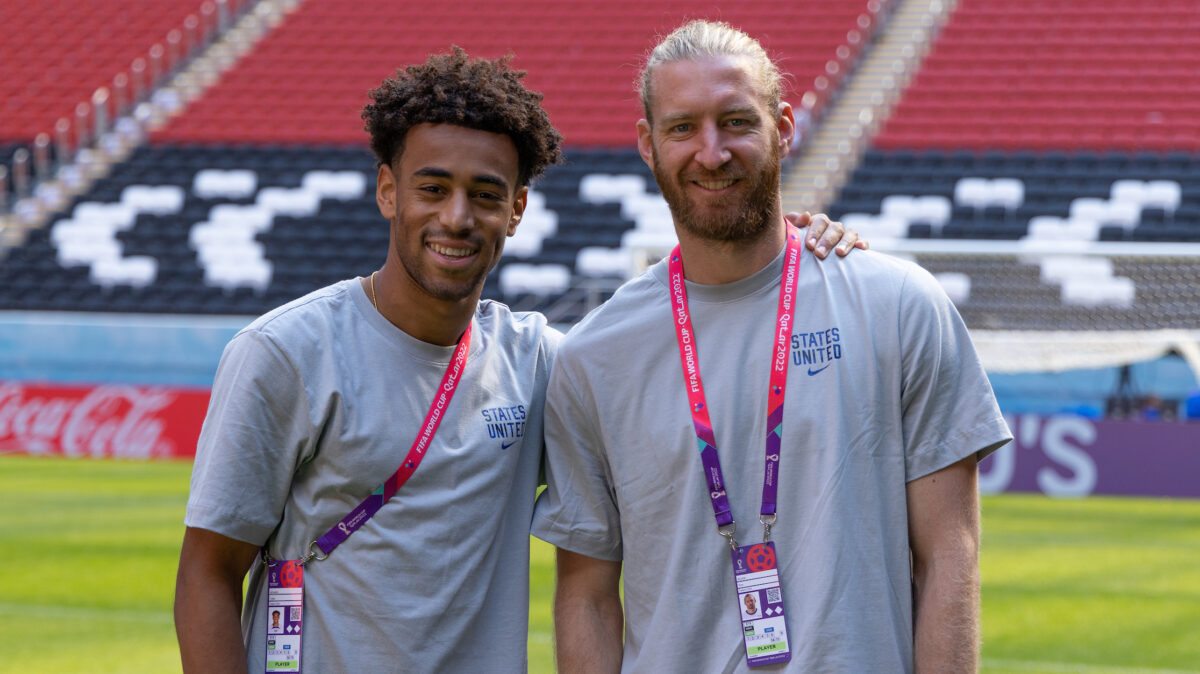 Tim Ream and Tyler Adams had plenty to say ahead of the U.S. men’s national team’s World Cup opener against Wales, both about the World Cup and about each other.

Episode 354 of The SBI Show brings you comments from both players ahead of Monday’s group-stage opener, including Ream’s thoughts on what he called a surprising inclusion, as well as Adams’ jokingly referring to Ream as the USMNT’s “grandpa”.

Host Ives Galarcep joins from Qatar, where he also discusses the reported link between Yunus Musah and Inter Milan, as well as digging into Adams’ revelation that the USMNT hasn’t named a World Cup captain yet.

You can listen to Episode 354 on Spotify, the Apple Podcast App and Soundcloud, as well as right here:

What did you think of the episode? Who would you name USMNT captain?