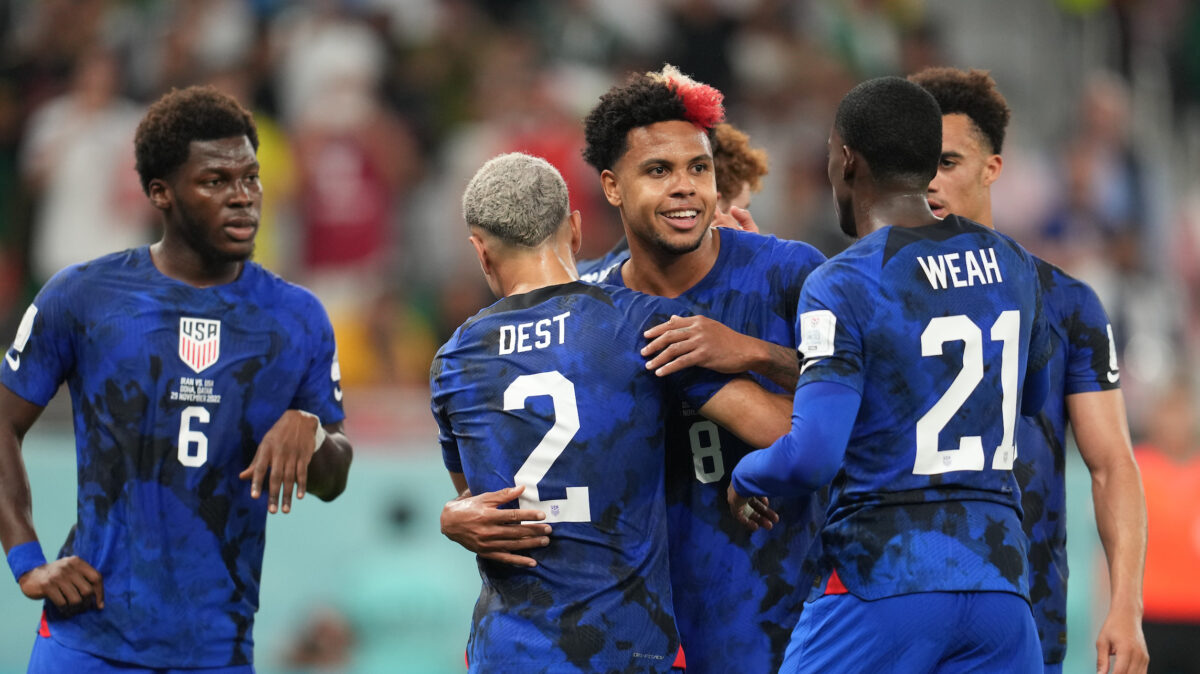 DOHA, Qatar — The U.S. men’s national team dominated Iran for much of Tuesday’s decisive World Cup Group B clash at Al-Thumama Stadium, but the Americans still spent much of the night locked in a tight battle that was too close for comfort for the entire duration of the match.

In the end, it was Christian Pulisic’s first-half header off a Sergiño Dest cross that secured a crucial 1-0 victory for the Americans, booking their place in the World Cup Round of 16. The win helped the Americans secure a second-place finish in Group B, and a knockout stage matchup with Group A winner Netherlands on Saturday.

Weston McKennie started the goal sequence with an excellent long ball from the middle of the field to Dest on the right wing, and from there the AC Milan fullback served in a perfect cross to an on-rushing Pulisic, who bundled home the finish.

Pulisic paid the price on the goal, colliding with Iranian goalkeeper Alireza Bieranvand, which ultimately forced him to leave the match at halftime.

The USMNT couldn’t find an insurance goal in the second half despite controlling the match for long stretches, despite Iran pushing hard for an equalizer and opening up space for the Americans to attack.

USMNT coach Gregg Berhalter closed out the match with some defensive substitutions, switching to a five-man defense to protect the 1-0 lead, as Walker Zimmerman and Shaq Moore came on for the final 10 minutes of the match.