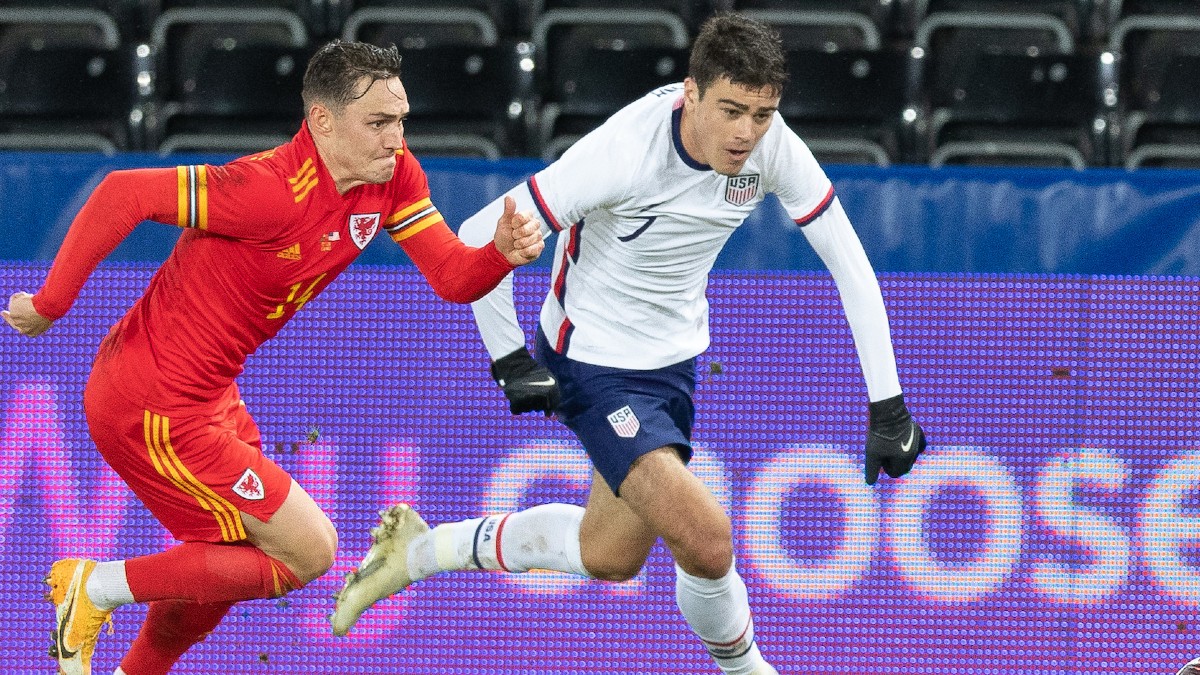 DOHA, Qatar — The U.S. men’s national team’s ‘Golden Generation’ is set to take its first step on the world stage on Monday, with a World Cup opener that will tell us just how ready this group of Americans is to carry such a lofty label.

The young, but talented team faces Wales in a Group B opener that could very well wind up deciding which of them ultimately survives the group and reaches the knockout rounds, with both teams knowing highly-favored England looms in the group.

The high stakes involved has put an even stronger spotlight on Gregg Berhalter’s lineup decisions, and on Sunday the USMNT head coach made a point to remind everyone that the match won’t just be about the starters, but also about making the right changes as the game evolves.

“When picking a lineup, we’ve focused on guys that we think can can execute it from the onset, but also keeping in mind that our solutions are going to be really important in this game, and throughout the World Cup,” Berhalter said. “We know that it’s not just 11 on the field. We’re going to need the solutions to come into the field and help this group get the win.”

The two biggest question marks personnel wise heading into the World Cup opener for thee Americans are the status of Weston McKennie and Sergiño Dest, who both come into the tournament fresh off injuries and a lack of playing time that has put their availability in doubt. Both players stated on Saturday that they were ready to go, though Berhalter’s comments on Sunday suggest that, while that is true, just how much they will be able to contribute remains a question.

“In terms of Weston and Sergio, they’ve made great progress and we see them as being able to take part in the game. For how long, we have to see,” Berhalter said on Sunday. “But that’s the beauty of having five substitutes. They can either come into the game, or we can start them and take them out of the game when we feel that they’re getting close to that threshold. But both of them I think are definitely in position to help this team (on Monday).”

The Americans are facing a Welsh team that has even less World Cup experience than the USMNT, but a team that has more recent major tournament experience after having competed in the European Championships in 2021. They are led by Los Angeles FC star Gareth Bale, but Wales boasts a roster stacked with players who are solid performers in the English Premier League, making them a team that won’t be disposed of easily.

“So overall, I think it’s a really solid team,” Berhalter said. “And for us, the starting point is just matching their intensity and coming with a competitive mindset. because we know that’s going to be needed in the match.”

As much as Bale is generation most of the attention, and rightly so, the USMNT will be focused on containing Bournemouth striker Kieffer Moore, who gives the Welsh a physical and dangerous target player up top.

“He’s a big threat, he’s amazing in the air, but he’s probably very underrated and his technical ability and finishing around the goal,” USMNT captain Tyler Adams said of Moore. “So for our centerbacks, I’ve even already had a word with them. We talked about it in our scouting meeting already. You’ve got to have a body on him at all times. He’s a problem. Being physical with him, trying to win balls off of him, just typical centerback against good center forward. It will be a tough one, but we have to stop him.”

The Americans will be intent on trying to impose themselves on Wales with an attack-minded approach, and which starters Berhalter deploys will go a long way toward determining just how fast a start can be expected. The USMNT coach’s emphasis on the importance of substitutions supports the belief that he will deploy a starting lineup heavy on English league experience, such as Josh Sargent and Tim Ream, with an eye toward potentially deploying some quicker options, like Tim Weah and Jesus Ferreira, later in the match.

The Americans are the second-youngest team at the World Cup — second only to Ghana — but Berhalter insists his team has come into this World Cup with a focus that suggest his young players aren’t being overwhelmed by the moment.

“I see a tremendous amount of focus within the team. And I think this focus is going to help us go for success,” Berhalter said. “Time’s going to tell if we’re able to play with the best teams in the world. We have the group stage of the tournament. We’d love to get to the knockout stage and show what we can do. And then we go from there, but it’s a talented group, a young group, but also a group filled with good character.

“I’m confident that this group is ready to play,” Berhalter said. “A lot of it has to do with with their mindset, and their ability to support each other.