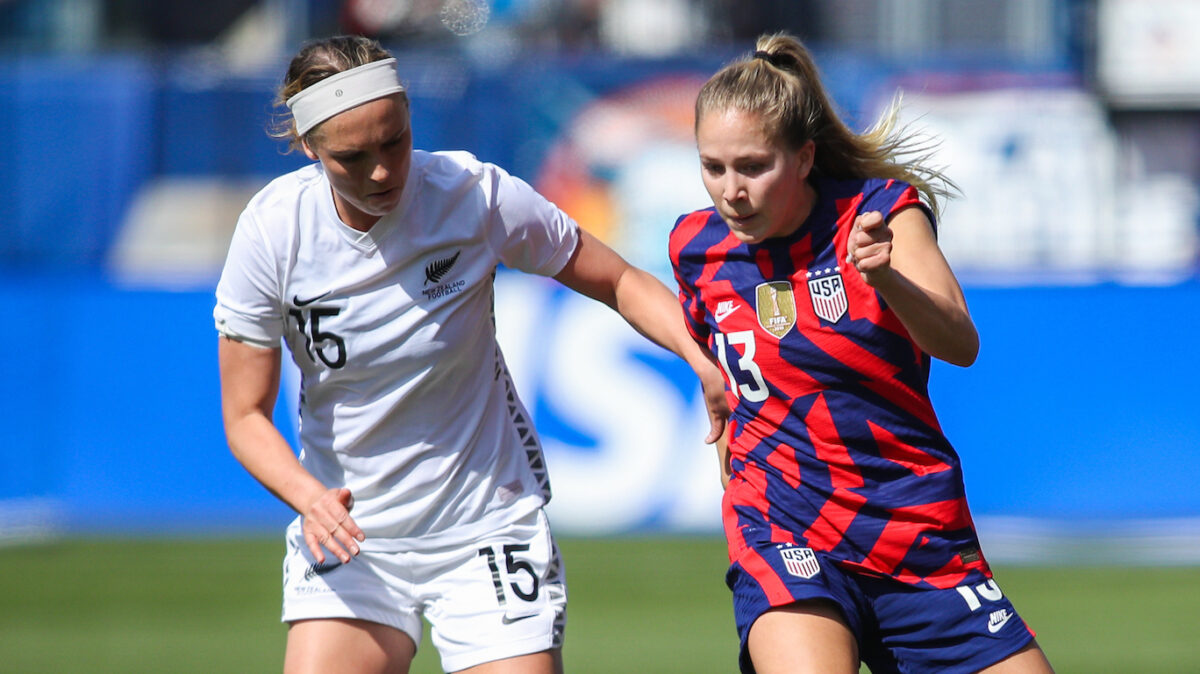 The U.S. women’s national team will hit the road for its annual January camp, with 2023 FIFA Women’s World Cup co-hosts New Zealand opposing the Americans in a pair of friendlies.

Vlatko Andonovski’s squad will face off with the Oceanic country on their home soil for the first-time. It will be the start of a busy 2023 schedule for the Americans ahead of the FIFA Women’s World Cup in New Zealand and Australia.

“Everything about this trip is a positive for our team ahead of the World Cup,” said Andonovski. “We will get some quality training time together and have two tough matches against a great opponent that is hosting the World Cup. We also get to experience the long travel and familiarize ourselves with the host cities, the stadiums, the training grounds and the culture, and hopefully we’ll play in front of some big crowds supporting the home team. It will be a great way to start the year.”

The USWNT will train in New Zealand for six days before facing the Ferns on January 18 in Wellington/Te Whanganui-a-Tara. The two teams will meet again on January 21 at Eden Park in Auckland/Tāmaki Makaurau.

The Americans recently learned their World Cup fate in October after being paired with the Netherlands, Vietnam, and a Group A Playoff Winner for next year’s tournament. It will be the USWNT’s first head-to-head meeting with New Zealand since a 5-0 SheBelieves Cup victory for the Americans at Dignity Health Sports Park in Carson, California.

The USWNT will first close out its 2022 schedule with a pair of home friendlies against No. 3 ranked Germany in Florida and New Jersey respectively.