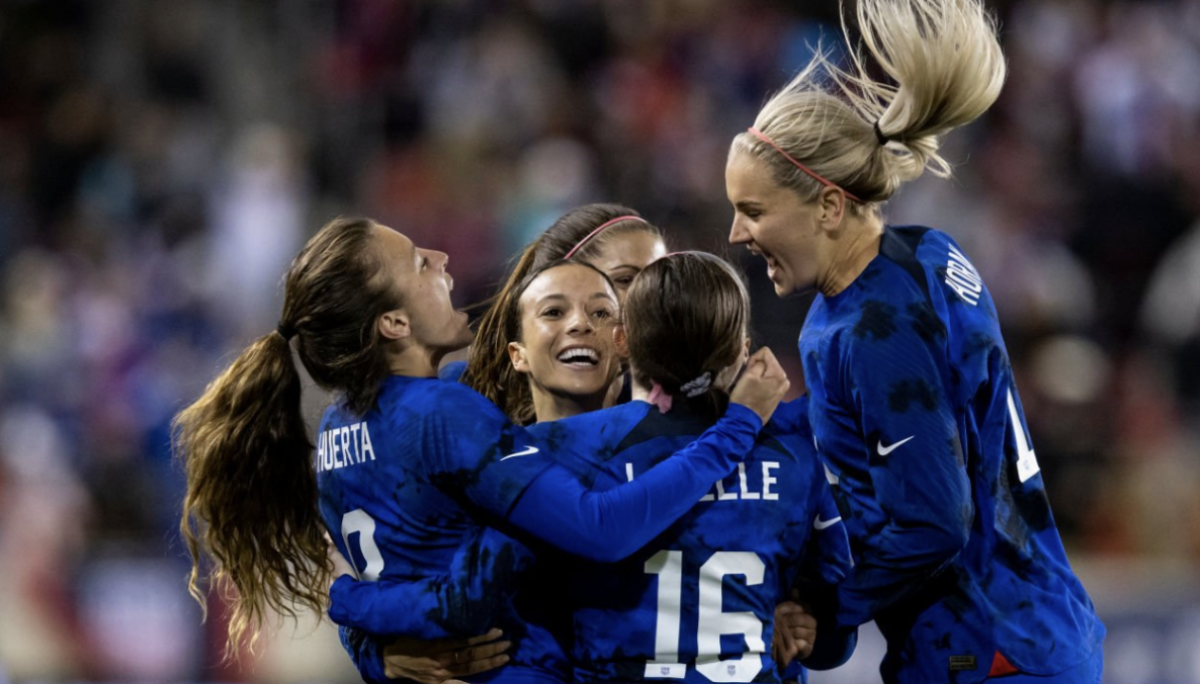 Sophia Smith and Mallory Pugh scored two minutes apart in the second half to propel the Americans past Germany 2-1 at Red Bull Arena in Harrison, New Jersey. Veteran forward Alex Morgan made her 200th international appearance in the victory, while Alyssa Naeher made two saves to preserve the victory.

Germany took a first-half lead in the 18th minute through Jule Brand’s goal off a rebound. Sophia Kleinherne’s shot was blocked by the USWNT backline before Brand drilled a low shot past Naeher and into the bottom-right corner.

The Americans struggled for offensive chances during the first half, but were able to turn things around after halftime. Sophia Smith’s top-shelf finish in the 54th minute gave the USWNT a 1-1 scoreline before Mallory Pugh’s left-footed strike just two minutes later capped off a valiant comeback.

Pugh took advantage of a defensive error by Germany, picking up possession before hitting a low drive down the middle of the goal.

Morgan and Pugh were denied chances to extend the Americans’ advantage later in the half before Naeher caught Chantal Hagel’s long-range shot in the 79th minute.

The USWNT held on to gain some needed confidence following losses to England, Spain, and Germany over the past month. Up next is a lengthy break for the Americans before opening their January schedule with a pair of road friendlies against 2023 FIFA Women’s World Cup joint hosts, New Zealand.