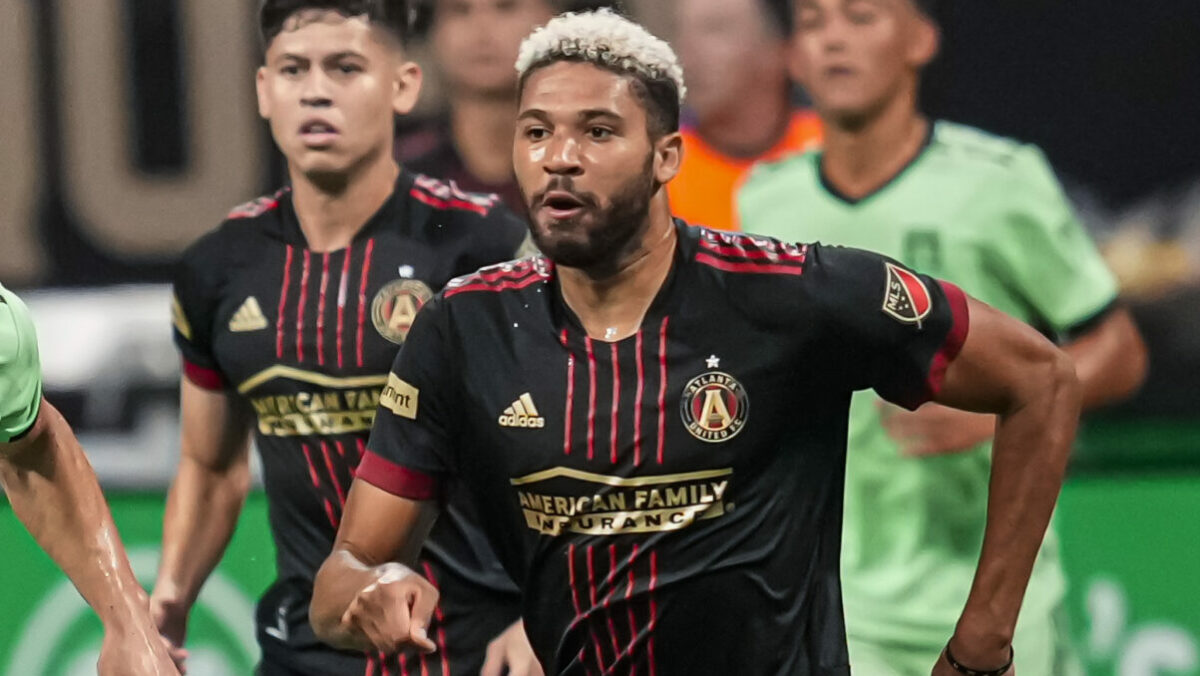 George Campbell enjoyed an increased workload in 2022 with Atlanta United, but will now head to Canada for the net chapter of his career.

“We are very happy with George’s acquisition. He’s a player we tried to get in the past, but his club preferred not to let him go at the time,” CF Montreal vice president and chief sporting officer Olivier Renard said in a release.

“He has the type of profile we particularly like; a young player who doesn’t take an international spot, and who we can support in his development. I am very confident that he has what it takes to strengthen our current defensive squad.”

A former U.S. youth national team player, Campbell scored one goal in 36 regular-season games for the Five Stripes. He will join a CF Montreal backline which has already watched Kamal Miller and Alistair Johnston depart the club this offseason.

Here is a full MLS Ticker:

Austin FC possessed one of the top attacking units in MLS this past season and will now have a new weapon to call on in 2023.

Gyasi Zardes signed with Austin FC on Monday, joining as a free agent signing. Zardes signed a three-year contract with the Western Conference club which includes an option for 2026.

“We’d like to extend a warm welcome to Gyasi and his family to Austin, and we’re excited to add a player and person of his quality to our roster,” Austin sporting director Claudio Reyna said.

“Gyasi has one of the most impressive resumés of any striker to have played in MLS and brings excellent goal-scoring and leadership to the team.”

Zardes has contributed 97 goals and 25 assists across 267 regular-season appearances in MLS, which includes stops at the L.A. Galaxy, Columbus Crew, and Colorado Rapids. The 31-year-old reunites with current Austin FC head coach Josh Wolff, who served as an assistant coach for Zardes with the Crew.

Jonathan Osorio has played a key role during his time with Toronto FC and isn’t planning on giving that up anytime soon.

Osorio signed a new three-year deal with TFC on Monday, which will take him through the 2025 season.  He is the club’s all-time leader in appearances (318) and his 58 goals across all competitions are third in TFC’s history behind Sebastian Giovinco (83) and Jozy Altidore (79).

“Jonathan represents the club and the city, and we are proud to have one of the top Canadian players on our side,” TFC president Bill Manning said in a club statement. “He is a true professional and a real competitor who wants to strive every year for trophies. His passion and love for Toronto FC represent what we are as a club, and we know he will contribute to further success.”

Osorio signed a homegrown contract with TFC in 2013 and became the first player in club history to surpass 300 appearances earlier this year. The 30-year-old most recently featured in all three of Canada’s group stage matches at the 2022 FIFA World Cup.

TFC failed to make the playoffs in 2022 under veteran head coach Bob Bradley.

Doneil Henry is on the move to Minnesota United in the latest chapter of his MLS career.

Henry, 29, was claimed off waivers by the Loons on Monday, adding veteran experience to Adrian Heath’s backline. Michael Boxall and Brent Kallman remain as leading options to start at centerback for Minnesota United in 2023, but Bakaye Dibassy continues to rehab from quadricep surgery.

Henry has six goals and four assists in 114 matches during his MLS, which included stops at Toronto FC and LAFC.

He joins Dayne St. Clair as the only two Canadian internationals on the Loons roster.

Ernst Tanner’s continued success with the Philadelphia Union have not only helped the Eastern Conference club become one of the main MLS contenders, but also earned the German a major individual achievement on Monday.

Tanner was named the 2022 MLS Sporting Executive of the Year, the league announced in Monday’s 2022 Mark Abbott MLS Club Awards release. In addition, the Union also won the league’s Academy of the Year award, as well as Digital and Social Media Team of the Year.

Tanner took over as sporting director of the Union in 2018 and has watched the club gradually improve over each of the past four seasons. The Union lifted their first-ever trophy in club history in 2020, capturing the Supporters’ Shield.

In 2021, the Union made their debut in the Concacaf Champions League, reaching the semifinal round before falling to Liga MX powerhouse Club America. Jim Curtin’s squad took another huge step in 2022, capturing the Eastern Conference crown before falling to Los Angeles FC in the MLS Cup Final.