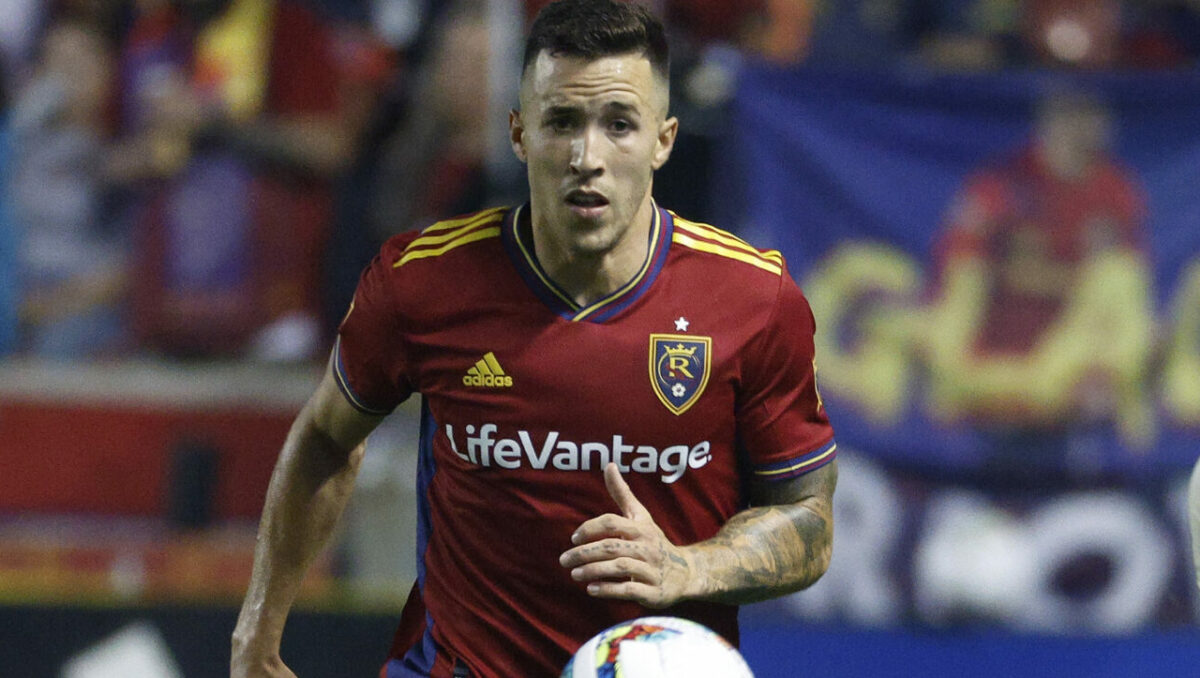 CF Montreal not only announced its newest head coach on Wednesday, but also bolstered its defensive options via a major trade.

Aaron Herrera is on his way to Hernan Losada’s squad after being acquired from Real Salt Lake, the clubs announced. The 25-year-old had spent his entire MLS career to date with RSL after signing as a Homegrown Player in 2017.

In exchange for Herrera’s services, RSL will receive $500,000 in General Allocation Money split across the next two seasons, and a 2023 international roster spot. RSL also acquired CF Montreal’s first round pick in Wednesday’s 2023 MLS Draft, which the club used to select Emeka Eneli.

“We are very pleased with Aaron’s arrival at the club,” CF Montreal VP and chief sporting officer Olivier Renard said. “He is a player who will contribute with his quality on the field, but also with his experience in the league. He can play a variety of positions, both as a central defender in a three-man backline and on the flanks, on the right and on the left. We had contacted Real Salt Lake in the past to acquire him, but without success. We are very happy that this transaction is now taking place.”

Herrera has accrued one goal and 19 assists across 124 regular-season appearances, headlined by an 11-assist campaign in 2021. He is the second defensive acquisition made by CF Montreal this offseason, with George Campbell already joining from Atlanta United.

Here is a closer look at all of Wednesday’s MLS News:

Wayne Rooney bolstered his defensive options on Wednesday in the form of right back Ruan.

Ruan was acquired in a trade with Orlando City, in exchange for the No. 2 overall pick in the 2023 MLS Draft. He previously spent the past four seasons with the Lions.

“We are thrilled to be getting one of the most dangerous attacking right backs in MLS,” Dave Kasper, D.C. United President of Soccer Operations, said. “Ruan has been a big success since joining MLS and we are excited to bring him to the Nation’s Capital.”

Ruan originally made the move to MLS via loan from Club Atletico Barra de Tijuca in January 2019. He later earned a permanent transfer to Orlando City and proceeded to total 118 appearances, four goals and 12 assists across all competitions for the Eastern Conference club.

He is the second defensive acquisition this offseason with Derrick Williams previously joining from the L.A. Galaxy.

Calvin Harris is on the move for the first time in his MLS career.

Harris was acquired by the Colorado Rapids on Wednesday in a trade with FC Cincinnati. FC Cincy will receive $100,000 in 2023 General Allocation Money (GAM), $100,000 in 2024 GAM and up to $175,000 in conditional payments if Harris reaches multiple performance metrics. FCC  also retains a percentage of any future transfer fee if Harris is sold or traded by the Rapids.

“Calvin is a versatile and dynamic forward who has only begun to scratch the surface of his potential,” said Colorado Rapids Executive VP & General Manager Padraig Smith. “He’s a player we monitored closely ahead of the 2021 SuperDraft given his qualities and we’re excited to bring him into an environment where we believe he can develop and take the next step in his career.”

The 22-year-old arrives in Colorado after spending the past two seasons with FC Cincinnati, totaling 26 appearances, two goals, and one assist. Harris also spent time in MLS NEXT Pro last year, scoring three goals in six appearances for FC Cincinnati 2.

The Rapids failed to make the playoffs in 2022.

FC Cincinnati added a youthful midfielder for the future with Marco Angulo making the move to MLS.

The 20-year-old has signed through the 2025 season with a club option for 2026, the club announced. He joins as a U-22 Initiative player and will occupy an international roster spot in Pat Noonan’s squad.

“Though he’s still a young player, Marco has already won titles and competed at the full international level,” FC Cincinnati’s general manager Chris Albright said. “He is a true box-to-box midfielder with elite technical ability and a tremendous engine, and we feel his qualities should complement our midfield group. I’d like to welcome Marco to Cincinnati, and we look forward to his continued growth and development with our club.”

Angulo spent the last two seasons with Ecuadoran side Independiente del Valle, totaling three goals and four assists in 45 appearances. He helped Independiente win the 2022 Copa Sudamericana and made his national team debut for Ecuador in November.