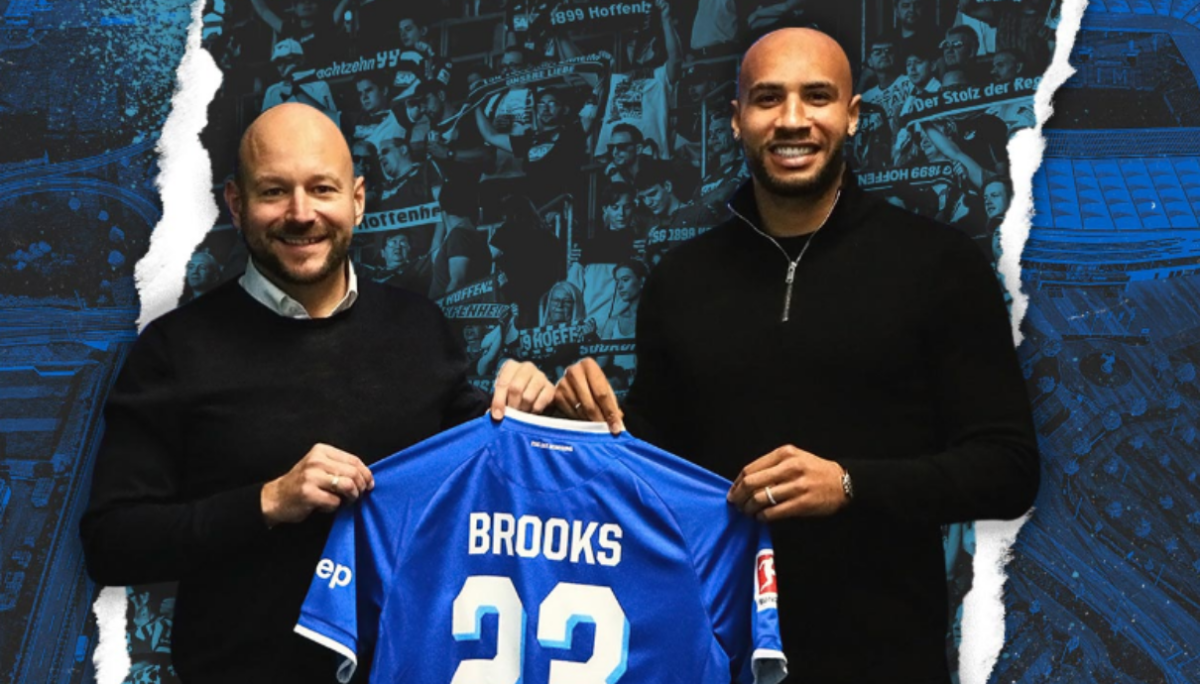 John Brooks endured a frustrating period at Portuguese club Benfica with little playing time, but the veteran defender is heading back to the German Bundesliga to fight for a starting job.

Brooks has joined Hoffenheim on a permanent deal from Benfica, the Bundesliga club announced Thursday. The 29-year-old signed a two-year contract which will run through June 2024.

“Jay is a seasoned, tough-tackling and aerially strong defender who really needs no further introduction,” Hoffenheim sporting director Alexander Rosen said. “He should and will contribute to improving our defensive stability with his experience, his vision and his presence.”

“I’m delighted to be returning to the Bundesliga,” Brooks said in a club interview. “I know both the league and TSG [Hoffenheim] very well, and am highly motivated to get started straightaway and do my bit to help us get back on the path to success in the short term.”

Brooks joined Benfica on a free transfer last summer but struggled for a consistent role in Roger Schmidt’s squad. Brooks totaled only 233 minutes for the Portuguese giants this season across all competitions.

Brooks was a mainstay for Bundesliga club Wolfsburg over the past five seasons, totaling seven goals and five assists in 146 appearances in Germany. The U.S. men’s national team veteran also made 130 appearances for Hertha Berlin before joining Wolfsburg in 2017.

Andre Breitenreiter’s squad sits in 13th place, only three points clear of the relegation zone through 17 matches played. Up next for Hoffenheim is a home league match vs. Borussia Moenchengladbach before a trip to RB Leipzig in the German Cup Round of 16.