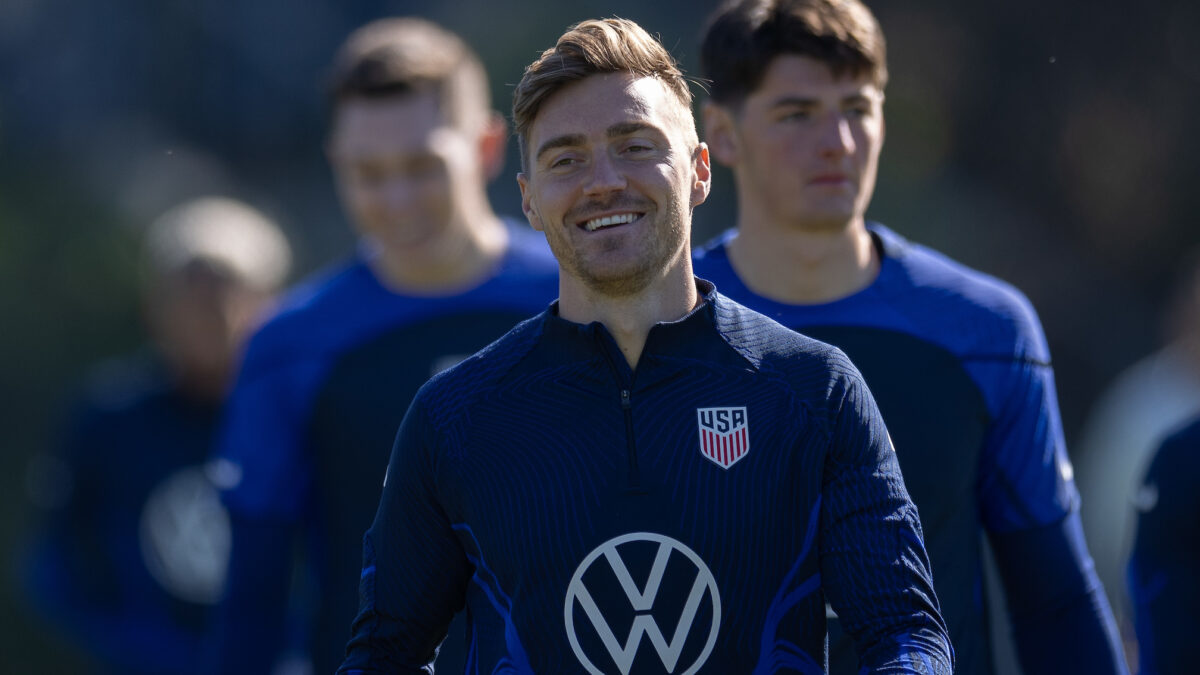 Julian Gressel is no stranger to Major League Soccer fans as he prepares to enter his eighth season in the league, and the veteran fullback/midfielder is gearing up for a new opportunity for the first time in his professional career.

Gressel earned his first call-up to the U.S. men’s national team on Wednesday, two months after earning United States citizenship. The German-born 29-year-old is one of 13 players who will be seeking their first international caps as the Americans square off with Serbia and Colombia in their first matches of 2023.

Gressel has been open to representing the USMNT for some time and now is relishing the opportunity to do so at the start of a new international cycle.

“It’s the first time for me and it’s exciting,” Gressel said Saturday in a press conference with reporters about his call up. “It wasn’t possible before because of the citizenship that I’ve just recently gotten now finally, it’s an exciting week to be here. I’m just trying to do my best this week and put my best foot forward and kind of get to know everybody, it gives them a chance to get to know me.

“Whatever comes in the future is, we’ll deal with that then,” Gressel added. “I’m excited to be here for this week, and trying to try and obviously show who I am on and off the field.”

Gressel has continued to thrive as one of the top fullbacks in MLS, making the move to the Vancouver Whitecaps during the middle of the 2022 campaign. A former MLS Cup winner with Atlanta United in 2018, Gressel registered two goals and nine assists in a split season with D.C. United and the Whitecaps, before helping Vanni Sartini’s squad clinch a berth in the 2023 Concacaf Champions League.

Gressel has totaled 23 goals and 62 assists in 193 appearances during his MLS career, being used in a number of different roles for Atlanta, D.C., and Vancouver. There is no determination on where Gressel will feature at against Serbia or Colombia, but the veteran is open to whatever is needed under interim head coach Anthony Hudson.

“Throughout my whole career, I’ve played multiple positions in multiple different systems,” Gressel said. “So it’s nothing really going to be too new for me. I think the style of play is very defined here, so it’s going to be easy for me to slide into different positions on the field. Whatever the coaches have in terms of a plan I’ll play that and then when I get back to Vancouver, I’ll focus on what Vanni wants from me there.

“I’m excited for these two games and whatever role I play, if it’s fullback, right wing, if it’s No. 8 position, whatever,” he added. “I’m excited to be representing the U.S. and then we’re onto Vancouver.”

Gressel isn’t the only fullback on the current USMNT roster that will be seeking his debut against Serbia on Tuesday. DeJuan Jones and John Tolkin have also been called in for their first senior camps, with both also excelling on the MLS stage in recent seasons.

Gressel, Jones, Tolkin and Real Sociedad’s Jonathan Gomez will be pushing for a positive window as the USMNT begins its roster building for the 2026 FIFA World Cup on home soil.

“It’s been a lot of new faces for a lot of us,” Gressel said. “We’re excited to kind of build upon what has happened over the past four years. Everyone is eager to step in and make a name for themselves as well to be considered for the future. This is a great opportunityt to do that.

“It’s still a great opportunity to come in and represent the United States of America,” Gressel added. “No matter what happens in the future, I think you can show that you want to be a part of the group moving forward. It’s a big opportunity for a lot of young guys and some veteran guys, but it’s still good to be here.”

“The World Cup is three-and-a-half-years away so you can’t forget it, but it’s a new cycle and it’s exciting,” Gressel said. “I think what they have done in the past has been tremendous, I watched the games from afar, and now to be able to represent that is amazing. I think it’s something that everyone can build on and for every player that comes in, you know what the standard is. The U.S. belongs at the top and now it’s for us to keep that trend going.”

“I want to say it was more of a surprise,” Gressel said. “Obviously it was something I knew that was a possibility because I got my citizenship in November, but still a lot happened after the World Cup. There was a bit of uncertainty about what this camp would look like. Anthony Hudson then called me and we had a great conversation about coming to camp and now I am excited to represent the U.S.”