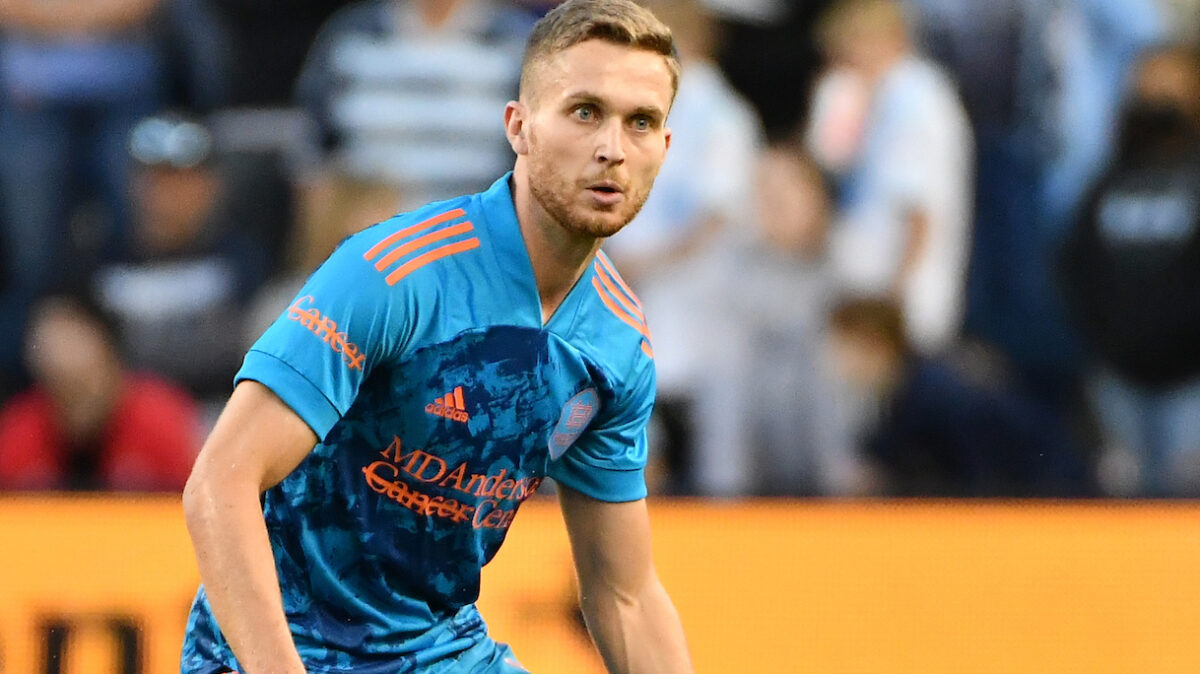 In exchange for Lundkvist, the Dynamo will receive $500,000 in General Allocation Money (GAM) split over the next two seasons. He will not occupy an international roster spot on Austin FC’s roster as he holds a U.S. Green Card.

“We’re delighted to have Adam join Austin FC,” Austin FC director of player personnel Sean Rubio said in a release. “He’s a player with a proven skill set as a left back in MLS. We wish him a warm welcome to the club and to the city.”

Lundkvist joined the Dynamo in 2018 after featuring for IF Elfsborg in his home country. He has registered 12 assists across 121 regular-season appearances in MLS. The Dynamo’s recent acquisition of Brad Smith surely played a part in Lundkvist’s move to Austin FC.

Josh Wolff’s squad excelled in 2022 as they reached the Western Conference Finals for the first time in club history.

Gomez joined the Western Conference club on a permanent deal from Colombian powerhouse Millonarios FC, the club announced Tuesday. Gomez, a U-22 Initiative signing, joins through the 2027 MLS season with a club option for 2028.

Gomez scored 12 goals in 58 appearances for Millonarios’ over the last two seasons. He made his professional debut in November 2021 and will now make the move to MLS with hopes of an immediate impact in Utah.

“This is an exciting day for our club as we bolster a strong returning core with a dynamic attacking addition in Carlos Andres Gómez,” said RSL general manager Elliot Fall. “Andres is a player that quickly rose to the top of our target list over the last several months and we are very pleased to be able to finalize his acquisition.”

RSL was eliminated in the first round of the 2022 MLS Cup Playoffs last season.

Amet Korca joins the Western Conference club on Tuesday from Croatian top-flight side HNK Gorica. Korca’s contract runs through the 2023 MLS season, and also includes two option years for 2024 and 2025.

“Amet is from Texas and has international experience in the first division in Croatia, which is an incredibly competitive league,” FC Dallas technical director André Zanotta said in a statement. “He brings that European experience with him as he returns home to Texas. Amet adds valuable depth to our roster.”

Jara’s exit from FC Dallas opens up a Designated Player spot on the roster. The 34-year-old joined FC in July 2020 after signing a pre-contract the previous winter. He tallied 17 goals and three assists in 78 matches, eventually falling behind Jesus Ferreira and Ricardo Pepi in the striker pecking order over recent seasons.

“Jara was the ultimate professional during his tenure with FC Dallas,” Zanotta said in a release. “We appreciate his contributions to the club and wish him the best as he enters the next phase of his career.”

Gabriel Segal became the newest face in the New York City FC roster after being claimed off waivers on Tuesday.

Segal made the move to MLS from German side FC Cologne. Due to Segal playing collegiately at Stanford University, the 21-year-old had to be acquired off waivers. A former U.S. youth national team player, Segal registered one assist in 12 matches for FC Cologne’s reserves.

He tallied 14 goals and five assists in 54 appearances while at Stanford, including winning a Pac-12 Championship.

“We would like to welcome Gabe to New York City Football Club,” sporting director David Lee said in a release. “He is a young, talented, domestic attacker who had an excellent collegiate career at Stanford alongside playing for the United States youth national team. We are excited to have the opportunity to continue his development.”