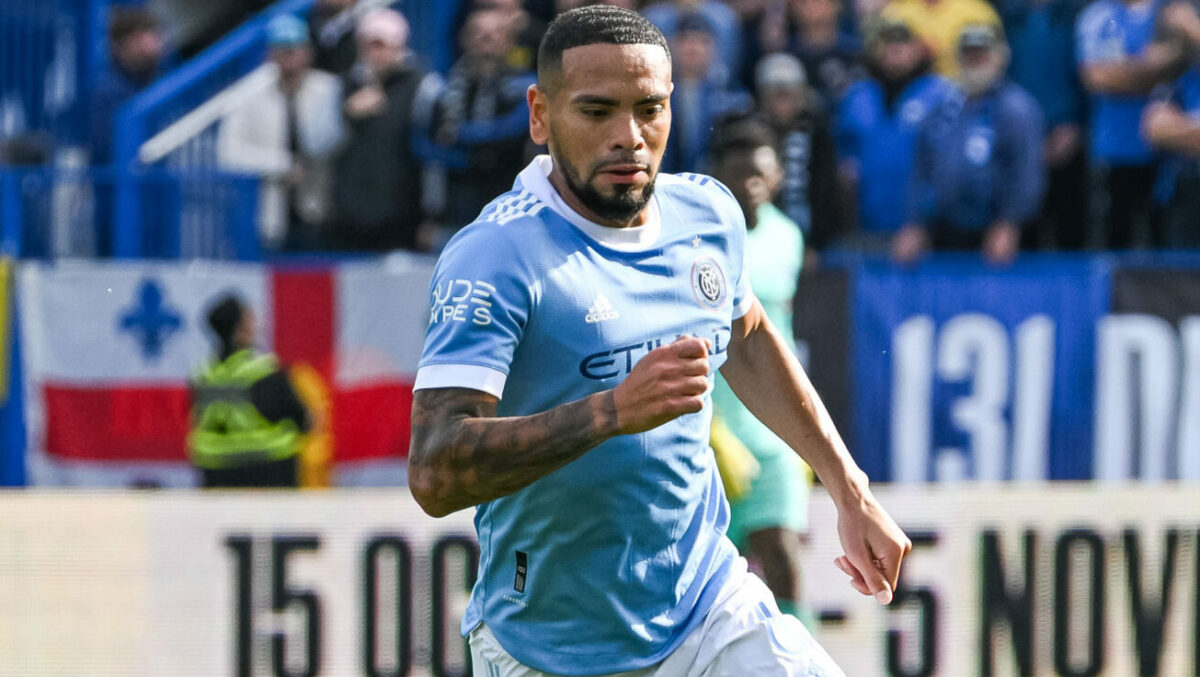 Alexander Callens has been a stalwart of New York City FC’s defense for the past six MLS seasons, but the Eastern Conference club will now begin life without the Peruvian centerback.

Callens has joined La Liga side Girona FC on a permanent transfer from NYCFC, the clubs announced Monday. The veteran defender joined NYCFC ahead of the 2017 league season and proceeded to total 193 appearances, 15 goals, and one assist in all competitions.

He led NYCFC to the 2021 MLS Cup and 2022 Campeones Cup. Callens was an MLS All-Star in 2022 and also was a finalist for the league’s Defender of the Year award.

“I’d like to thank Alex for the tremendous amount he has given to the Club since his arrival,” NYCFC Sporting Director David Lee said. “We have seen Alex grow into the player and leader he is today through his incredible work ethic and commitment, establishing himself as one of our longest-serving players. His performances have earned him recognition as one of the best defenders in the league, and he will go down in NYCFC history for playing a vital role in helping us win MLS Cup and Campeones Cup.”

Callens now joins former NYCFC attacker Valentin Castellanos at Girona for the second half of the La Liga campaign.

Toronto FC made its second defensive signing of the offseason on Tuesday with Raoul Petretta making the move from the Turkish Super Lig.

Petretta joins on a permanent deal from Kasımpaşa, signing through the 2025 MLS season. His contract also includes an option for 2026.

“Raoul is an experienced young left-back who established himself in a strong European club and has gained experience playing at a high level in European competitions with FC Basel,” Toronto FC head coach and sporting director Bob Bradley said in a press release.

The German-born Petretta came through the ranks at Swiss side FC Basel, before totaling 152 first team appearances in the Pro League. He registered 10 goals and added 12 assists for the club, winning the Swiss Super League in 2016-17 and and two Swiss Cups in 2016-17 and 2018-19.

Petretta joined Kasımpaşa in mid-2022, tallying one goal and one assist in 12 matches across all competitions.

The 28-year-old Costa Rican international was a free agent after FC Cincinnati declined his contract option following the 2022 season. An ankle injury limited Matarrita to only seven appearances for FC Cincy, but he did recover in time to feature at the 2022 FIFA World Cup in Qatar.

Matarrita totaled seven goals and 21 assists across 135 regular season appearances over the past seven MLS seasons. He spent five season with New York City FC from 2016-20 before moving to FC Cincy in December 2020.

He’s earned 54 caps for The Ticos.

The L.A. Galaxy were also upon the MLS sellers this week with Samuel Grandsir making the move to France.

Ligue 2 leaders Le Havre acquired Grandsir on a permanent deal from the Galaxy, the clubs announced Monday. The 26-year-old spent the last two seasons with the Galaxy after joining from French club Monaco.

Grandsir departs with seven goals and 13 assists in 73 appearances across all competitions. He becomes the latest Galaxy player to leave the club this preseason with Kevin Cabral making the move to the Colorado Rapids.

“We want to thank Sam for his contributions to the club and we wish him and his family all the best as they return back to France,” LA head coach Greg Vanney said in a release.