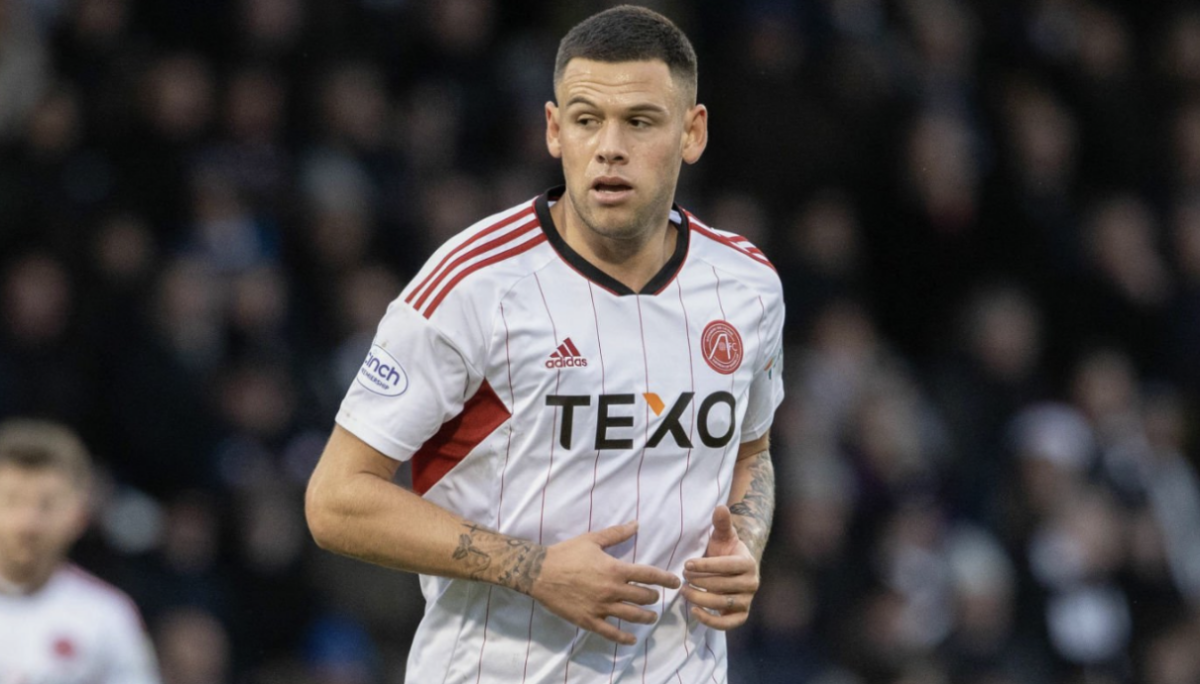 Christian Ramirez struggled for consistent playing time this season with Scottish Premiership club Aberdeen, but now has a new opportunity back in MLS to get his career on track.

Ramirez rejoined MLS on Thursday, transferring to the Columbus Crew on a permanent deal. The 31-year-old joined for an undisclosed transfer fee through the 2024 season with an option for 2025.

“Christian is an experienced player who has shown the ability to score goals throughout his career,” said Columbus Crew President & General Manager Tim Bezbatchenko. “His addition to our roster will provide additional depth and strengthen our corps of attacking players, and we are looking forward to having Christian and his family join us in Columbus.”

Prior to his move abroad, Ramirez featured in MLS for Minnesota United, Los Angeles FC, and the Houston Dynamo. He holds the Minnesota United club record for appearances (95) and goals (53).

Ramirez tallied 14 goals and five assists between four years with LAFC and the Dynamo.  He has earned two caps for the U.S. men’s national team, scoring in a 3-0 friendly win over Panama in 2019.

Roldan and Morris signed five-year deals, through the 2027 season while Leyva signed a four-year deal through 2026. Leyva’s contract also includes a team option for the 2027 season.

Morris, 28, joined the Sounders as a homegrown player in 2016 after a successful career with the Sounders FC Academy and Stanford University. He currently has the fifth-most goals scored in Sounders history (52) and has won two MLS Cups (2016, 2019) and one Concacaf Champions League title (2022) in Seattle. Morris has earned 51 caps for the USMNT, most recently appearing in two matches during the 2022 FIFA World Cup Qatar.

“Jordan and Cristian are exceptional players who have grown tremendously on and off the field since joining the club,” said Sounders FC Head Coach Brian Schmetzer. “Danny has become good professional in his young career, and we are looking forward to his continued development. I’d like to congratulate all three players and am pleased about their continued time with the club.”

The 27-year-old Roldan was the 16th overall selection by the Sounders in the 2015 MLS Draft out of the University of Washington. Roldan currently ranks third all-time in appearances with 280 across all competitions, becoming only the third player in club history to pass 250. His 47 assists also ranks third all-time, while he also has 36 career club goals. Roldan has earned 32 caps for the USMNT.

Leyva, 19, was signed as a homegrown player in 2019, and has since been a mainstay for the first team since. The Las Vegas native has made 55 appearances for the Sounders since 2019, including two appearances in Seattle’s Concacaf Champions League title run in 2022. He made 19 starts during the 2022 campaign.

Anton Walkes passes away at 25-years-old

Charlotte FC, Atlanta United, and the rest of MLS mourned the loss of 25-year-old defender Anton Walkes on Thursday after both clubs announced his passing.

Walkes’ passing was announced early this morning following an accident involving the player in South Florida. A member of Atlanta United’s inaugural roster in 2017, Walkes, joined Charlotte FC in 2021 via the league’s Expansion Draft.

“We are heartbroken to learn of the tragic passing of Anton Walkes,” an Atlanta United club statement said. “An inaugural member of Atlanta United, Anton was the epitome of a great teammate with a personality that lit up every room he entered. He will be deeply missed by all of those who knew him. On behalf of everyone at Atlanta United, we send our deepest condolences to Anton’s family, friends and Charlotte FC.”

Walkes totaled 93 MLS appearances, mainly featuring as a center back and full back for both clubs. Walkes began his pro career as a member of English Premier League side Tottenham, where he came through the club’s academy.

He also played for Portsmouth during a loan spell from Atlanta United in 2018 before eventually joining the club on a permanent deal.

“We are heartbroken from the loss of Anton Walkes, a truly incredible father, loving person, and outstanding human being,” said Charlotte FC Sporting Director Zoran Krneta. “Anton embodied what it means to be a part of Charlotte Football Club and our entire community is grieving over this tragedy. The impact he made in the locker room and throughout Charlotte will never be forgotten. We are thinking of his lovely family during this time and will support them fully in every way imaginable.”

Rafael Romo’s stay with D.C. United last one season with the goalkeeper mutually parting ways with the club on Thursday.

The 32-year-old Venezuelan originally joined D.C. United from Belgian side OH Leuven on a one-and-a-half-year deal. He played in 15 games across all competitions last season, picking up two cleans sheets and registering 53 saves.