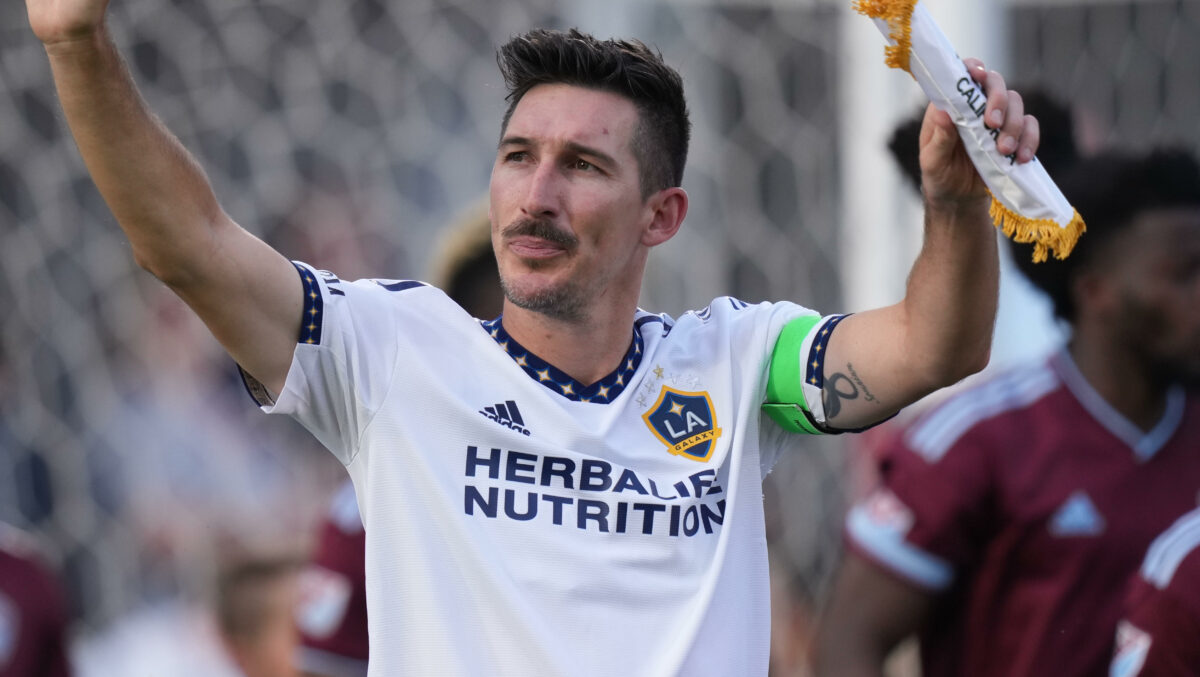 The L.A. Galaxy added two new faces for 2023, but also bid farewell to one of their veteran leaders.

“If you know me, you know this day is emotional and difficult because of my deep love for the game,” Kljestan said on Twitter. “Thank you soccer for taking me all over the world. Because of you I met and made friends from all different walks of life and all different parts of the world.”

Kljestan, a California native, played collegiately at Seton Hall University before also earning 52 caps with the U.S. men’s national team. He won eight domestic trophies during his time with Anderlecht while also winning the 2015 Supporters’ Shield with the Red Bulls.

Kljestan ends his Galaxy career with 69 appearances for the club in three years.

Here is a closer look at all of Thursday’s MLS News:

The Los Angeles Galaxy made two roster additions on Thursday with the team’s midfield and defensive corps being bolstered.

“We are pleased to welcome Memo to the LA Galaxy,” Vanney said in a release. “Memo is a talented and hard-working midfielder whose qualities complement our group and provide us with depth and versatility.”

Rodriguez, 27, spent his entire MLS career to date with the Houston Dynamo, logging 148 appearances across all competitions, 21 goals and 15 assists. He also was loaned to USL Championship clubs Charleston Battery and Rio Grande Valley FC at different times.

Mavinga, a Congolese international, played 124 regular-season games with Toronto FC after arriving in 2017 from Russian top-flight side Rubin Kazan. He was a part of TFC’s treble-winning side that year, when they captured MLS Cup, Supporters’ Shield and Canadian Championship titles.

“Chris brings experience, quality and more championship pedigree to our back line,” Vanney said in an official statement. “We are pleased to add him to our group and look forward to him being an important contributor.”

The Galaxy reached the Western Conference semifinals in 2022 and will be keen to get back in 2023.

Dave Romney is on the move in MLS with the veteran defender being reconnected with a former head coach in Foxborough.

The New England Revolution acquired Romney in a trade with Nashville SC, reuniting the 29-year-old with Bruce Arena. In exchange for Romney, Nashville SC will receive $525,000 in General Allocation Money split over the next two MLS seasons.

“Dave Romney is a reliable and quality defender in our league. He will be a great addition to our roster,” Arena said. “We look forward to Dave’s arrival in New England this preseason.”

Romney spent the last three seasons with Nashville SC, helping the club reach the MLS Cup Playoffs in each of those three years. He has accumulated 171 regular-season appearances during his pro career, scoring seven goals and adding 13 assists.

Gabrielsen returned to his native Norway on Thursday, signing with top-flight club Lillestrom. The 30-year-old originally joined Austin FC on a multi-year deal in January 2022, but now leaves after only one MLS campaign.

“Though it’s difficult to say goodbye to Austin FC, as a parent of a child who requires special care, returning to Lillestrøm and Norway is what’s best for me and my family at this time,” Gabrielsen said.

Gabrielsen returns to Lillestrom after previously playing there from 2009-14. He was a major contributor to Austin FC’s rapid turnaround in MLS last season, scoring two goals and adding three assists in 36 regular-season appearances.