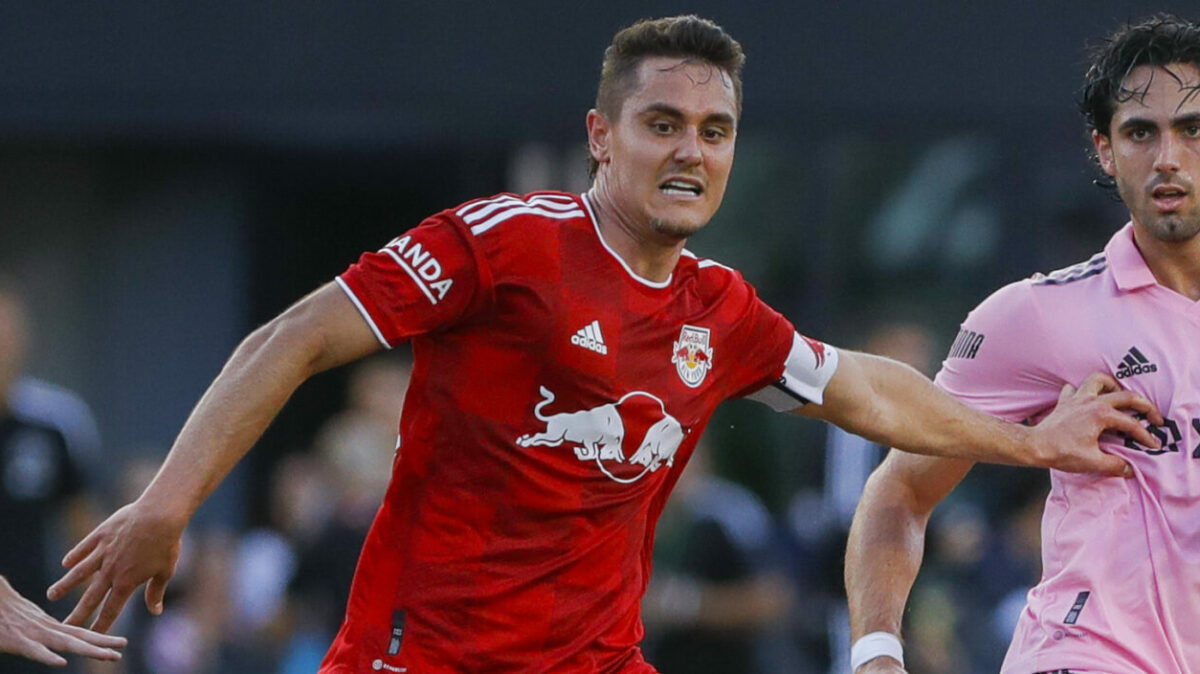 Los Angeles FC captured its first MLS title in 2022 and now added one of the league’s top defenders in preparation for the 2023 campaign.

“Aaron is among the top central defenders in MLS and the U.S. National Team pool, and we are incredibly excited he has chosen to come to LAFC,” LAFC Co-President & General Manager John Thorrington said. “We are confident that Aaron’s ability and experience will prove to be an important part of our continued success as a club.”

The 30-year-old joins LAFC after spending the past seven seasons with the Red Bulls. Long joined the Red Bulls in 2016 and was named the 2018 MLS Defender of the Year. He is a two-time MLS All-Star and also lifted one Supporters’ Shield trophy in his career.

A Southern California native, Long has earned 29 caps with the U.S. men’s national team to date, most recently being part of the 2022 FIFA World Cup roster in Qatar. He featured in two of the USMNT’s World Cup Qualifiers during the last qualifying cycle.

Daniel Gazdag’s impressive 2022 campaign would have put him on the radar of many European clubs this winter, but the Hungarian isn’t set to go anywhere soon.

The Philadelphia Union signed Gazdag to a new Designated Player contract, which will run through the 2025 MLS season. Gazdag’s contract also includes an option for 2026 and he also will wear the No. 10 kit for the Union beginning in 2023.

“Daniel became one of the top two-way players in Major League Soccer as well as a league MVP candidate last season,” said Philadelphia Union Sporting Director Ernst Tanner. “His 22 goals and 10 assists in the regular season show his value to our attack, and his defensive work rate and intelligence were key in helping us build a top defensive unit. He’s a great fit for our aggressive style of play and we are excited to reward him with a Designated Player contract that keeps him in Philadelphia for the coming years.”

Gazdag earned his first MLS Best XI selection in 2022 after setting a club-record for most goals scored in a single MLS regular season with 22. The Hungarian international produced a club-record 32 goal contributions last year and finished the regular season as the sixth player in MLS history to record at least 20 goals and 10 assists in a single campaign.

Alvaro Barreal committed his future to FC Cincinnati on Wednesday after signing a contract extension through the 2023 MLS season.

Barreal’s contract includes two option years for 2024 and 2025, the club announced. The 22-year-old Argentine developed into a left wingback for FC Cincy last year as they earned their first-ever MLS playoff spot in 2022.

“Álvaro showed tremendous growth in 2022 and became a critical piece in our group,” general manager said Chris Albright said. “He’s an elite talent who can excel in multiple positions for us, and we look forward to his continued development and production with FC Cincinnati.”

Hyndman, 26, joined Atlanta United in July 2019 from English Premier League side Bournemouth, but injuries hampered his time in MLS. He totaled four goals and six assists in 51 league appearances.

“We had a good conversation with Emerson and decided together that it would be mutually beneficial for him to get a fresh start,” Atlanta VP and technical director Carlos Bocanegra said in a release. “He has been a great professional and teammate throughout his time in Atlanta and we want to thank him for his contributions to the club. We wish him the best in his future.”

Hyndman began his pro career with Fulham before also featuring for Scottish clubs Rangers and Hibernian before moving to AFC Bournemouth.

Wolff, 19, was on loan at Belgian second-tier side SK Beveren through the 2022-23 campaign, but since has been recalled for the start of Atlanta United preseason camp. Wolff totaled 54 minutes in seven appearances for Beveren during his loan spell there.

He made his MLS debut in 2020 and since has registered one assist in 17 MLS appearances.

Austin FC is reportedly set to lose centerback Ruben Gabrielsen, but have filled his spot on the roster with Leo Väisänen joining on a permanent deal.

Vaisanen most recently played for Swedish Allsvenskan side IF Elfsborg and signed a four-year MLS contract, the club announced. Vaisanen arrives in Texas with 16 goals scored in 230 career professional games, also playing in his native Finland and the Netherlands.

“We wish Leo a warm welcome to the club and to the city of Austin,” sporting director Claudio Reyna said in a release. “His skill set is an excellent fit for our style of play, and his quality, leadership and international experience will all serve him well here in Austin.”

Austin FC has Julio Cascante, Jhohan Romana, and Kipp Keller also as center backs on its roster heading into 2023. The Western Conference club reached the conference finals for the first time before falling to eventual league winners Los Angeles FC.