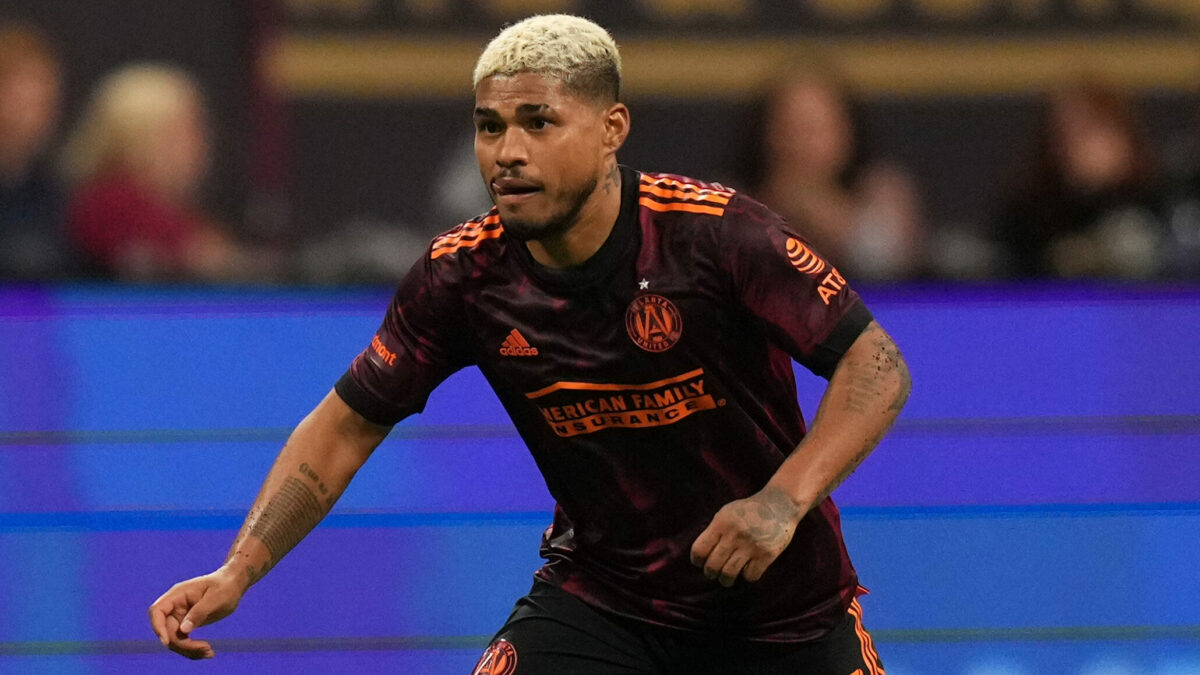 Inter Miami bid farewell to striker Gonzalo Higuain this offseason, but replaced the Argentine with one of the top modern-day MLS forwards.

Josef Martinez made the move to Inter Miami on Wednesday after the Venezuelan’s contract was bought out by Atlanta United. The 29-year-old spent the last six seasons with the Five Stripes, scoring 103 goals and registering 17 assists over 144 combined league appearances.

Martinez joined Atlanta United from Serie A side Torino in 2017 and proceeded to help the Five Stripes lift MLS Cup in 2018. He also lifted the Campeones Cup and U.S. Open Cup during his time at Mercedes-Benz Stadium.

“Josef is a champion and adding him to our group is exciting for us as we head into the 2023 season,” Inter Miami chief soccer officer and sporting director Chris Henderson said in a statement. “He’s been one of the best players in the league since he first arrived and we believe he’ll make a difference here at Inter Miami. We’re adding a proven goalscorer with a track record of success in MLS. We’re thrilled to have a player like Josef in our attack.”

Martinez won the MLS MVP award in 2018, as well as the MLS Cup MVP award under then-head coach Tata Martino. He has earned 60 caps to date with the Venezuelan national team, scoring 13 goals.

Paxton Pomykal not only earned his third U.S. men’s national team call-up on Wednesday, but also committed his future to FC Dallas.

Pomykal signed a new four-year contract with a club option for the 2027 season, the club announced. The 23-year-old has been with FC Dallas since 2016 after signing with the Western Conference club as a homegrown player.

“It feels good,” Pomykal said. “I love being here. With Nico and the rest of the guys, we’re starting something special and I want to be a part of that. That’s why I’m looking forward to the next few years here and bringing titles home.”

Pomykal is coming off a career-best season for FC Dallas, making 35 league appearances and recording five assists. He logged over 2,400 minutes for Nico Estevez’s squad, helping FC Dallas reach the second round of the MLS Cup Playoffs.

Blessing and Romney both signed two-year contracts through the 2024 season, with an additional one-year club option for 2025. The Revs used Targeted Allocation Money to complete the roster moves.

The 26-year-old Blessing was acquired from Los Angeles FC after helping the Western Conference club win MLS Cup in 2022. Blessing has totaled 170 regular season appearances over this career, which includes 17 goals and 24 assists. Blessing left LAFC as the club’s all-time leader in games played (145) and minutes played (9,749).

Romney, 29, has totaled 171 league appearances, seven goals, and 13 assists across more than 14,000 minutes played in MLS. He joined Nashville SC in 2020 and helped the Western Conference club to three-straight MLS Cup Playoffs appearances.

The Revs are aiming to get back to the playoffs in 2023 after failing to reach the postseason last year.

Jake Mulraney is headed back to his native Republic of Ireland after Orlando City agreed to sell the veteran attacker on Wednesday.

St Patrick’s Athletic reached a transfer agreement for Mulraney on Wednesday, ending the 26-year-old’s three-year stay in MLS. Mulraney originally joined Atlanta United in 2020 before being traded to Orlando City last May.

“We would like to thank Jake for all the hard work and dedication he gave to us last season,” Orlando’s EVP of soccer operations and general manager Luiz Muzzi said in a release. “Jake is a true professional in every meaning of the word and we wish him all the best moving forward.”

Mulraney, a former Republic of Ireland youth international, played for Scottish Premiership side Hearts before arriving in MLS. He also played in England for Stevenage and Dagenham & Redbridge.