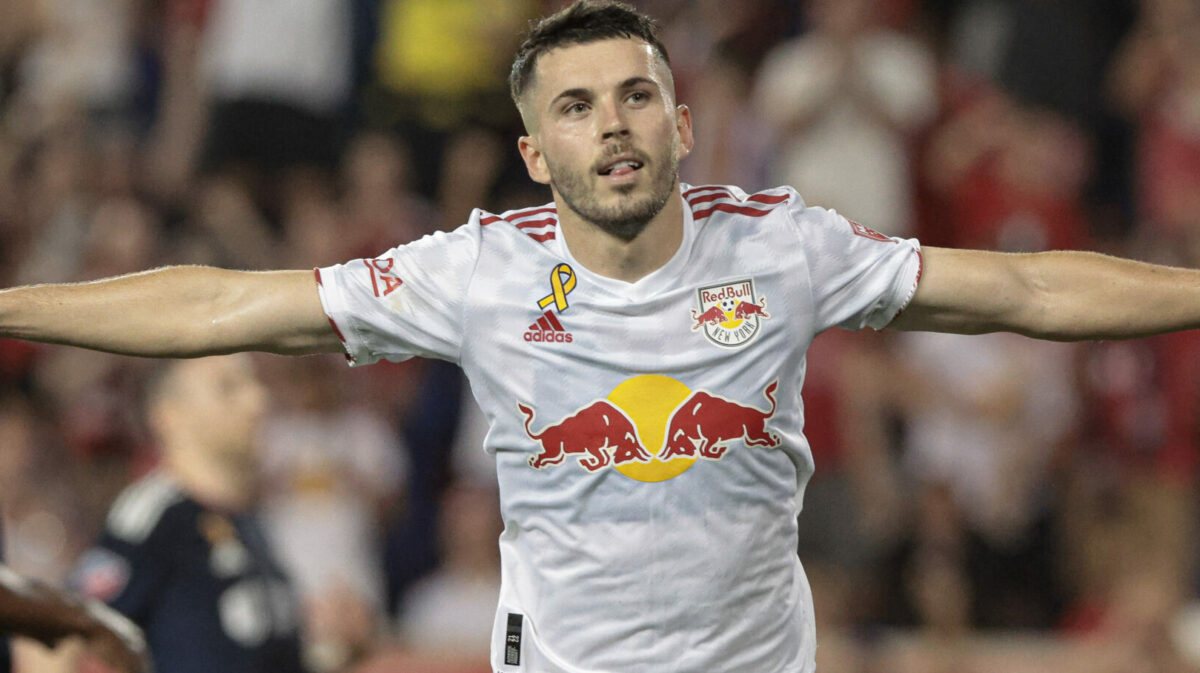 Morgan was signed to a new contract by the Eastern Conference club on Friday, which takes him through the 2025 MLS season. The 25-year-old was acquired from Inter Miami last winter for $1.2 million in General Allocation Money and proceeded to lead the Red Bulls with 14 league goals in 32 appearances.

His efforts helped the Red Bulls book a co-league-leading 13th straight trip to the MLS Cup Playoffs, netting six of his 14 goals from the penalty spot.

“We are extremely happy to be able to sign Lewis to a new contract,” head of sport Jochen Schneider said in a release. “He had a tremendous first season with us, where he was a main contributor for the club, and we are excited to keep him at the club.”

Morgan tallied seven goals and 12 assists in 57 appearances across two seasons with Inter Miami prior to his move to the Red Bulls. He was named Team MVP during the Herons’ inaugural campaign in 2020.

Andrew Farrell committed his future to the New England Revolution on Friday, signing through the 2023 league campaign.

“Andrew Farrell is an important player in our team and has represented the Revolution with the utmost class throughout his decade with the club,” Revolution sporting director and head coach Bruce Arena said in a release. “Andrew’s durability on the field and leadership in the locker room will continue to benefit our team. We are happy to reward Andrew with this new contract.”

Farrell is heading into his 11th MLS season since being selected ​​first overall in the 2013 MLS Draft. He is a five-time Revolution Defender of the Year winner, which includes back-to-back achievements in 2021 and 2022.

The Revs won the Supporters’ Shield in 2021 but failed to reach the MLS Cup Playoffs in 2022.

Nathan Fogaca is back with the Portland Timbers ahead of the 2023 MLS season, the club announced Friday.

The Timbers exercised a contract option on the Brazilian attacker and also hold a club option for 2024. Fogaca, 23, originally signed with the Timbers last May, scoring twice in a 7-2 rout of Sporting KC.

Fogaça became the first player in Timbers’ history to register a brace in his debut. Those goals were his only tallies across 11 appearances for the Western Conference club.

He remains with Felipe Mora and Jaroslaw Niezgoda as the leading forwards in the Timbers squad this season.

Danny Flores is on his way to Sporting Kansas City after the Western Conference club claimed him off waivers.

Flores, 20, signed a one-year contract through the 2023 MLS season which includes club options for 2024-26, the club announced Friday. He most recently spent two seasons at the University of Virginia Tech, recording five goals and five assists across 33 games with the Hokies.

Flores has also spent portions of three seasons in the USL Championship, representing Philadelphia Union II from 2019-20 and Oakland Roots SC in 2021. He totaled two goals and two assists in 32 games in the second division.

He is a former U.S. youth national team member.