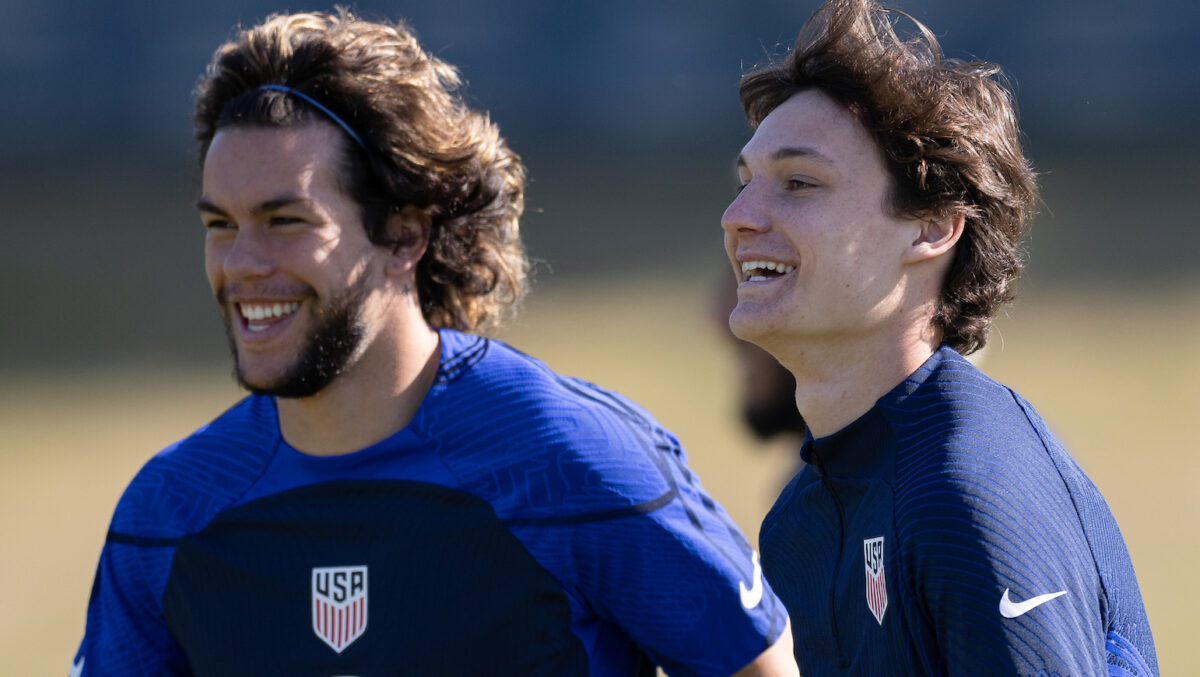 The U.S. men’s national team takes the field on Wednesday night for the first time in 2023, and although a lot of the focus remains on the continuing investigation of Gregg Berhalter and his future as head coach, several new faces are eager to prove themselves in the current squad.

Anthony Hudson takes charge of the USMNT for Wednesday’s showdown with Serbia at Banc of California Stadium, looking to earn a positive result in the first of two friendlies over the next four days. A total of 13 players will be seeking their first USMNT caps this month, with dual-national attacker Alejandro Zendejas, Eintracht Frankfurt arrival Paxten Aaronson, and Chelsea goalkeeper Gabriel Slonina headlining the group.

January’s pair of friendlies will provide an early opportunity for many players seeking a positive start with the USMNT, and an early glimpse for Hudson and the current coaching staff to scout ahead of the competitive schedule down the road.

“We had a filter for this camp of young, high-potentials, Olympic-age players, we wanted to try and get some dual-nationals in here as well and there were some we weren’t able to get for this camp,” Hudson said Tuesday in his pre-match press conference. “We also wanted to have some of the World Cup guys here as well. It was important that we brought a group of core players in that knew about the culture and how we do things on and off the field. They all have been brilliant.”

“There’s a lot of young guys here, especially me and I’m really hungry to get after it and make a really good first impression,” Aaronson said Monday. “It’s a dream to make my senior debut so earning my first cap and building off that momentum would be important during the start of this cycle.”

A total of five players from the World Cup roster have also been called in this month to provide leadership in a youth-heavy squad. Walker Zimmerman, Jesus Ferreira, Sean Johnson, Aaron Long, and Kellyn Acosta all were part of the USMNT roster that reached the Round of 16 in Qatar last November-December, while veteran winger Paul Arriola was also included in Hudson’s plans.

For all six of these players, the January camp will not only provide them with additional preparation for the upcoming MLS campaign, but also with an early opportunity to tune out the continued negativity surrounding U.S. Soccer amid Berhalter’s investigation.

“It’s been a dream for so many of them, so many of us, but mainly the players,” said Hudson. “They set out with a big, lofty ambition, not just to go [to the World Cup], but to go there and represent themselves in a way that people would sit up and take notice of the team.”

“So when all this happened, I think it was a feeling of shame. It’s sadness because all the attention has gone away from that, all of the good work and it’s been shifted in another direction.”

The USMNT will seek a winning start to its 2023 schedule, especially against a Serbian squad which features only three players with at least one cap to their names. While a lot of the focus will be grooming new faces for their long-term international futures, several players returning to the fold will be just as important as the 2026 World Cup preparation gets underway.

“It’s an honor to be here, so using this opportunity to show what I can do as a player for the national team is very important,” Chelsea goalkeeper Gabriel Slonina said. “Moving to Chelsea has been great, being able to train with the guys has been a dream come true, but now it’s about showing what I have learned there in my experiences here.”