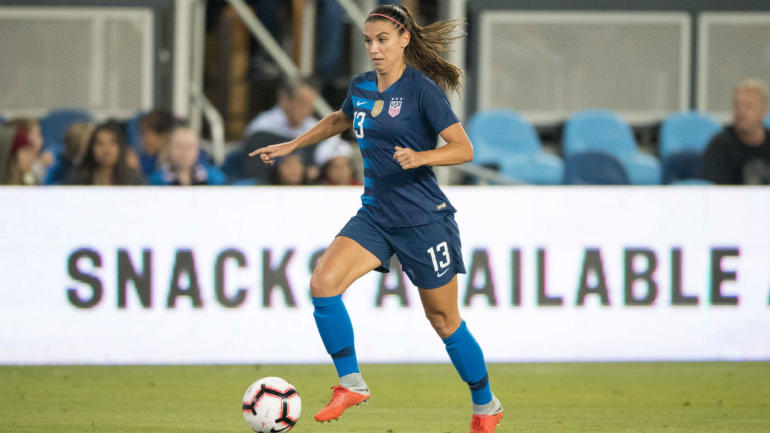 CHESTER, Pa. — The U.S. Women’s National Team hoped to kick off play in the She Believes Cup on a high note as it continues preparations for this summer’s FIFA World Cup in France.

Jill Ellis’ side had to settle for a point on Wednesday in a 2-2 tie at Talen Energy Stadium against Japan.

In an opening half which saw limited chances on goal, the USWNT made the most of its opportunities.

Tobin Heath’s dashing run down the right flank in the 22nd minute opened space for Megan Rapinoe inside of the box. After dancing around a Japanese defender, Heath crossed a pass for Rapinoe, who tapped into an empty net for a 1-0 USWNT lead.

Rapinoe came close to doubling her stats on the day after her free kick was pushed wide in the 40th minute. Alex Morgan also came close to adding to the U.S. lead but her glancing head in the 63rd minute just missed the left post.

Japan stuck with the pressure though after the hour mark and it eventually made the USWNT pay. Emi Nakajima’s left-footed bender beat Alyssa Naeher to the bottom-left corner to level the score at 1-1 in the 67th minute. A failed clearance by Tierna Davidson fell to the feet of Nakajima who took one step and rifled home her first goal of the tournament.

One minute after coming on, Christen Press made an immediate impact, setting up the eventual go-ahead goal. Press sent a cross into the box and Morgan pounced to put the USWNT in front for good. It was Morgan’s 99th career goal for the USWNT.

However, Japan caught the Americans sleeping and made them pay when  Yuka Momiki beat Naeher on a two-on-one. Japan hungon for a point and will now prepare to face Brazil.

The USWNT continues play in the She Believes Cup on Saturday against England in Nashville.