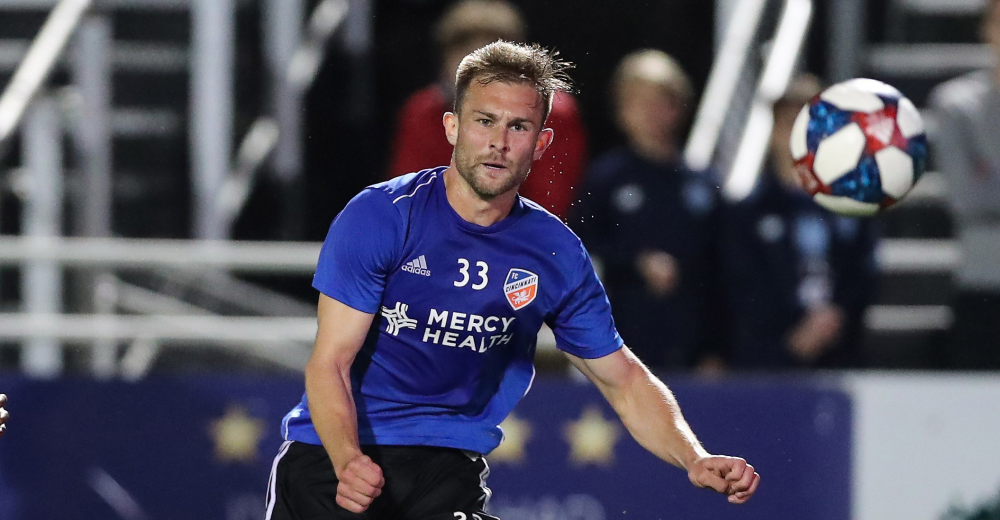 FC Cincinnati has been preparing for MLS life since May, 2018. After officially being invited to join the league, the club wasted no time constructing its inaugural MLS roster, evidenced by the signing of designated player Fanendo Adi from Portland Timbers the very next month, something never done by a USL club before or since.

Under the direction of head coach Alan Koch, FCC went on to dominate USL in 2018. An impressive record of 28-8-3 carried FCC to a regular season championship, 11 points ahead of the competition in a season that saw the team go on a 25-match unbeaten run across USL and the US. Open Cup.

While FC Cincinnati has given fans much to be excited about since its inception, the reality is USL success does not serve as a barometer for the same in MLS. Navigating the waters of MLS is historically difficult for expansion clubs, with only four expansion sides in league history making playoff appearances in their first season.

As FCC positioned itself as the frontrunner for the expansion opportunity, it built a technical staff that is ready to scale.

While the team had to compensate for the disparity in talent level between MLS and USL talent. It is reasonable to believe that with so many standout performances on such a dominant side, some of the players brought over would be making the jump to MLS with or without FCC. Namely Forrest Lasso and Emmanuel Ledsesma, 2018 USL Defender of the Year and MVP, respectively.

34-year-old fullback Justin Hoyte will also join FC Cincinnati in 2019. With appearances for Arsenal and England’s youth National teams on his resume, Hoyte’s experience and veteran moxy have been invaluable since joining The Orange and Blue in 2017. Hoyte may not have a gigantic workload, but his presence still certainly has value.

FC Cincinnati also retained two players from its inaugural USL season in 2016. Corben Bone and Jimmy McLaughlin, both of whom fell from USL after MLS service time.

With 12 goals and four assists, Bone had an exceptional 2018 and will be a fan favorite to win minutes in the midfield amongst several new signings while McLaughlin suffered a knee injury that will keep him out of competition for 2019.

There is a multitude of backgrounds on FC Cincinnati’s roster, at least a pair of USL carryovers are making the most of the opportunity.

“Everybody saw us sign all these USL players and there some was concern thinking ‘wow they are singing all these players and these (USL players) are supposed to be their go to guys.’ That group of players just like everybody else are coming in fighting, competing for playing time,” Koch told SBI. “A realist will say those guys are great to continue the culture, but there are one or two of them that have stepped up and are in contention for the group that could start on Saturday.”

FC Cincinnati has further crafted a roster laced with experience from across the globe. While there is plenty of excitement over all the new talent, Koch is tasked with the duality of trying to optimize an almost entirely new roster, while preparing for the toughest competition he’ll have seen so far in his coaching career. FCC had seven preseason matches to experiment with, and Koch still has a handful of position battles taking place while working in a shorter timeframe than he’s accustomed to.

“I think every preseason, no matter how much time you’ve had you always want more. Last year we were actually able to intentionally extend our preseason so we had more time with a with a new group. This year we’re bound by MLS rules and we haven’t had quite as much time to be honest as we would have liked.” Koch said.

FCC has reasons to be optimistic as a starting XI emerges.

Garza and Waston are questionable to start the season as both have been away from the pack so far in preseason and training. Forest Lasso and former of Portland Timbers veteran Alvas Powell are looking likely to get starting opportunities early on.

Goalkeeper Przemyslaw Tytoń joins FC Cincinnati after not playing a match for nearly 18 months. While the layoff is concerning, Tytoń comes with experience in La Liga and Bundesliga, while earning 14 caps for Poland’s senior National team.

In the midfield, FC Cincinnati outsourced to Europe and Central America for Leonardo Bertone and Allan Cruz, respectively along with bringing in a pair of FC Dallas teammates in Victor Ulloa and Roland Lamah. Caleb Stanko is another interesting addition, most recently playing for Bundesliga’s SC Frieburg.

One area of concern will be absence of a true attacking midfielder. After a rumored signing of Matais Fernandez fell through, FCC has since not addressed the number 10 spot. While it may be indicative of the formation Koch plans running, or shared attacking responsibility across the midfield, not having a player for the role will limit options. 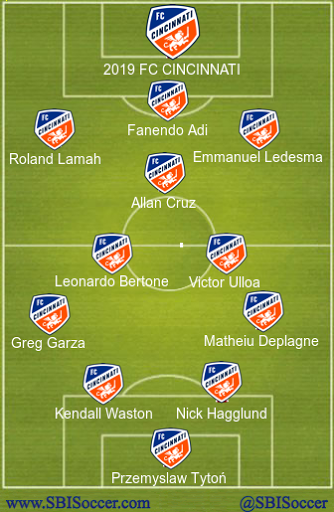 The Costa Rican international comes from CS Herediano where he was part of a league championship campaign in 2018. Cruz, 22, had the attention of clubs around the world in the most recent transfer window. At the National team level, Cruz has scored one goal in six caps for Costa Rica after since being called up to the senior roster in 2018.

Earning himself the nickname “Tico Kante” for his box to box play, he is an immediate impact player that FC Cincinnati will hope to rely on for his playmaking ability.

Pressure Is On: Fanendo Adi

In 11 USL appearances, Adi was good for only three goals in 2018. His final performance of the season saw him be absolutely muted by now teammate Hasan Ndam in FCC’s playoff loss to NYRB II, in a match where fans were hoping to see him emerge as a leader.

Expectations are certainly higher for the club’s first ever designated player. His perceived star power and reputation will have him under a microscope until he can show a sustained run of good form. In his return to MLS, Adi is not on thin ice by any means. In fact, he is one of few players who isn’t in a position battle for his place on the starting XI.

With FC Cincinnati’s financial limitations, it has to hit on designated player signings. Another underwhelming performance from Adi could bring his future with the club into question.

Since taking over manager duties in 2017 Alan Koch has never lost three consecutive matches with FC Cincinnati. An impressive statistic that will be tested immediately as Seattle Sounders, Atlanta United, and Portland Timbers will be his welcome party to the league.

Coming out of the gate, FC Cincinnati may struggle with facing MLS elite opponents in its first three weeks, a daunting task for any club in the league.

“I think from a points collection perspective, we’ve got a very difficult start so it’s important to collect as many points as we can in first third of the season. Hopefully go on a run in the middle, and we have a lots of home games at the end,” Koch said. “So if we can fight, and collect as many points as possible early on, which is not going to be easy, we want to be within striking distance in terms of making the playoffs”

Koch knows points will come easier as the squad stabilizes. With seven playoff spots available to the 12 teams in the Eastern Conference there’s certainly opportunity for FCC to find itself in the postseason conversation, even with a less than spectacular season.

“We want to compete to get in the playoffs, but there’s 12 very good teams in the eastern conference, so it not be easy to be one of the top seven teams,” Koch said. “I won’t define success this season by making the playoffs, though. I think we define success this year by showing growth, how we continue to push the group, how much we grow as a club, and how we grow as a team.”