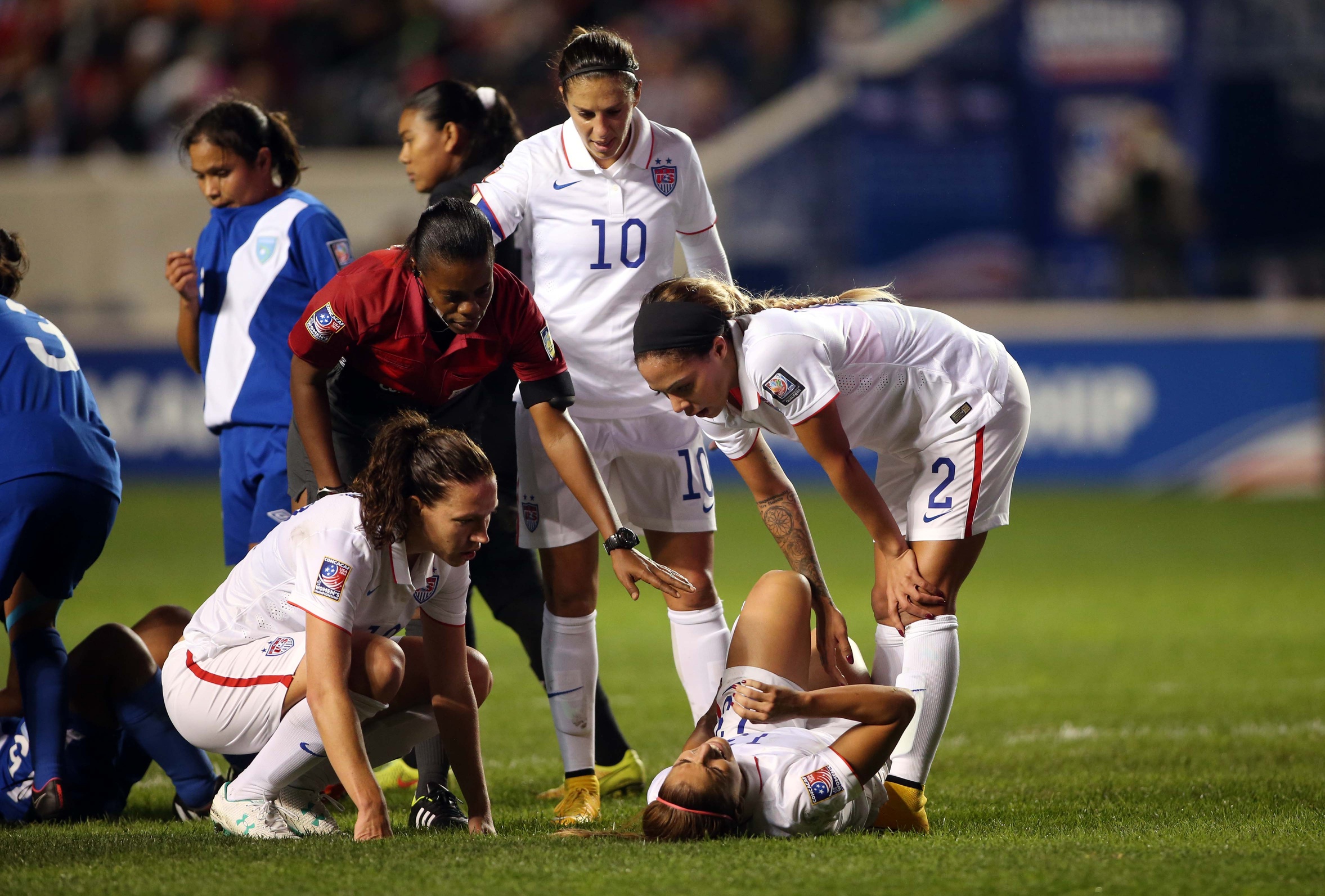 After rolling her ankle and being stretchered off during a 5-0 win over Guatemala for the U.S. Women’s National Team on Friday, Morgan will be out for between a month to six weeks with an ankle strain, U.S. Soccer announced Saturday.

Morgan looked to be in considerable pain Friday, having injured the same ankle that left her sidelined for seven months recently, but an MRI Saturday revealed a sprain without additional damage.

“We certainly feel for Alex and of course having her go down is a big loss to our team,” coach Jill Ellis said in a statement. “But as I’ve often said, one of our strengths is depth and everyone on the roster is prepared to step up. After talking with our medical staff and Alex, we all agreed that the best course of action for her is to head home to minimize travel and get into an environment where she can totally focus on recovery.”

As the USWNT continues CONCACAF World Cup qualifiers, the team has plenty of options with Abby Wambach, Sydney Leroux, Christen Press and Amy Rodriguez available as forwards, plus a slew of additional midfielders that Ellis has been experimenting with playing as part of a three-front attacking system.

Morgan had recently found her top form again, having returned to the USWNT in June after her previous ankle injury. She had five goals in seven matches for the USWNT this year and assisted the lone goal in a tight match Wednesday against Trinidad & Tobago to open CONCACAF World Cup qualifying.

Ellis cannot bring in another player to replace her, so the USWNT will finish the tournament with a roster of 19 players.

“It’s unfortunate timing, but I know my teammates will take care of business and qualify for the World Cup and I’ll be watching from my couch,” Morgan said in a statement. “I have plenty of time to get healthy with a longer break coming up for the team, so my job is to focus on the rehab and get back healthy as soon as I can.”

The USWNT continues its qualifying campaign on Monday against Haiti at 7:30 pm ET in Washington D.C., live on Fox Sports 1. Even with a loss, the USWNT will stay in strong position to qualify for the 2015 World Cup in Canada as the Americans sit atop their group.