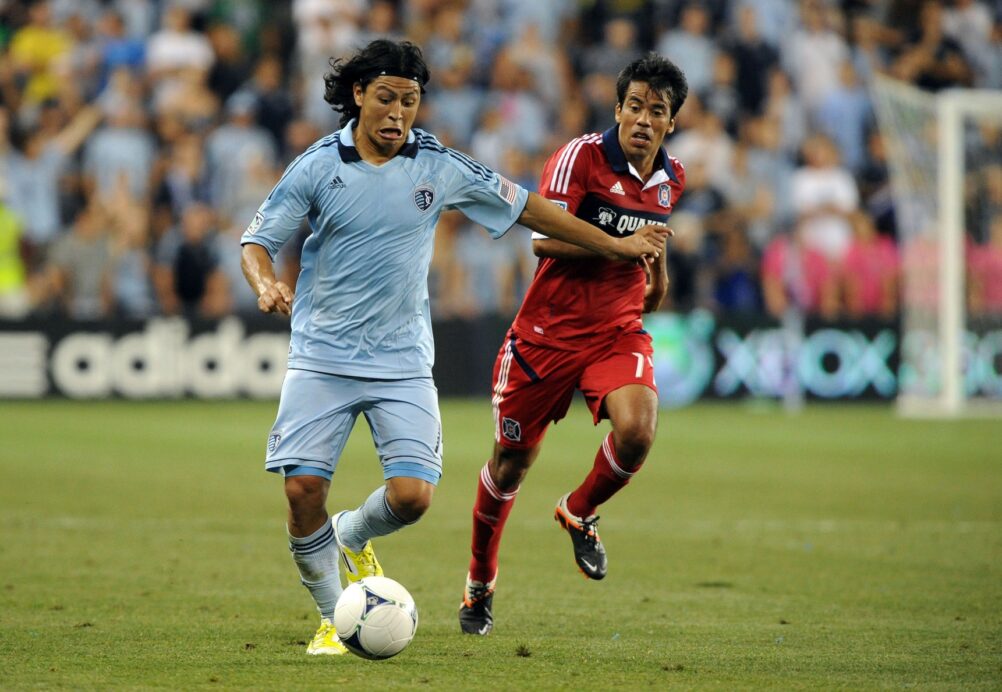 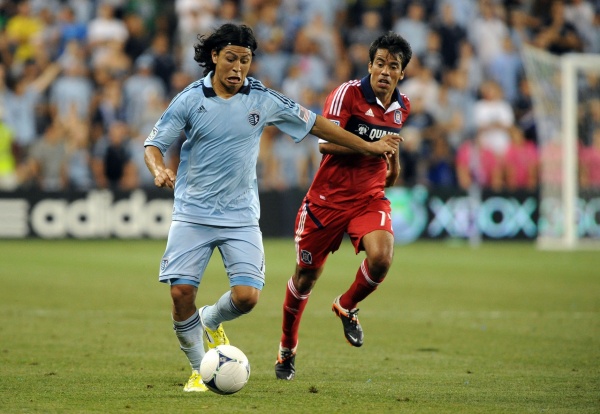 Less than two years after departing the club for Wigan Atletic, Roger Espinoza is pushing for a return to Sporting KC.

Wigan manager Uwe Rosler revealed Tuesday that the Honduran midfielder is looking to leave the club with aims of making a return to Sporting KC for family reasons.

“Roger came twice to me and wanted to leave the club. He wanted to go back to Kansas,” Rosler said. “I think after he came back after the World Cup he struggled to find an appetite for football.

“His family is in the States, it was very difficult. I have never dealt with a player who has been at a World Cup, and I think for Roger it was a new experience… He came back and wanted to go back to Kansas, he was homesick.”

Despite Espinoza’s wishes to return, Rosler says Espinoza is committed to Wigan for the time being and could feature in the team’s coming games.

“We’ve had a good talk about his future and he is now in a good spirit,” added Rosler.

“Going forward, I think it is very difficult for a manager when a player is so strong-minded and convinced he wants to go home, because he wants to return home – so that is where we are with Roger.”

Here are some more news and notes from around MLS:

Orlando City already have a preseason trip to Brazil on the schedule, but the club is now set to host European competition ahead of their debut season.

Germany’s Bayer Leverkusen announced Tuesday that the club is set to travel to Orlando for a tournament set to take place between Jan. 9-18, which coincided with the Bundesliga’s winter break.

“If we want to continuing growing our business then we need to look further abroad and present our club better on the international stage,” said Bayer 04 CEO Michael Schade. “The market in the USA is very attractive for us and the possibilities there are sensational.”

The club also revealed that the four-team tournament would be contested between Leverkusen, Orlando City, and unnamed teams from Brazil and Canada.

Connor Lade’s up-and-down season is set to see the midfielder bounce around yet again.

The New York Red Bulls are set to recall Lade from the New York Comos ahead of the team’s CONCACAF Champions League clash with the Montreal Impact. Lade had previously been recalled in September before heading back to the Cosmos shortly threafter.

“It’s great,” said Red Bulls head coach Mike Petke. “Connor has shown improvement every time he’s come back. I give a lot of credit to the Cosmos, giving him the playing time and he looks confident and he’s playing well and I thought he played very well against Montreal in last Champions League that he played in, so we’re going to put him right back in that (central midfield) position and see what we have here.”

The Red Bulls head into Tuesday’s game having already been eliminated, which gives head coach Mike Petke the opportunity to rest players ahead of MLS’ final weekend.

How would Espinoza fare with the current Sporting KC side? What do you think of Orlando City’s preseason plans? How should the Red Bulls use Lade in 2015?