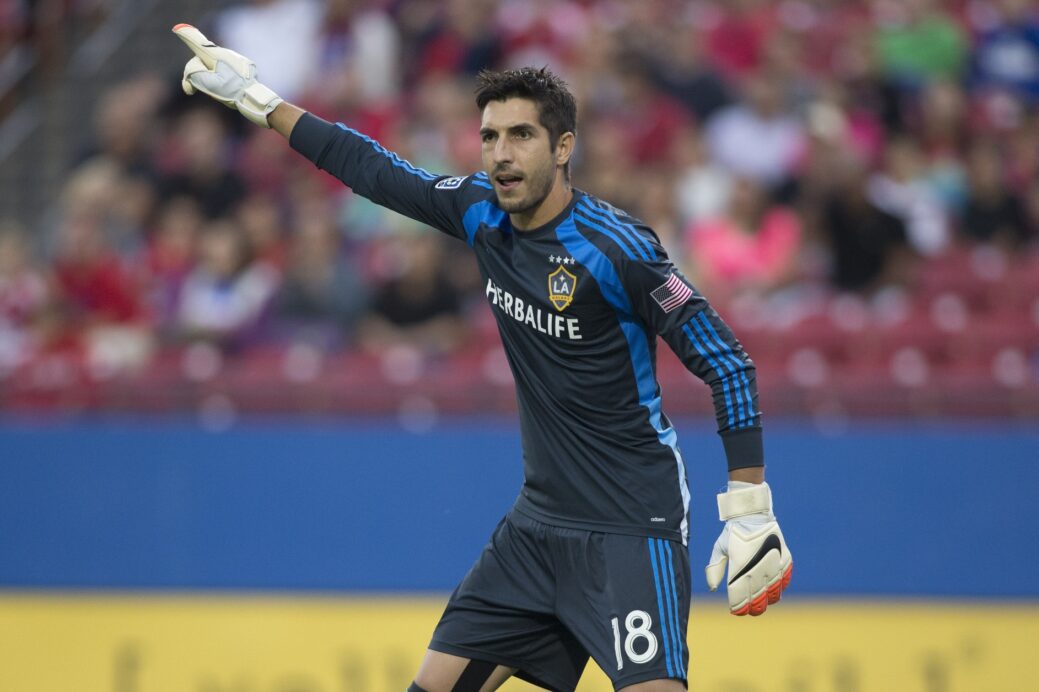 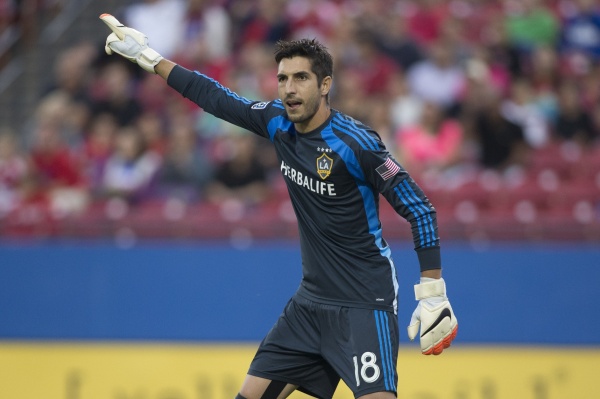 SANDY, Utah. – Real Salt Lake gave the Los Angeles Galaxy all they could handle, but couldn’t find a way to get a shot past Jaime Penedo.

Real Salt lake held the Los Angeles Galaxy to their worst offensive output of the season on Saturday night, but a stellar six-save outing by Penedo forced RSL to settle for a 0-0 draw in front of a sold-out Rio Tinto Stadium.

Despite RSL out-shooting the visitors 15-3, the Galaxy clung to the stalemate thanks to a virtuoso performance from Penedo.

With the advent of the away goals rule, all eyes were on these familiar foes and how the match would shake out with a tweak to the playoff format. The big question after the draw was, “who does this result favor?”

The Galaxy will clearly be pleased leaving Utah unscathed but it was LA head coach, Bruce Arena, who made the substitution in the final minutes of the match to try and grab a goal, while RSL coach Jeff Cassar stood pat.

It almost paid off for the first-year head coach when midfield maestro Javier Morales attempted to chip Penedo from just inside the box. The Panamanian backstop leaped and swiped at the ball, clawing the ball over the bar and preserving draw logging his sixth and final save of the night.

“I don’t think we sat back at all,” Cassar said. “We created an abundance of chances tonight. We ran across a goalkeeper that played great. Hats off to him.”

RSL’s head coach, while praising Penedo, was also very positive about his team’s position heading to Los Angeles for the second leg.

“I think we’re in a fantastic position,” he said. “I’m really excited and I know the guys are. Yeah, we’re frustrated we didn’t put the ball in the back of the net, absolutely. I’m not saying that, but we created the chances.”

In fact, RSL logged six shots on goal while the Galaxy were only able to muster a single attempt, which came very early in the match.

Alvaro Saborio, Joao Plata and Morales had two shots on goal each and were dangerous all night long. Plata, in particular, was buzzing around the pitch all night, disrupting LA’s passing lanes and threatening LA’s backline.

RSL displayed bite and aggressiveness throughout the match and kept their energy level up despite the lack of a single substitution from the bench, something that hasn’t happened for the Utah side since the 2007 season.

RSL captain Kyle Beckerman remarked that the team wasn’t concerned about the subs but was focused on the Galaxy.

RSL did keep the Galaxy off the scoresheet thanks to a backline that limited chances on the break and largely kept the potent trio of Landon Donovan, Robbie Keane and Gyasi Zardes quiet.

“I think tonight we were just really good at covering for each other,” defender Nat Borchers said. “One defender would step and we were aggressive enough to win that initial ball and if we didn’t we had somebody covering. So that was good to see, especially this time of year that we’re really establishing that rhythm in the back.”

Despite the lack of goals in the match, the fans were treated to a titanic matchup between familiar foes who took it to each other all night.

“It was a good spectacle for the fans, for sure, as far as 0-0 games go,” RSL defender Tony Beltran said. “It’s two capable teams. Two teams that like to attack. Two teams that have a lot of attacking prowess but also pride themselves on their defending.”

“We’re evenly matched and it may come down to who wants it and who gets lucky on the day next weekend.”