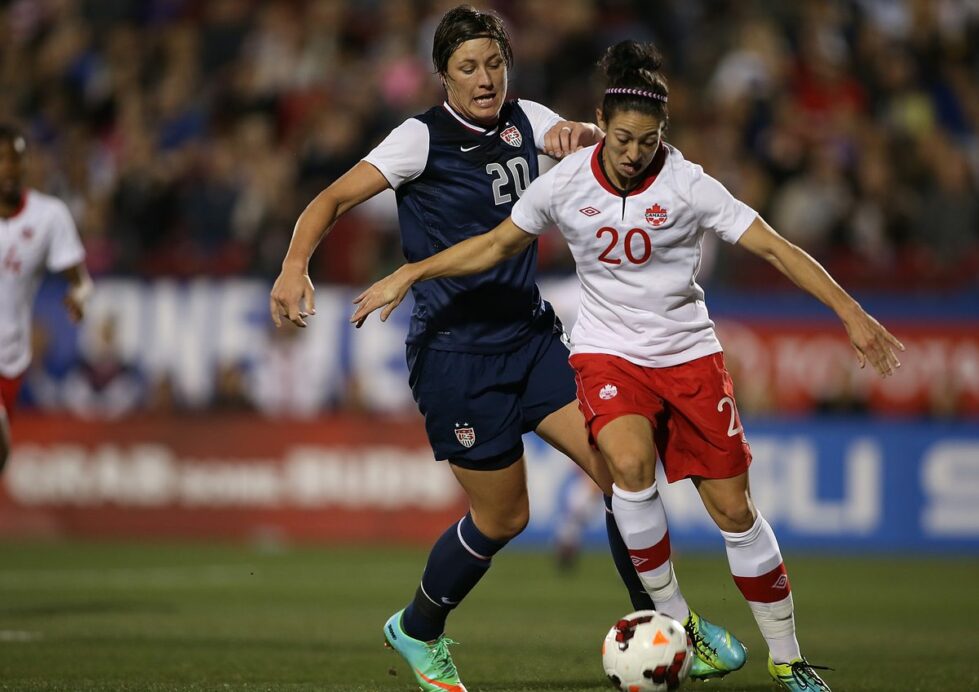 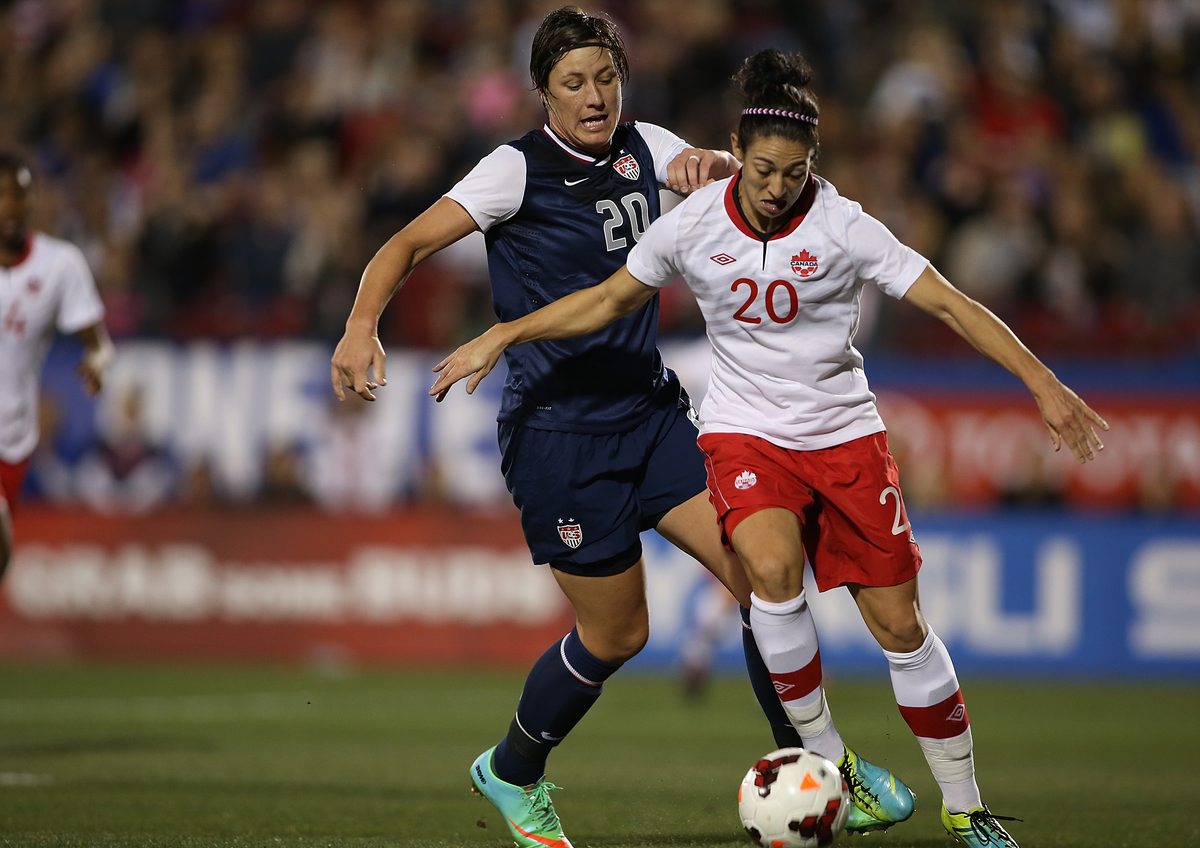 The turf battle is getting a little support from Washington.

A group of 13 U.S. Senators sent a letter to FIFA, they announced Friday, urging that the organization to reconsider plans to host the 2015 Women’s World Cup on artificial turf.

“As members of the United States Senate, we are deeply concerned with FIFA’s treatment of these players,” the letter said. “We urge you to begin good faith negotiations with these athletes, free of retaliation and with the equal treatment that they deserve.”

The letter is the latest in a growing chorus — largely from American voices — calling on plans to be revised for the Women’s World Cup in June to allow for natural grass fields, instead of artificial turf. Although the men have never played a World Cup on artificial turf, with plans for grass through to the 2022 World Cup in Qatar, FIFA and the Canadian Soccer Association have dismissed claims of discrimination, with FIFA President Sepp Blatter calling artificial turf the future of soccer.

“We’re grateful that these Senators are standing beside us in our fight for an equal playing field at the World Cup,” said U.S. Women’s National Team forward Abby Wambach in a statement. “In soccer, the field means everything. But what’s at stake here is more than just the surface we’ll be playing on – it’s about gender equality and standing up for what’s right. Women’s soccer fans around the world are watching to see if our sport will be given the equal treatment it deserves, and now we know that Congress is watching, too.”

The public debate over whether FIFA and CSA is discriminating against female players by hosting the tournament on artificial turf took a turn when a group of players filed legal proceedings last month. A group of international players including Americans Abby Wambach and Alex Morgan were behind the legal motion, which sits with a Human Rights Tribunal in Ontario, Canada.

On Friday, the Tribunal denied a request made by the players group to expedite the proceedings to ensure a resolution while there is still time to convert the fields from artificial turf to grass.

The bipartisan Senators group, including 12 Democrats and one Republican, also sent a similar letter to U.S. Soccer President Sunil Gulati, urging him to take advantage of his position as a member of FIFA’s Executive Committee to push for natural grass at the Women’s World Cup.

Read the full letter below:

We write to express our concerns over reports that the 2015 Women’s World Cup will be held on artificial turf, whereas the men’s competition is held entirely on grass. We ask the International Federation of Association Football (FIFA) to reconsider this short-sighted and counterproductive decision.

Artificial turf both increases the risk of serious injury and fundamentally changes the way the game is played. FIFA has never used turf fields for the men’s World Cup.  And it appears that it  has no plans to do so having committed to using natural grass for the 2018 men’s tournament in Russia and 2022 men’s tournament in Qatar, host countries with climates at least as challenging as Canada’s.

FIFA itself has recognized the inferiority of turf to natural grass. In March, FIFA’s weekly magazine published an article titled, “How Bad are the Artificial Turf Pitches?” in which the author points out that male athletes routinely refuse to play on artificial turf, deeming it unacceptable, and “widely regarded as deeply problematic.” When FIFA polled top female soccer players around the world, 77% agreed that all matches at major tournaments should be played on natural grass, while just 8% disagreed.

Viewership and interest in women’s soccer has never been higher. The 2011 FIFA Women’s World Cup Final gave ESPN its highest U.S. ratings ever for a soccer match at the time, drawing 13.5 million viewers in the U.S. And in 2015, the world will again be watching the Women’s World Cup with great interest.

Currently ranked first in the world, the United States women’s national soccer team has made our country proud time and time again. As members of the United States Senate, we are deeply concerned with FIFA’s treatment of these players. We urge you to begin good faith negotiations with these athletes, free of retaliation and with the equal treatment that they deserve.

What do you think of this letter? Think the U.S. Senators will have any influence in the matter? Would you like to see FIFA and CSA reconsider?