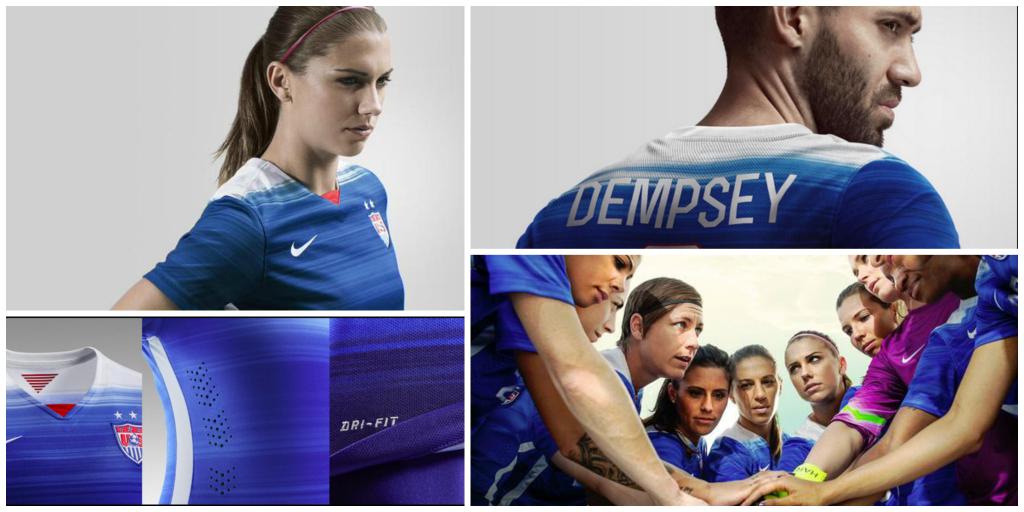 The U.S. Men’s and Women’s National Teams are set for a new away jersey.

The new-look uniforms began making the rounds on Monday on Twitter. The shirt features a blue gradient pattern with shades of white and a splash of red in the V of the collar.

The new jersey is set to be debuted by the USWNT on March 4 in the Algarve Cup. The men, meanwhile, will likely wear the kit for the first time on March 25 in a friendly against Denmark.

Here is a closer look at the new uniforms:

The new USA away kit, which will be worn by the #USWNT first. pic.twitter.com/6GLWMvnvDC

One Nation. One Team. One Goal. Download @nikesoccer app to preorder the 2015 away kit http://t.co/9DtKsSkjdo #USWNT pic.twitter.com/ZCgSnlUm4H

What do you think of the new uniform? Like it better than last year’s? Disappointed with the look?