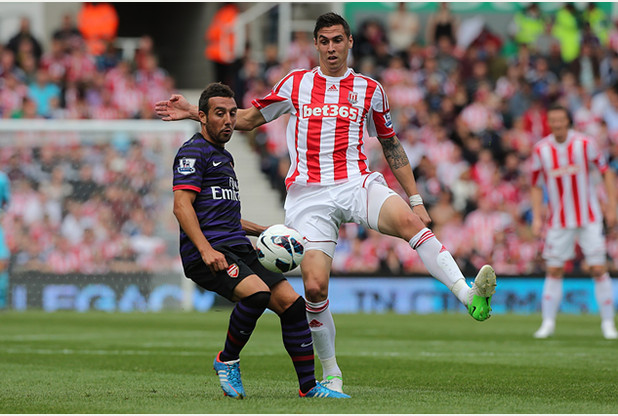 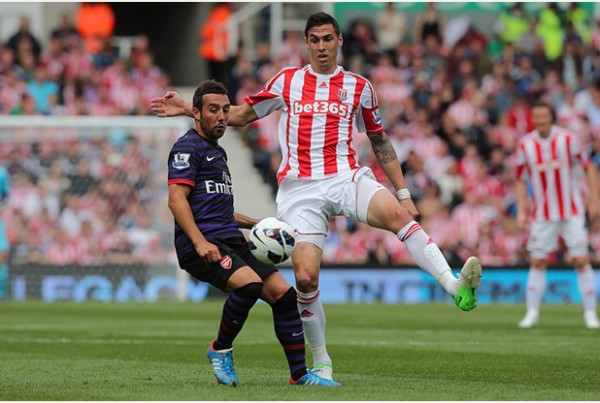 In a match-up involving two of the three Americans who regularly see the field in the English Premier League, it was Geoff Cameron who helped his team come out on top with a solid performance off the bench.

Stoke City defeated Everton, 2-0, on Wednesday to pick up its third straight league victory, and Cameron played a part in making it happen by turning in a 73-minute shift as a substitute. Cameron was thrust into duty in the early going after a teammate went down with an injury, and the versatile American slotted in at centerback. Cameron then helped Stoke record a second straight shutout while simultaneously handing Tim Howard and the Toffees their second successive 2-0 defeat.

The other starting goalkeeper in England’s top division was able to come out victorious in his side’s game, and the triumph ended a winless run that stretched back to early December. Brad Guzan and Aston Villa defeated West Bromwich Albion, 2-1, at home on Tuesday, giving the Villans their first victory in 13 games and helping them move three points clear of the drop zone. Guzan did not make any saves in the match, but will have a chance to do so again this weekend when Aston Villa again welcomes the Baggies in an FA Cup quarterfinals fixture.

Two other Americans contributed to their team’s respective victories, as Amando Moreno and Conor O’Brien both made plays that allowed for more breathing room. Moreno scored the insurance goal and second of his career in Club Tijuana’s 2-0 Copa MX victory against Universidad de Guadalajara on Tuesday, and O’Brien delivered the assist on the final goal in Wiener Neustadt’s 3-1 triumph over Grodig a day later.

What do you think of these performances? Where do you see Cameron and Stoke finishing in the Premiership table? Will this win catapult Aston Villa and Guzan into a strong run of form that will help them avoid relegation?