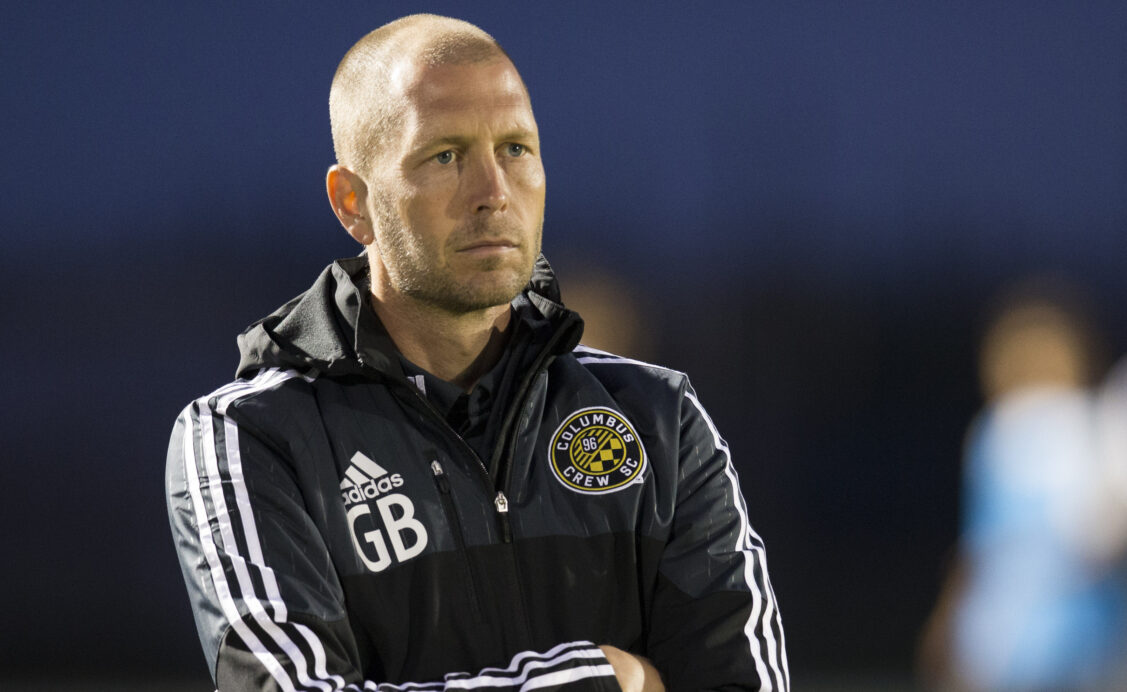 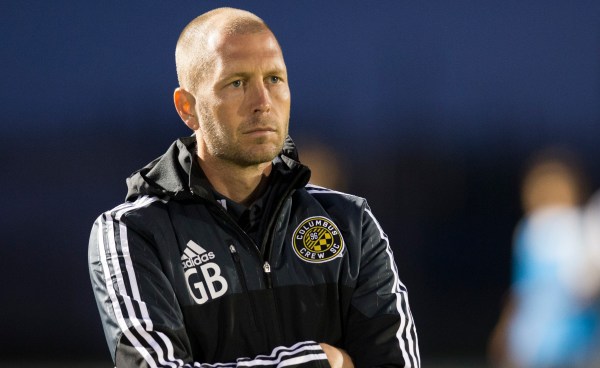 An impressive first year on the job has led to a reward for Gregg Berhalter.

The Columbus Crew announced on Friday afternoon that they have extended the contract of Berhalter, the club’s sporting director and head coach. The Crew picked up the option on the fourth year of Berhalter’s deal, and he is now set to coach in Columbus through the 2017 season.

“Gregg is the ideal sporting director and head coach for Crew SC as we build a winning culture and solid foundation both on and off the pitch,” said Crew investor-operator and chairman Anthony Precourt in a released statement. “There are no quick fixes in this business and Gregg has proven to be thoughtful and thorough in his intelligent approach to the game. With Gregg in charge, we feel that we are in position to compete and win on a year-in, year-out basis.”

Berhalter’s first season in Columbus saw him lead the Crew back to the playoffs as the third-placed team in the Eastern Conference in 2014. Columbus finished with a 14-10-10 record in the regular season last year, and reached the conference semifinals.

The announcement of Berhalter’s extension comes a day before the Crew play their home opener at Mapfre Stadium on Saturday vs. Toronto FC.

The Chicago Fire have made a number of international acquisitions in recent months, and they will apparently soon make another.

Goal.com reported Thursday that the Fire are reportedly signing Spanish central midfielder Victor Perez on a short-term loan from Spanish side Real Valladolid . Perez, 27, is expected to be in Chicago until June 30, but the deal for him comes with options to extend his stay by six months or a year.

Perez was most recently on loan at La Liga outfit Levante, but was removed from the club’s roster in order to make way for a winter acquisition that never arrived.

The LA Galaxy might be one of the more talented teams in MLS, but Ignacio Maganto has done enough to be added to the club’s roster.

The Galaxy announced on Friday that they have signed Maganto, who was selected by LA with the 21st pick in this year’s MLS Draft. Maganto, 23, spent four years at Iona College, scoring 27 goals and assisting on 14 others.

“Ignacio had a strong preseason and showed his talent in our games and training sessions,” said Galaxy head coach and general manager Bruce Arena in a prepared statement. “We are happy to add him to our roster and look forward to his development going forward.”

The Red Bulls made their latest move on Thursday, waiving midfielder Ruben Bover after he spent two years at the club. Bover leaves New York after making a combined 22 appearances (three starts) in league between the 2013-14 campaigns. He scored a goal and had an assist in those games.

Eric Bird had to wait until after the MLS season began to sign a professional contract, but at last he is a Philadelphia Union player.

The Union announced Thursday that they have signed former University of Virginia midfielder Eric Bird. The 21-year-old Bird was picked up by Philadelphia with the No. 41 pick in this year’s draft, and joins the club after helping the Cavaliers win the national title in 2014.

“Eric is a proven winner and he’s exactly the kind of player we want to have in our locker room,” Union technical director Chris Albright said in a statement. “He’s done extremely well at the highest collegiate level and we’re confident in his ability to transition to MLS.”

Bird made 69 starts in 75 appearances during his time with Virginia, finishing with 15 goals and 10 assists.

If the Montreal Impact needed any more reason to be fired up for their upcoming match against Alajuelense, their home fans have given them one.

The Impact announced on Friday that more than 25,000 tickets have been sold for the club’s CONCACAF Champions League semifinals first leg against Alajuelense. The game is set to be played at Olympic Stadium on March 18, and will see the lone MLS team remaining in the competition return to the venue where it dramatically edged Pachuca in the quarterfinals last week.

Think it’s too early for the Crew to give Berhalter an extension? How do you see Perez faring in Chicago if he signs? What are you expecting from Maganto and Bird this season?