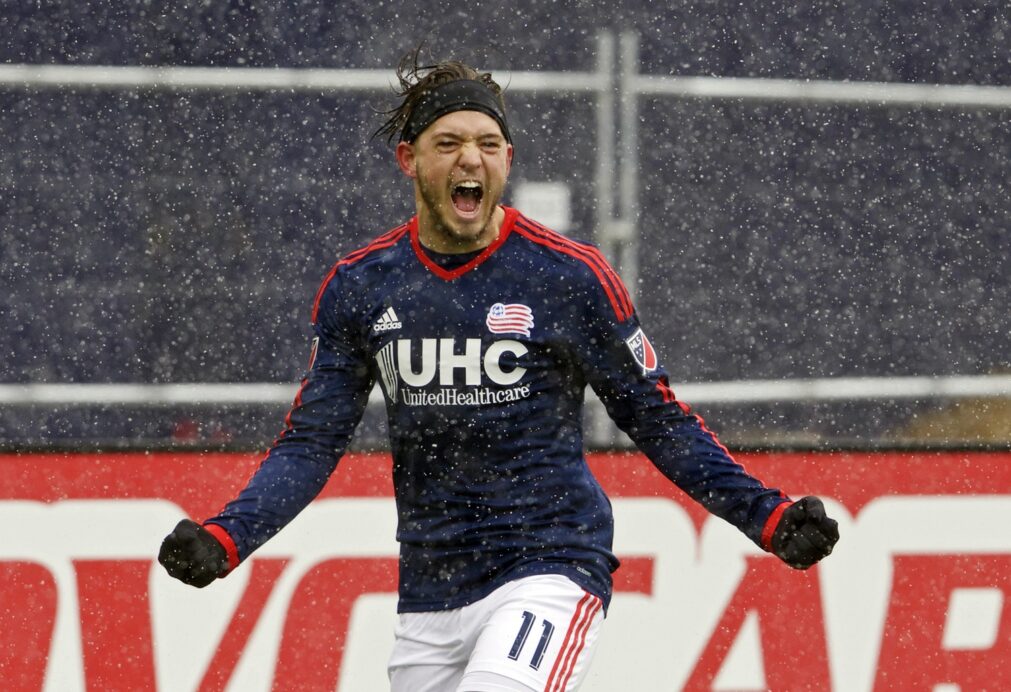 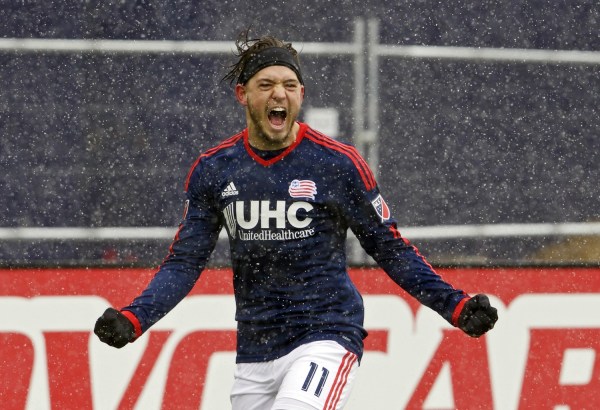 FOXBOROUGH, Mass. — The New England Revolution were desperate for somebody – anybody – to break the reigning Eastern Conference champions out of their goal-scoring funk.

Saturday, on a soggy, snowy, disgusting day at Gillette Stadium, Kelyn Rowe took matters into his own hands.

Rowe scored both goals and was all over the attacking third for the Revolution in their 2-1 win over the San Jose Earthquakes. He set the pace early, putting five shots on goal in the first half while also creating several critical chances for New England.

All of New England’s attacking play went through Rowe in the first half. It started early, with a brilliant cross to Daigo Kobayashi, who was unable to steer it in.

Kobayashi made up for it a shortly thereafter, however. He dispossessed Shaun Francis in the midfield and got the ball to Lee Nguyen, who found Rowe open outside the box.

Rowe knew his shot had a chance as soon as he hit it, but he did not expect the ball to hit Francis in the head. He was thankful, however, as that helped guide the ball into the net.

“I saw it hit the guy and then go in,” Rowe said. “But I wasn’t planning on hitting the guy in the head. If I did, that would have been pretty great.”

Rowe’s strategy throughout the first half was to take the shots the Earthquakes gave him. With New England struggling for goals, any opportunity was a good opportunity.

More importantly, playing in the rain presented the opportunity for the ball to skip off the turf and create a rebound chance for someone else.

Rowe made sure New England got those chances. Seven of the team’s 20 shots were his.

The second goal can be chalked up to great awareness from Rowe. Chris Tierney swung in a free kick from outside the left corner of the box and found Darius Barnes in the middle. Barnes lunged at the ball, but could not get his diving header on goal.

Rowe was making a run to the left post. All he had to do was stick out his foot and tap it in.

“It’s one of those where you’ve got to be aware,” he said. “You’re inside the box on a free kick. Anything can happen. Darius is a guy who’s always going to get his head on the ball. For me, I was going to the near post, I turned around and it was there. It was one of those that you have to put in the net.”

With the early struggles in the attacking third, New England needed a bit of magic like Rowe produced today. Finally on the board four matches in, Rowe says that it is possible the Revolution will start putting “four or five” goals in at some point.

And it will not always be Rowe leading the charge.