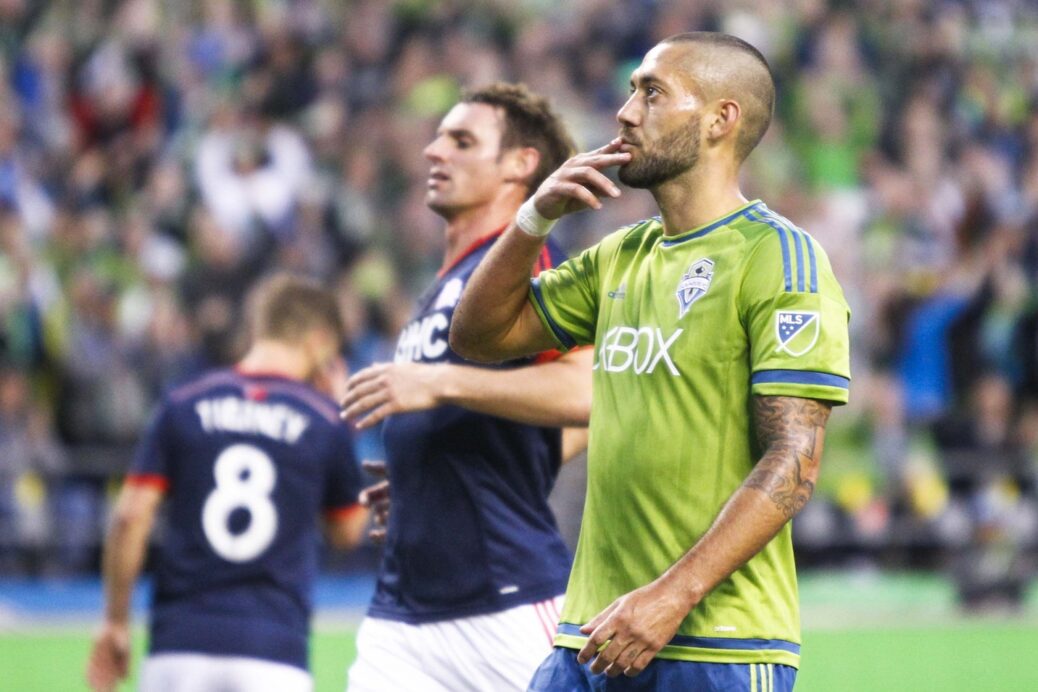 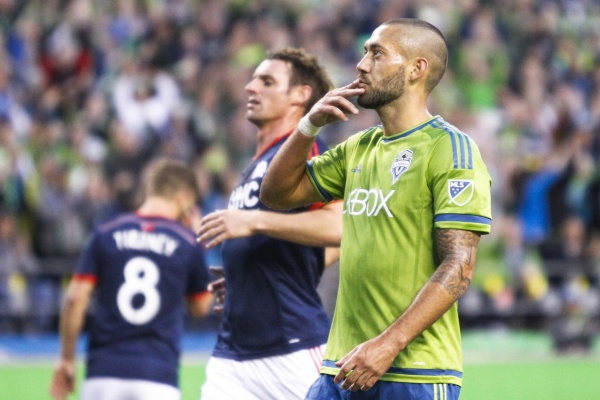 The Seattle Sounders used their opening game to make a major statement.

In their first game of the 2015 campaign, the Sounders unraveled the New England Revolution, 3-0, making short work of the defending Eastern Conference Champions. Led by goals from Clint Dempsey and Obafemi Martins, the Sounders attack looked in midseason form.

It was not all smooth sailing for the league’s contenders, though, as the Columbus Crew fell to the Houston Dynamo, while a slew of other playoff hopefuls settled for draws.

Here are the SBI MLS Power Rankings for Week 1:

OUTLOOK– The Sounders sent an early message to the rest of the league by absolutely dismantling the New England Revolution to start the season. Led by Obafemi Martins and Clint Dempsey, the Sounders looked as fearsome as ever.
————————-

THIS WEEK: at Portland Timbers on Sunday.

OUTLOOK– The Galaxy took care of business to start the season with a comfortable 2-0 victory over the Chicago Fire. Far from a vintage performance in terms of finishing, but Robbie Keane and co. possessed the ball well and were never truly threatened by the Fire attack.

OUTLOOK– After conceding the opening goal, TFC took charge and demonstrated the quality that has many penciling the club in as a true contender. Jozy Altidore and Sebastian Giovinco both impressed in a solid victory over a fellow playoff contender in the Vancouver Whitecaps.

OUTLOOK– It’s hard to knock the Revs too much due to the absence of Jermaine Jones and Lee Nguyen, but the defending Eastern Conference champions were absolutely overwhelmed by the Sounders attack. The Revs will need someone to step up in the absence of Jones and Nguyen, and that someone was not apparent in Saturday’s effort.

OUTLOOK– D.C. United definitely struggled at times, but got exactly what they needed in a hard-earned 1-0 victory over the Montreal Impact. Ben Olsen will definitely need to work out a few of the kinks, but Jairo Arrieta was solid up front in his D.C. debut.

OUTLOOK– The Crew were kept at bay by Dynamo goalkeeper Tyler Deric and failed to find the back of the net to start the season. Not an ideal start, but with 16 shots to the team’s credit, Saturday’s performance was far from a bad one.

OUTLOOK– Despite being down a man, the Sporting KC attack looked as lively as ever in the closing stages of Sunday’s matchup with the Red Bulls. Plenty of chances were produced as the game winded to a close, although a 1-1 draw with the Red Bulls was probably a fair result.

OUTLOOK– Blas Perez’s flair for the dramatic led FC Dallas to a season-opening victory over the San Jose Earthquakes. Overall, a solid performance, but Oscar Pareja will expect his side to be more clinical in front of goal going forward.

OUTLOOK– With Nick Rimando on the field, Real Salt Lake will always stand a chance. RSL lacked that true finishing touch, but Rimando kept them in the game to earn the scoreless draw.

OUTLOOK– The Timbers appeared threatening throughout their matchup with RSL, but just couldn’t find the back of the net. Luckily, the Timbers shouldn’t see goalkeeping performances like that every week, ensuring the goals will come at some point.

OUTLOOK– In an offseason filled with the introduction of new faces, it was an old one in Lloyd Sam that led the way for the Red Bulls. The newly constructed backline did look the part at times by limiting Sporting KC to just one goal.
————————-

THIS WEEK: at Houston Dynamo Friday

OUTLOOK– Kaka played hero for Orlando City to snatch a point from a performance that should be classified as a good one. Orlando City was aggressive and deserved the result that came with the Brazilian’s historic goal.

OUTLOOK– The Whitecaps ran into a buzzsaw in the form of TFC, but the defense still left a lot to be desired on the goals conceded. Octavio Rivero looks the real deal, however, despite his early game missteps.

THIS WEEK: vs. Orlando City on Friday

OUTLOOK– The Dynamo kicked off the Owen Coyle era with all three points thanks to a Giles Barnes finish. Taking down the Crew is no small task and is a great building block for the Dynamo to start the season.

OUTLOOK– Mix Diskerud got NYCFC off to a positive start with a curling effort for the team’s first ever goal. NYCFC could have easily scurried out of Orlando with all three points if not for Kaka’s deflected finish, giving head coach Jason Kreis plenty of positives to build on going forward.

OUTLOOK– The Philadelphia Union were up a man, but failed to find the back of the net. Part of that can be attributed to the hands of Rapids goalkeeper Clint Irwin, but the Union will have to be a little bit cleaner going forward.

OUTLOOK– The Rapids did quite well to hold on to a point despite the dismissal of Bobby Burling. Although the team struggled to create much on the attacking end, the defense held up well, something that rarely occurred in 2014.

OUTLOOK– Following last week’s CONCACAF Champions league heroics, the Impact were in for a letdown, and that’s exactly what they got Saturday in D.C.. The loss stings, but the injury to Justin Mapp will surely sting more as the Impact will have to replace their tricky winger for the foreseeable future.

OUTLOOK– The new-look Fire showed flashes of positivity, but were largely pinned back by a more dominant LA Galaxy side. Plenty of improvements to be made, and those improvements will certainly come against teams that aren’t quite as talented as the Galaxy.

OUTLOOK– The Earthquakes were just moments way from earning a hard-earned point, but it was not to be due to a Blas Perez header. Not a terrible performance against a Western Conference contender, but the lack of composure in front of goal is worrying.