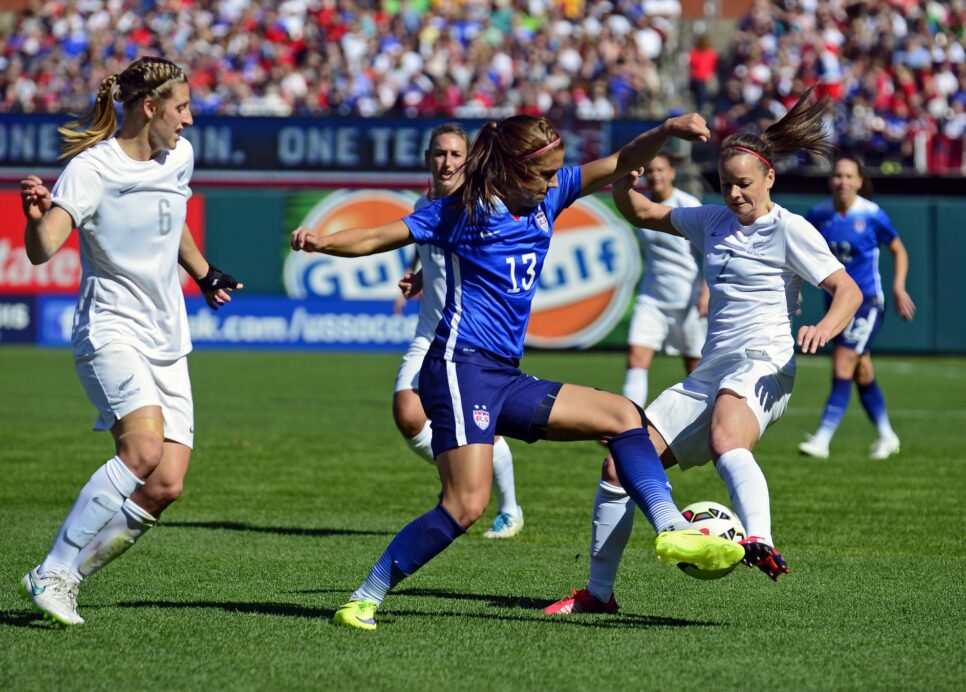 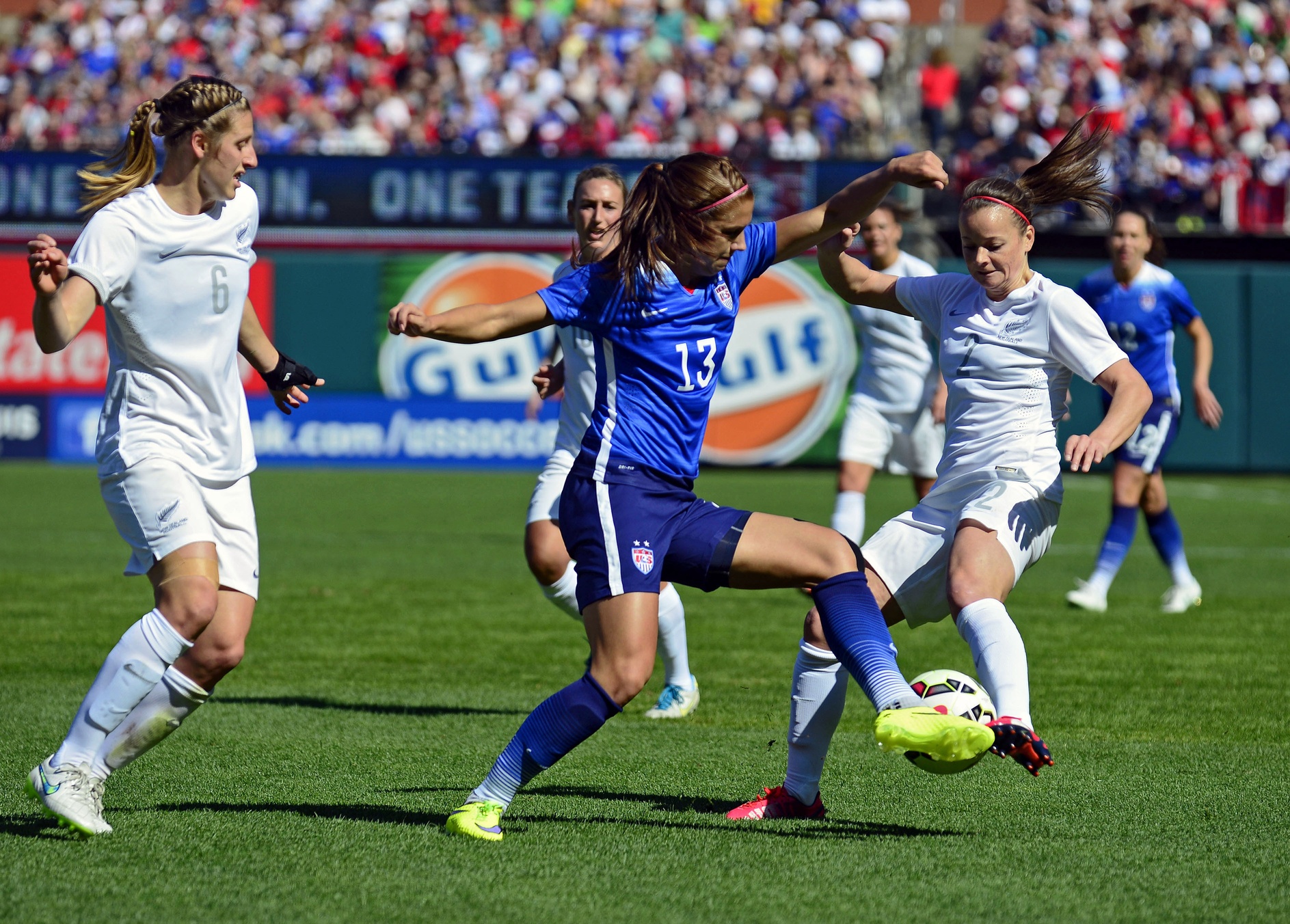 In a confidence-boosting performance, the Americans rolled past New Zealand in front one of their largest-ever home crowds Saturday, surging late for a dominant 4-0 win at Busch Stadium in St. Louis before 35,817 fans.

Three goals in the span of 10 minutes sealed the match for the U.S. late after some 70 minutes of out-playing the Football Ferns with slick combination play and smart possession. It was perhaps the most complete team performance for the USWNT in several months and may mark a turning point in the team’s World Cup preparations.

“I think if you asked me a few months ago, I would’ve said it’s a little touch-and-go,” midfielder Megan Rapinoe said of team progress to FOX Sports after the match, “but I think things are really starting to shape up.”

Left back Megan Klingenberg’s opening goal looked like the early highlight of the match. Her one-time shot from outside the box in the 14th minute looked much like her spectacular strike against Haiti that became the talk of October’s CONCACAF World Cup qualifying tournament.

“All I was thinking is, just keep it on goal because if it’s on goal, it has a chance of going in,” Klingenberg told FOX Sports during halftime.

Not to be out-done, St. Louis native Lori Chalupny, Klingenberg’s second-half substitute, scored her own volley off of a service from Rapinoe in the 76th minute to open the scoring floodgates.

Center back Julie Johnston scored on a rising header from a free kick three minutes later. A couple minutes after that, Morgan Brian subbed in and quickly nabbed her own for the final scoreline.

Saturday’s performance was perhaps the most complete one from the Americans since last year. The USWNT had a rocky finish to 2014 and opened this year with poor showings against France and England overseas, but bounced back to win last month’s Algarve Cup.

Despite a strong win over New Zealand, finishing remained a problem. Three of the night’s four goals came from defenders with none from forwards. The U.S. out-shot New Zealand, 18-to-2, with 11 on goal as attackers failed to finish a rash of chances in the first half.

“I think there’s still a couple things in the final third we’re sorting out, but we got the goals today and we got tons of chances,” Rapinoe said. “We’re getting in there in different ways — we had balls over the top, we played through a little bit and getting crosses. So this is a good win for confidence-wise.”

Amy Rodriguez, who otherwise had a strong match starting up top with Alex Morgan, was twice denied by the woodwork. One was beautiful volley attempt in the 39th with Rapinoe floating a pass from near the center line to Rodriguez’s run in the box.

Christen Press, who played wide in the midfield and did well to combine with her teammates in tight spaces and create chances, had two shots parried away by goalkeeper Erin Nayler.

The crowd was the USWNT’s largest for a home friendly since 1999 and the largest-ever for a non-double-header friendly.

The Americans have three more preparation matches before heading to the World Cup in Canada in June. Up next, they face Ireland on May 10 in San Jose.