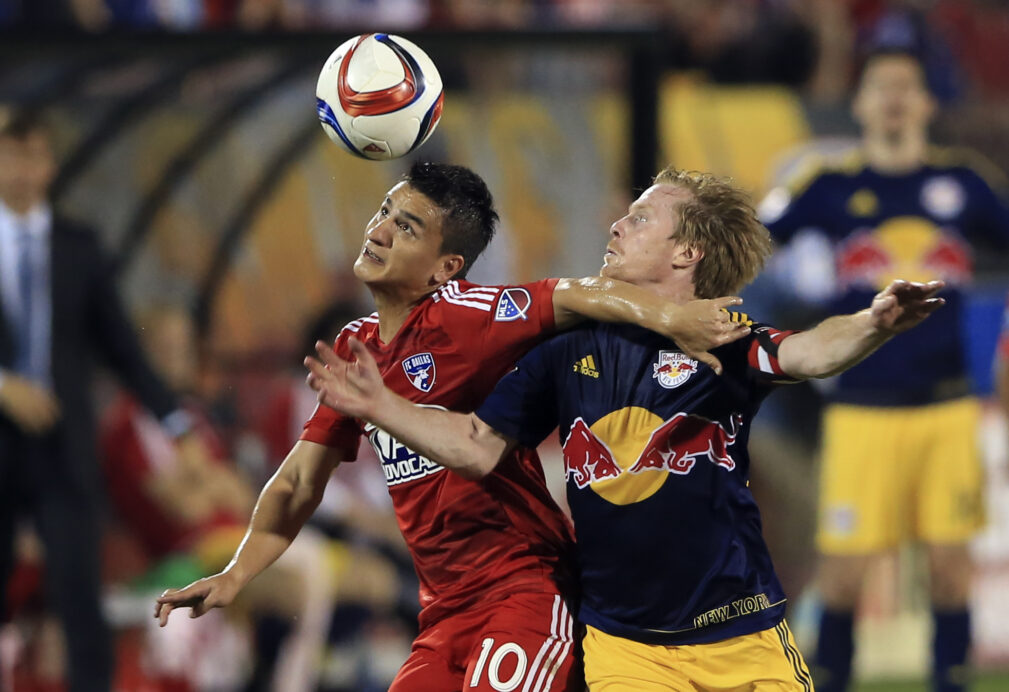 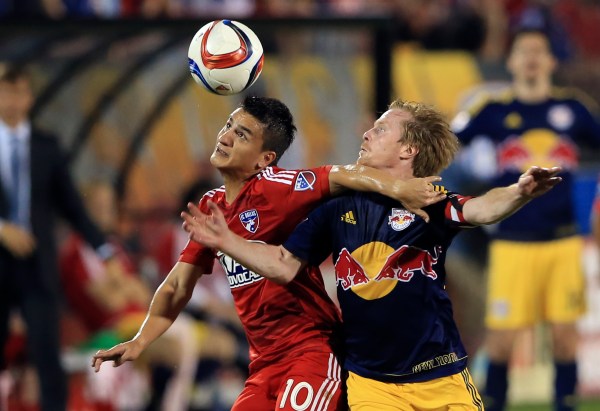 The New York Red Bulls and FC Dallas have both shown the ability to score goals on a consistent basis, driven by dangerous midfields capable of controlling a match.

When they faced each other on Friday night, the two sides neutralized each other in a tightly-contested match that ended in a goal-less draw in Frisco.

The Red Bulls did well to neutralize FC Dallas’ midfield creators, with Fabian Castillo and Mauro Diaz unable to unlock New York’s defense. On the other side, FC Dallas’ defense kept Bradley Wright-Phillips under wraps, while Moises Hernandez held his own against the normally dangerous Lloyd Sam.

FC Dallas had a handful of opportunities to beat Red Bulls goalkeeper Luis Robles, but came the closest in the 72nd minute, when Michael Barrios sent a goal-bound shot past Robles only to have Felipe Martins clear it off the line with a jumping side-footed kick.

FC Dallas generated another chance in the 76th minute when a failed bicycle kick attempt by Tesho Akindele set up a wide-open look for Castillo in front of goal, only for the Colombian winger to send his close range shot over the crossbar.

The Red Bulls were held without a goal for the first time this season, despite a 60-40 edge in possession. FC Dallas goalkeeper Dan Kennedy recorded three saves in the shutout, while Robles made two stops to deny the home side a goal.

The Red Bulls return to action on March 24 against the Philadelphia Union, while FC Dallas travels to Canada on Saturday to take on the Montreal Impact.