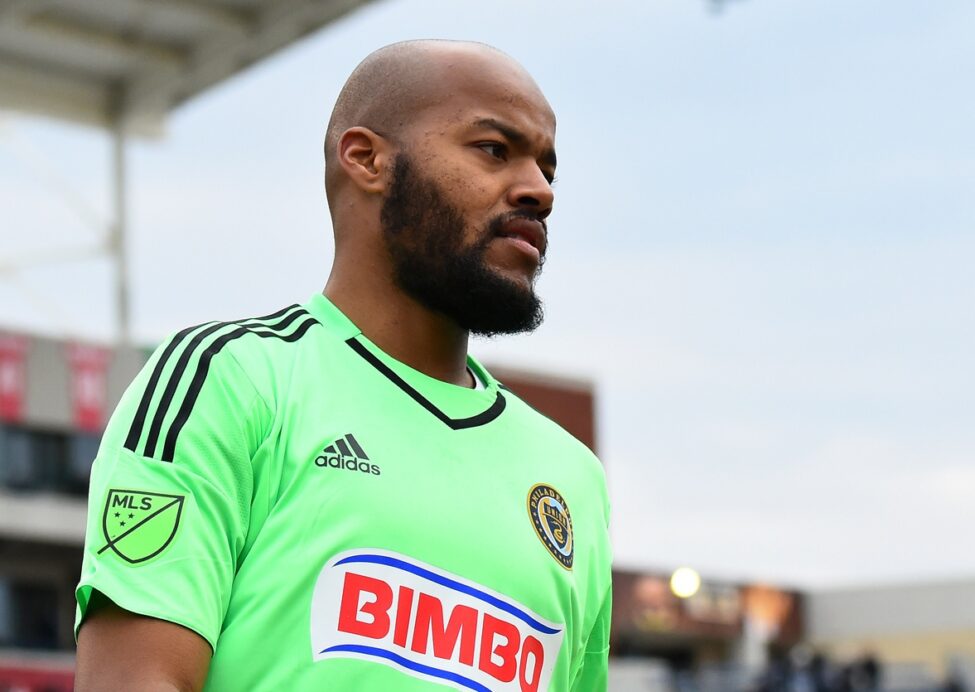 Rais M’Bolhi rejoined the Philadelphia Union on Tuesday, and now it looks likely that the Algerian goalkeeper will regain his starting role for the time being.

M’Bolhi is likely to start Saturday against the Vancouver Whitecaps after both Andre Blake and John McCarthy suffered separate training injuries in Tuesday’s practice. Blake reportedly injured the opposite knee than the one that has kept him sidelined to start the season.

The Algerian goalkeeper started the first five games for the Union this season before being replaced by McCarthy.

M’Bolhi trained in full with the team on Tuesday after previously spending time away from the club following his benching.

Here are more of Wednesday afternoon’s MLS news and notes:

ZIZZO OUT WITH FRACTURED TIBIA

Sal Zizzo has played his part on the left side for the New York Red Bulls, but the club will now have to do without the midfielder for an extended period of time.

Sources told SBI that Zizzo suffered a fractured tibia in last Friday’s training session ahead of the Red Bulls meeting with the New England Revolution. The estimated recovery time is two to three months.

Zizzo has played seven games for the Red Bulls this season, three of which were starts. The former Sporting KC and Portland Timbers midfielder’s injury will likely see Mike Grella assume a more consistent role on the left side.

New York City FC will take on the New York Red Bulls for the first time this weekend, but the club is already making preparations for the two teams’ June clash at Yankee Stadium.

NYCFC announced Wednesday that the club will open the 300 level of Yankee Stadium for the Red Bulls matchup after demand has seen the club close to selling out the usual allotment of 27,545.

“The atmosphere at our home games has been fantastic all season,” said club president Tom Glick. “”When we were looking at this game on June 28 being on the verge of selling out this far in advance, we made the decision to open up more seats to accommodate the demand.

“We are pleased with the momentum we have had in tickets sales and that so many New Yorkers continue to get behind our Club in our inaugural season.”

DOYLE TO ARRIVE IN COLORADO EARLIER THAN EXPECTED

The Colorado Rapids will not have to wait until July to welcome Kevin Doyle.

The Rapids announced on Wednesday that Doyle could arrive as early as the end of May after the Irish forward came to an agreement to be released from his contract with Wolverhampton Wanderers. The 31-year-old Doyle’s deal with the English club was set to expire in July, but Wolves agreed to let him out of it after they failed to qualify for the Championship’s promotional play-offs.

“We always thought this might be a possibility if Wolves did not achieve their target of promotion,” said Rapids technical director Paul Bravo in a statement. “We know he is a proven goalscorer at a high level. We are confident he will not only help our younger players in their progression but also add to the group.

“We’d like to thank Wolves for their cooperation throughout this process and we wish them the best of luck next season. Meanwhile we look forward to welcoming Kevin to our club later this month.”

The Rapids’ Designated Player is expected to fly to Colorado in the coming days to complete his move to the MLS club before its transfer window closes on May 12.

ROCHEZ, FLORES CALLED UP TO HONDURAS U-20 WORLD CUP ROSTER

The Orlando City striker and Vancouver Whitecaps midfielder have been called up for Honduras’ roster for the upcoming Under-20 World Cup. Both players were members of the team that helped Honduras qualify in a victory over Guatemala in January with each starting five of six games in the CONCACAFU-20 Championships.

Honduras was drawn into Group F and will be paired with Germany Fiji and Uzbekistan, the latter of whom Honduras will kick off the tournament against with a match on June 1.

The team is set to travel to Uruguay on Thursday for a series of friendlies before flying to New Zealand on May 21 ahead of the tournament.

Jermaine Jones and Anatole Abang have received their punishment for last weekend’s confrontation.

Following a dust-up between the New England Revolution and New York Red Bulls, Jones and Abang have each been fined an undisclosed amount, while the two teams received a caution for violating the league’s mass confrontation policy. New England Revolution goalkeepers coach Remi Roy was also fined for his involvement.

The Vancouver Whitecaps were also found to violate the league’s mass confrontation policy, stemming from an incident in the 29th minute of the team’s matchup with the Portland Timbers last week.