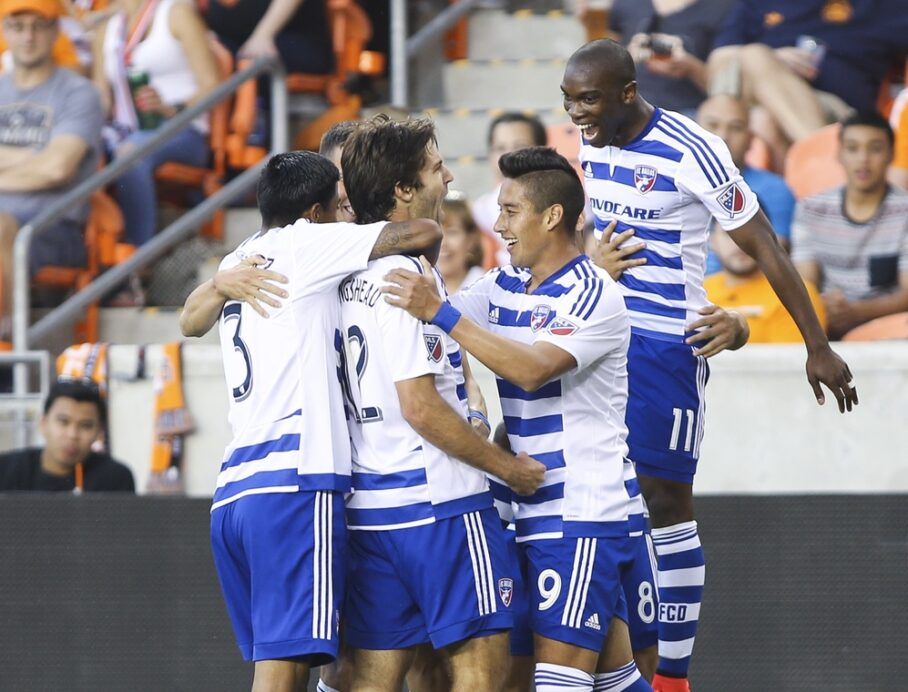 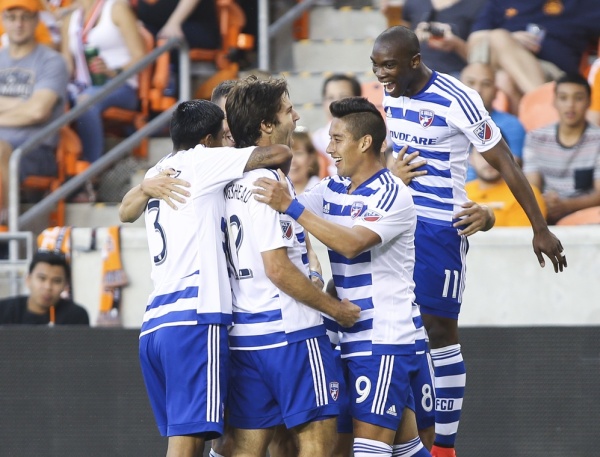 After picking up statement victories last weekend, FC Dallas and the New York Red Bulls have a chance to further their status as contenders in an interconference matchup.

The Red Bulls are coming off a victory over New York City FC, while FC Dallas topped the LA Galaxy last time out, and both sides sit near the top of their respective conferences.

Out west, a Cascadia matchup takes centerstage as the Vancouver Whitecaps look to maintain their relative dominance over the Seattle Sounders.

Two teams in need of a victory are set to kick off Week 11’s festivities.

Winless since the second game of its season, NYCFC is in need of points, and goals, if the club hopes to keep pace in its inaugural campaign. Having scored just seven times in 10 games, NYCFC will be looking for improved finishing, something that has been lacking due to the injury woes of David Villa. Standing in Villa and Co.’s path is a Fire team on a cold streak of its own, having lost twice in a row after previously rattling off three straight victories.

After defeating their newest rivals last time out, the New York Red Bulls face a test against a Western Conference contender.

FC Dallas enters the weekend tied for the lead atop the Western Conference, but facing major questions due to the health of the backline. Starters Matt Hedges and Zach Loyd are both dealing with injuries, opening a door for a Red Bulls attack led by last week’s goalscorer, Bradley Wright-Phillips. However, the Red Bulls backline will undergo some changes as well. Matt Miazga is suspended due to a a red card and Ronald Zubar continues to be hampered by injuries, leaving Karl Ouimette as the named starter next to Damien Perrinelle.

Riding yet another tournament victory, the Montreal Impact play host to a Real Salt Lake team that could be breaking out of a major dry spell.

The Impact enter following a win in the Canadian Championship, but the club still has major catching up to do following their CONCACAF Champions League commitments. Montreal’s opponents, Real Salt Lake, will be playing a bit of catch-up as well, hoping to build on last week’s victory over the Fire following five straight winless contests.

While the Seattle Sounders have experienced more success in recent seasons, the Vancouver Whitecaps have proven a real nuisance to their Cascadia rivals.

The Whitecaps are unbeaten in five straight meetings with the Sounders, who will look to continue to ride a red-hot Clint Dempsey in an effort to rebound from last week’s loss to the Crew. With Dempsey and the questionable Obafemi Martins potentially leading the way, the Whitecaps will have to rely on some new faces, as Diego Rodriguez, Steven Beitashour and Mauro Rosales will miss out on Saturday’s clash.

Toronto FC’s struggles come down to the team’s defense, a unit that will be tested mightily by the New England Revolution on Saturday.

Charlie Davies, Teal Bunbury, Lee Nugyen and Juan Agudelo have each provided multiple finishes this season, providing New England with a four-pronged attack that should challenge an already-struggling TFC backline. In fairness, TFC does boast some firepower of its own, as Jozy Altidore and Sebastian Giovinco have clicked almost instantly.

Questions still remain further down the field, as Michael Bradley will need to orchestrate better than he has this season to give TFC a chance at escaping Gillette Stadium with at least a point.

Several injuries have Sporting KC entering its contest with the league’s draw leaders a bit shorthanded.

Graham Zusi left last week’s tie with D.C. United with a head injury, rendering him doubtful for Saturday’s meeting with the Rapids. Marcel de Jong and Paulo Nagamura also appear unlikely to appear against a Rapids team that has settled for a draw in each of the team’s last four games.

Two teams looking to reassert themselves back into the Western Conference race are set to collide at BBVAA Compass Stadium.

The Portland Timbers and Houston Dynamo enter eighth and ninth in the standings, respectively, making Saturday an important match-up in terms of moving back up the table. The Timbers have looked better of late thanks to the return of Diego Valeri, whose goal led to a victory over the Impact last week. Meanwhile, one Dynamo star, Brad Davis, looks set to miss out due to a hamstring injury.

Winners of three of their last four, the Columbus Crew are surging into Avaya Stadium.

The Crew visit the San Jose Earthquakes Saturday night, riding a hot Kei Kamara, who has scored seven times in nine games. Wil Trapp remains out due to a concussion, leaving a hole in the midfield yet again this weekend against the Earthquakes, who currently sit fourth in the Western Conference following a win and two draws.

The LA Galaxy have been struggling, but the reigning MLS Cup champions are now tasked with visiting an Orlando City team that has had issues at home.

Orlando City is winless at the Citrus Bowl, and will be without Aurelien Collin, who suffered a hamstring injury last time out. Meanwhile, the Galaxy are winless in their last four, and will once again be without Robbie Keane, who continues to recover from injury.

The Philadelphia Union continue to flounder, while D.C. United continues to demonstrate that it is one of the league’s best.

D.C. United is unbeaten in its last eight matches, having won five of those contests. Steve Birnbaun and Markus Halsti could be set for a return against a Union side that has lost four in row and will be without Michael Lahoud, Steven Vitoria and Richie Marquez.