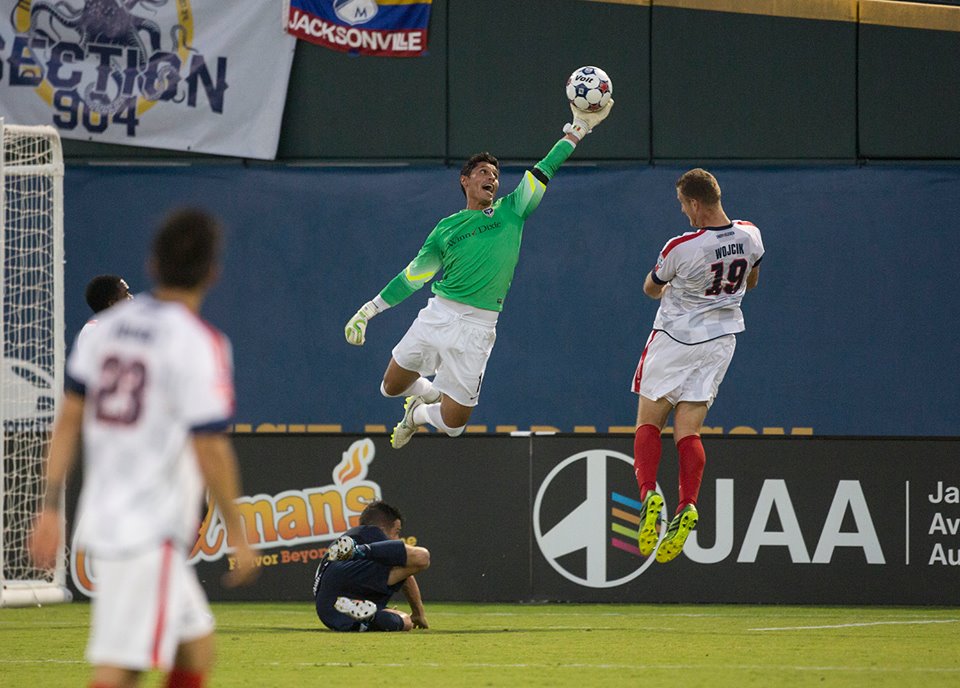 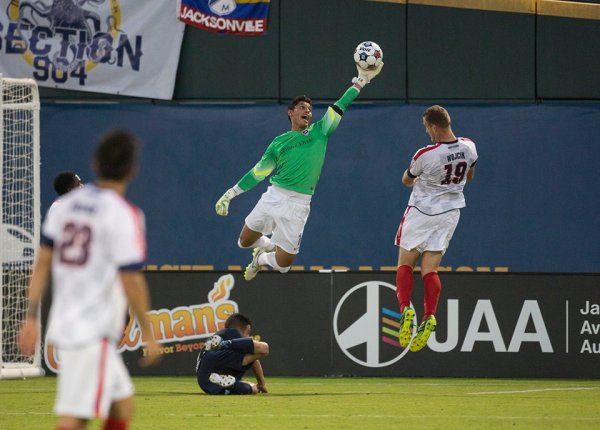 And then there was one. The New York Cosmos are the NASL’s last undefeated team after putting together their best offensive performance of the season Sunday vs. FC Edmonton.

The two other unconquered sides entering Week Six, the Atlanta Silverbacks and Indy Eleven, were finally taken down, and the league’s two winless teams, Minnesota United FC and the San Antonio Scorpions, grabbed their first wins of the year as well.

While the Cosmos lit up the scoreboard Sunday, it was Jacksonville Armada FC’s performance and win Saturday that caught the eye of SBI.

The expansion side has won its first and only three home games to date, and is tied with the New York Cosmos and FC Edmonton with the most goals scored, nine, by any team this campaign.

THIS WEEK: At Carolina RailHawks on Saturday

OUTLOOK: Only four games away from the Spring Season crown, and the Cosmos have yet to lose, winning four out of six games and out-scoring their opponents nine to three. The title is within reach, and if they continue to be as fruitful as they were vs. FC Edmonton on Saturday, then they’ll have no problem attaining it.

OUTLOOK: The Rowdies strong start to the season has slowed down a little, as Tampa Bay has now tied in back-to-back games. However, the Rowdies were missing some key players in their 0-0 draw with Ottawa Fury FC Saturday, including NASL league-leader in assists Georgi Hristov and the team’s leading scorer, Maicon Santos.

OUTLOOK: Expansion teams are known to have struggles, Armada FC has asserted itself as contenders in the spring. The results can be attributed to the fact that the squad has not left the state of Florida since opening day, making its transition smoother than normal, but the new club can show the league that it has a lot to offer Saturday when they travel to Atlanta.

OUTLOOK: The Loons finally tallied their first win of the year, and things are looking up, especially with dates against teams above them in the Spring Season table in the following weeks. A good run of results could see Minnesota United jump right back into the picture.

OUTLOOK: The Strikers had the weekend off to prepare for their encounter with in-state rival Tampa Bay Rowdies. Both Florida sides are doing well to start the spring, and a win for the Strikers will propel them high up the clustered NASL table.

THIS WEEK: vs. Jacksonville Armada FC on Saturday

OUTLOOK: Silverbacks goalkeeper Steward Ceus made some big saves again Saturday against Minnesota United, but he can’t save everything, and at some point the Silverbacks need to start finding the back of the net because they haven’t netted in their last three games.

THIS WEEK: vs. Minnesota United FC on Saturday

OUTLOOK: Just like the Atlanta Silverbacks, Indy Eleven fell for the first time in 2015. And just like the Silverbacks and bottom-dwellers Ottawa Fury FC, Indy only has four goals in the Spring Season, tied for the least. With tough opponents coming up, including next week’s showdown with the Loons, Indy’s campaign may now be heading in the wrong direction.

THIS WEEK: vs. the New York Cosmos on Saturday

OUTLOOK: The RailHawks were the first side to suffer a defeat to the defending champions, but it took a goal from a second-half substitute to take down the Cary side. The RailHawks have their most important date at home upcoming, as they look to hand the Cosmos their first loss of the year.

THIS WEEK: vs. San Antonio Scorpions on Sunday

OUTLOOK: While the Eddies continued to be productive Saturday against the Cosmos, in the end, there was no answer from the defensive half for FC Edmonton. The Eddies have scored nine goals this year, tied for the most in NASL, but they also have conceded 12 goals and have not produced a single clean sheet — worrying statistics to say the least.

THIS WEEK: At FC Edmonton on Sunday

OUTLOOK: The defending champions are winless no more, but there is still so much more to be desired. Toronto FC loanee Bright Dike scored the game-winner after coming on as a substitute in the second half. However, the Scorpions had trouble being decisive in the final third, even with many more shots on goal.

OUTLOOK: Fury FC’s week off has finally arrived, but with no wins in their last three matches, there’s not too much good momentum to build off of.