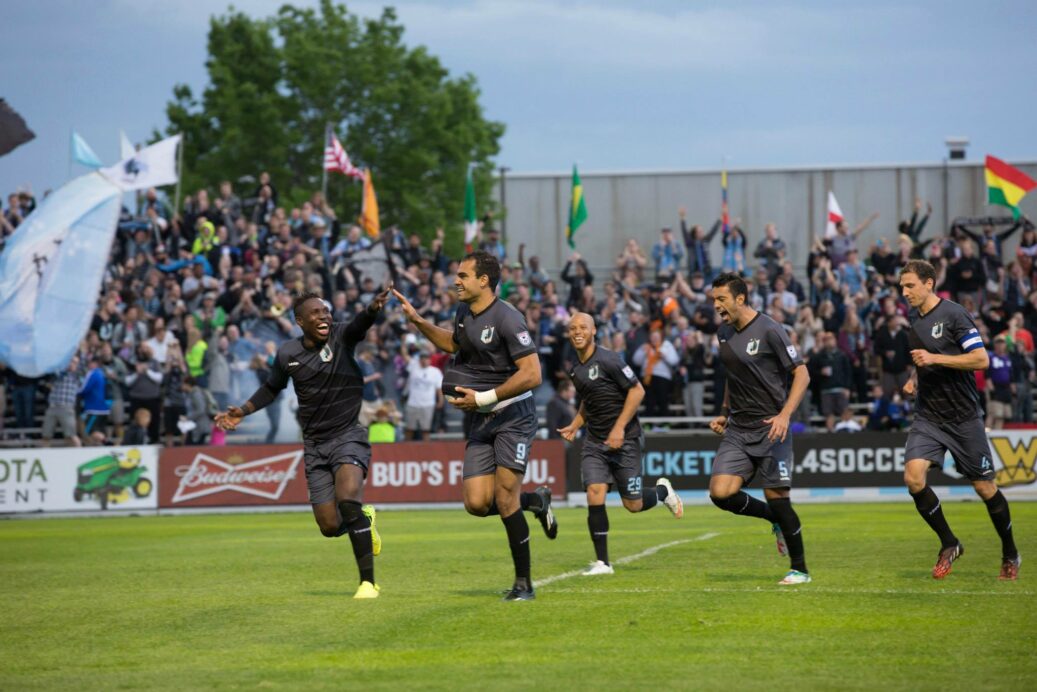 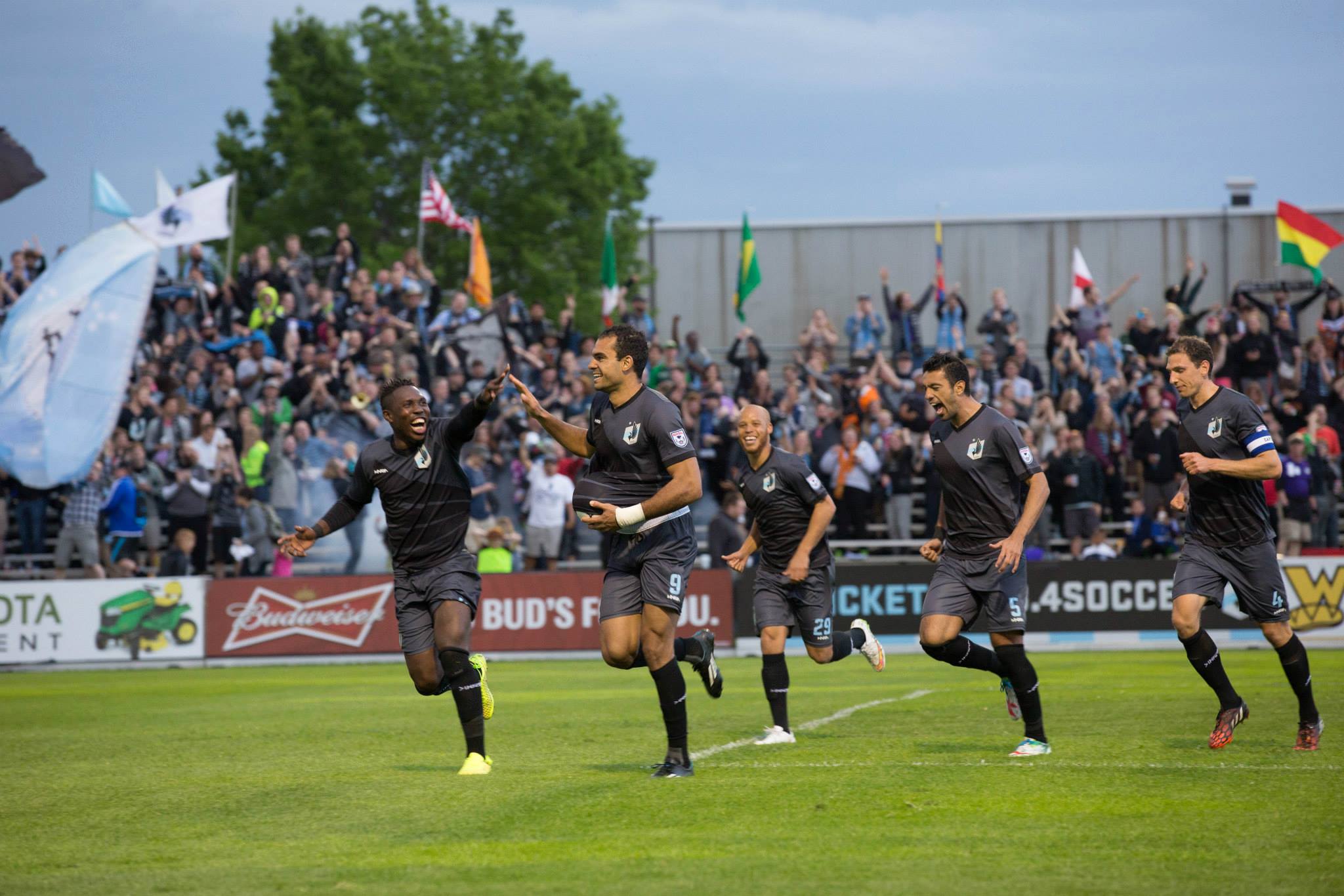 The most exciting 90 minutes of the weekend was a 3-2 match between MLS-elect side Minnesota United and NASL newcomer Jacksonville Armada FC, as a Minnesota United victory leapfrogged the team into second place.

Elsewhere, Raul and the New York Cosmos put on a show against the San Antonio Scorpions, who were brought back down to Earth after back-to-back wins.

The other matches saw victories for Ottawa Fury FC, FC Edmonton and the Carolina RailHawks, with the latter managing a win on the road.

COSMOS SEE OFF SCORPIONS IN STYLE

The New York Cosmos continued to impress with a 3-0 win over last season’s NASL champions, the San Antonio Scorpions.

The Spanish talisman Raul converted a penalty for the home team in the 18th minute. The New York crowd would have to wait over an hour of play for the next goal. A curled free kick from Ayoze found the head of Roversio  to put the Cosmos 2-0 up.

The first place team wasn’t done scoring just yet, though, as they found a third in the 86th minute. Raul was in the midst of the action yet again, as his lofted  cross found the head of Lucky Mkosana in the box. Mkosana’s header towards goal met the noggin of Leo Fernandes for his third of the season.

Ottawa Fury FC found their second win of the season on Saturday after a late goal against a poor Indy Eleven side.

Nicki Paterson’s 88th minute winner came as a relief to a crowd of 5,245 at TD Place. A brave run from Sinisa Ubiparipovic got the ball deep into the Indy defense, and the ball fell to Paterson about 12 yards out. The striker’s first-time shot rifled into the back of the net to send Fury fans home happy.

The win shoots the Fury up to seventh in the table, with Indy Eleven staying put in tenth.

The Carolina RailHawks were able to pick up their first road win of the season with a 1-0 victory over the Fort Lauderdale Strikers at Lockhart Stadium. The win was Colin Clarke’s 50th in the new installation of NASL.

The Railhawks also managed to keep their opponents off the scoresheet for the first time this season.

The only goal of the match came a minute before halftime, when Tiyi Shipalane found the back of the net for the third time this season. The assist came from a savvy Nacho Novo backheeled pass.

The most evenly matched game on the weekend was the battle for second place in Minnesota. United came out the victors against Jacksonville in front of a crowd of 9,012.

All five goals were scored in an exciting second half at NSC Stadium.

The first came in the form of a penalty for Pablo Campos eight minutes after the restart, after Kalif Alhassan was pulled down in the box. The next came from Tiago Calvano in the 59th minute, after a Kevin Venegas corner was poorly cleared.

The Armada pulled one back in the 71st minute after Jemal Johnson kept the ball close in a terrific run through Minnesota’s defense. The ball fell to Pascal Millien, whose shot went through a crowded penalty area and found the net.

United were quick to restore the two goal lead, with a Miguel Ibarra strike in the 76th minute. Pablo Campos played a ball into space for the USMNT player, who took his chance with a first-time ping up and over the goalkeeper.

The last goal of the match was a killer long-range strike from Jemal Johnson. A quick Jacksonville free kick gave Johnson a chance to put a laser into the back of the net, giving Armada a consolation goal, but no points.

In a Spring Season where eight places are separated four points, FC Edmonton jumped to mid-table on Sunday with their fourth win of the season, a 4-2 triumph, over the Atlanta Silverbacks.

The first finish of the night came in the 41st minute for Lance Laing, whose low free kick flew past Silverbacks goalkeeper Steward Ceus. The next was a headed goal from Ritchie Jones in the 54th. Laing was involved again as he swung in a cross to Tomi Ameobi, whose headed assist helped put Atlanta 2-0 up.

Daryl Fordyce would give Edmonton a short lived three goal lead in the 66th, beating Ceus with another low free kick goal.

The Silverbacks got on the board on both sides of a Kareem Moses header for Edmonton’s fourth on the night. Jaime Chavez finished off a fine cross from Kyle Miller in the 76th, and Christopher Christian headed home from a Paul Black assist for Atlanta’s final goal two minutes from time.