NASL Week 8: A Look Ahead 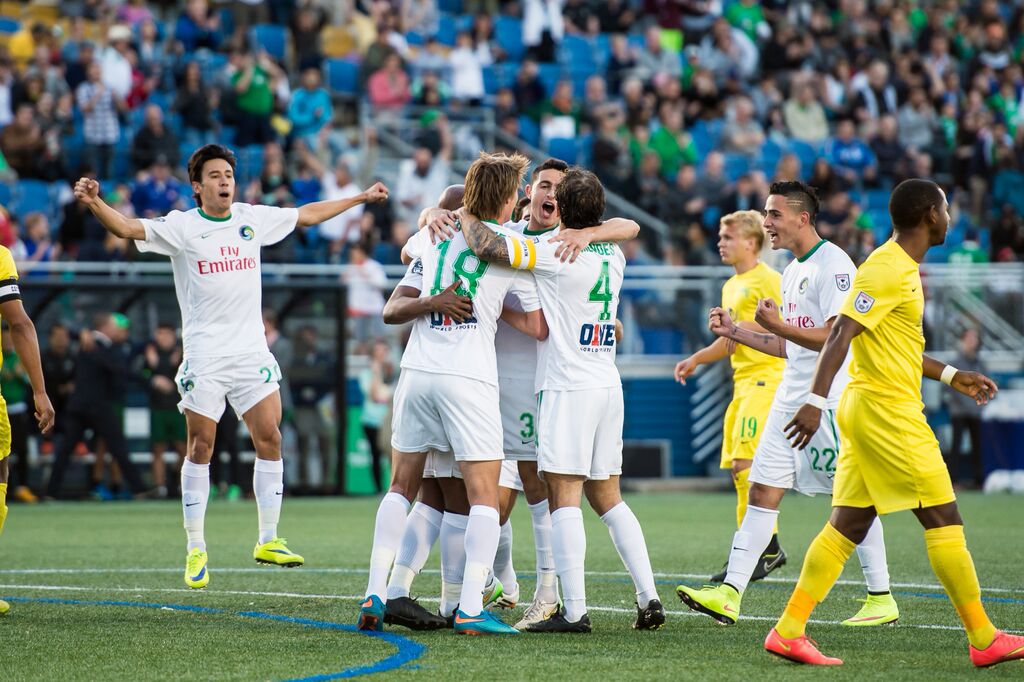 Week 8 of NASL action is headlined by a battle between this season’s frontrunner and last seasons champion.

After narrowly preserving the team’s unbeaten run, the New York Cosmos will look to continue the club’s unbeaten start to the Spring Season in a matchup with the San Antonio Scorpions.

Meanwhile, the Jacksonville Armada will battle Minnesota United in pursuit of third place, while Canadian bottom-feeders FC Edmonton and Ottawa Fury FC will try to make up ground against teams directly above them in the table.

Ottawa is winless in five matches as they host Indy Eleven this weekend. The Canadian side has let in 14 goals this season, having only scored 6 themselves.

However, things may be looking up for the Fury, though, as they have only conceded once in the last two games.

Indy Eleven have not had much more luck this season, only tallying one win and six goals this fall, including a 3-1 to Minnesota United FC at home last week. Hampered by an injury to Kleberson, the team recently signed former University of Pennsylvania striker Duke Lacroix in hopes to increase their attacking firepower.

The league-leading New York Cosmos will try to find their fifth win of the season on Saturday as they face off against last season’s champions in the San Antonio Scorpions.

The Cosmos have played some of the most attractive soccer in the NASL this season, and have not yet lost a match this fall. Look out as Raul, Carlos Mendes and company prepare to extend their lead atop the table.

San Antonio is coming off a 3-2 win against FC Edmonton last week, in which two Scorpions due to big games from Stephen DeRoux and Billy Forbes. The Scorpions seem to be team on the upswing following a rough start and is undoubtedly looking forward to a challenge against what is far and away the best team in the league to this point.

Fort Lauderdale has only let in two goals in their last three games, but they will face a tough task in keep the Carolina RailHaeks off of the board this week.  The Floridians will be looking to bounce back at home after 1-0 defeat to the Tampa Bay Rowdies last time out.

The RailHawks will want to have a good defensive performance after giving up a 2-0 lead in extra time to draw with the Cosmos last week. The team will look to leading scorer Nacho Novo to put one in the back of the net and maintain their spot above the Strikers in the table.

After a slow start to the season, Minnesota United is coming off of back-to-back wins and hope to make it three against the Jacksonville Armada this Saturday.

U.S. Men’s National Team midfielder Miguel Ibarra has two assists on the season, while three different goalscorers got on the board last week in a 3-2 victory over Indy Eleven, showcasing a newfound potency in the team’s attack.

The Armada have come a long way since back-to-back losses against the rival Strikers and Rowdies early in the season. The Armada have only conceded twice in their last three, while Alhassane Keita will be looking to make it three goals in four games this weekend.

The Atalanta Silverbacks will travel to Canada to challenge a tired FC Edmonton side that lost to the Vancouver Whitecaps 2-1 in the Canadian Championship midweek. The Silverbacks will face a difficult task, though, in keeping the most potent NASL offense off of the board in this matchup.

Poor defensive performances have led to a very low table position for FC Edmonton this year, but the team has managed to score 17 goals in eight NASL matches.

This will certainly be a battle between the stout defense of Atlanta and the red-hot Edmonton attackers in Lance Laing, Tomi Ameobi and Ritchie Jones.