NASL Week 7: A Look Back 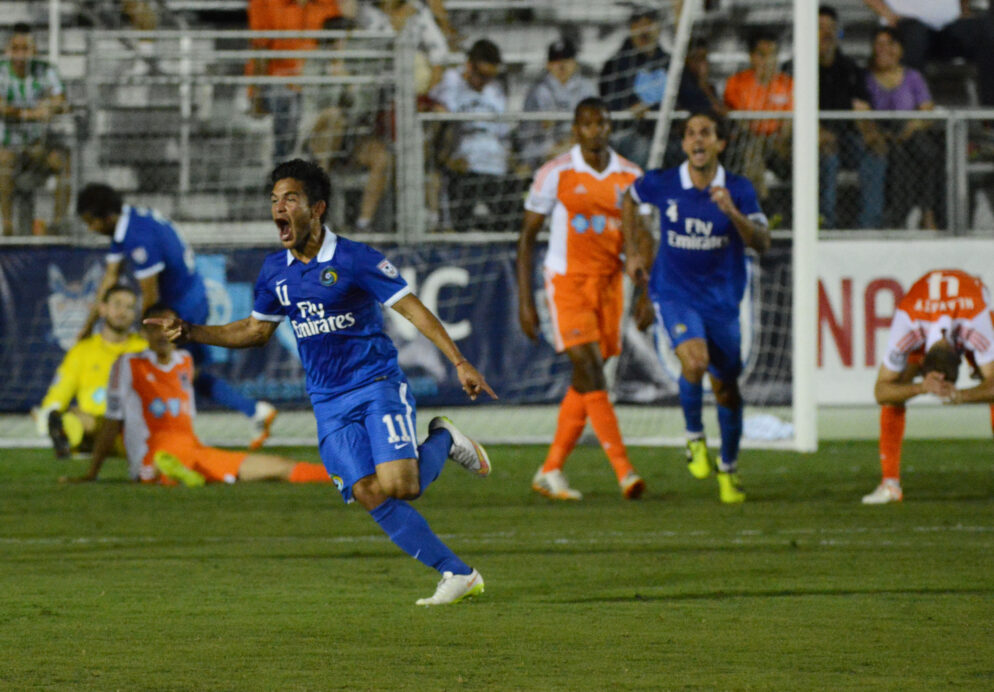 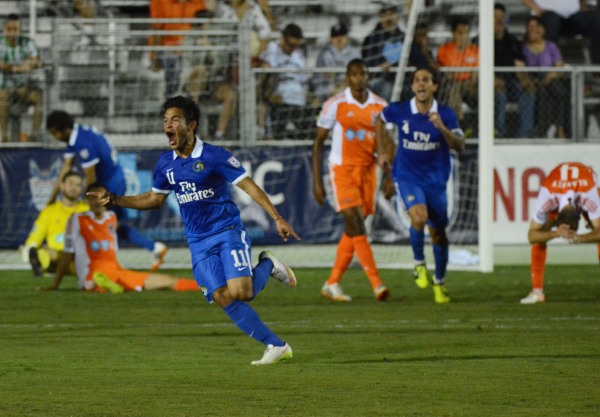 Down two goals entering added time, it appeared that the New York Cosmos’ unbeaten run was set to come to an end.

The Cosmos rallied for two goals in second-half stoppage time, earning a dramatic 2-2 draw with the Carolina RailHawks at WakeMed Park.

With the RailHawks maintaining a 2-0 lead behind goals from Neil Hlavaty and Ty Shipalane, the Cosmos found their lifeline in the 91st minute via an own goal from Mamadou ‘Futty’ Danso. Just moments later, Andres Flores snagged the Cosmos a point with a finish from the top of the penalty area.

With the draw, the Cosmos remain undefeated atop the NASL table through seven games, while the RailHawks sit in sixth place.

Here’s a closer look at this past weekend’s NASL action:

ROWDIES CLAIM VICTORY IN FIRST MATCHUP WITH THE STRIKERS

Led by a goal from Robert Hernandez, the Rowdies held on to a 1-0 victory over the Fort Lauderdale Strikers on Saturday at Al Lang Stadium. Hernandez’s finish came in the 55th minute, as the Venezuelan pounced on a rebound to snag the Rowdies all three points on their home field.

The Rowdies now sit in second place with 12 points, just three behind the Cosmos, while the Strikers sit seventh on seven points.

Minnesota United seems to finally be hitting its stride.

After claiming a victory last week, Minnesota United repeated the feat this past weekend with a resounding 3-1 triumph over Indy Eleven at Carroll Stadium.

Khalif Alhassan opened the scoring in the 22nd minute with a curling free kick before Indy Eleven’s Sergio Peña headed home a corner kick early in the second half. From there, the visitors scored two straight as goals from Justin Davis and Juliano Vicentini that proved to be enough to lead Minnesota United to three points.

Minnesota United climbs up to fourth in the standings with the win despite the club’s slow start, while Indy Eleven now sits in ninth with six points.

In the end, the San Antonio Scorpions scored just enough to get past FC Edmonton.

The Scorpions picked up a 3-2 victory over the Eddies, snapping the hosts’ 10-game home unbeaten streak in the process. League-leader Omar Cummings opened the scoring with his fourth goal of the campaign before Daryl Fordyce leveled the game just before halftime.

Fordyce then equalized again in the second half to cancel out a Billy Forbes finish. But Forbes went on to score the winner, snatching the ball from a defender before finishing to earn the Scorpions’ second straight win.

The Scorpions climb up to eighth with the victory, while the Eddies currently sit in seventh place.

SILVERBACKS PICK UP DRAW WITH ARMADA

The Atlanta Silverbacks finally found a goal, but it didn’t prove to be enough against the Jacksonville Armada.

Hans Denissen broke his side’s three-game goal drought, but the Silverbacks were forced to settle for a 1-1 draw with the Armada at Atlanta Silverbacks Park.

It took just seconds for Denissen to find the back of the net, scoring in the opening minute of his first league start since last October’s stint with the Cosmos. Alhassane Keita provided the equalizer in the 20th minute with his third goal of the season, earning the teams a share of the points.

The Silverbacks, who have drawn four straight at home, sit in fifth place with eight points through seven games. The Armada, meanwhile, pick up their 10th point of the season to move into third and currently sit five points out of first with a game in hand.